After Slow Start, States Are Flush With COVID-19 Antiviral Pills. But Federal Data Shows Some Are Slow to Give Them Out

Georgia and Mississippi have dispensed just 16% of doses from U.S. government 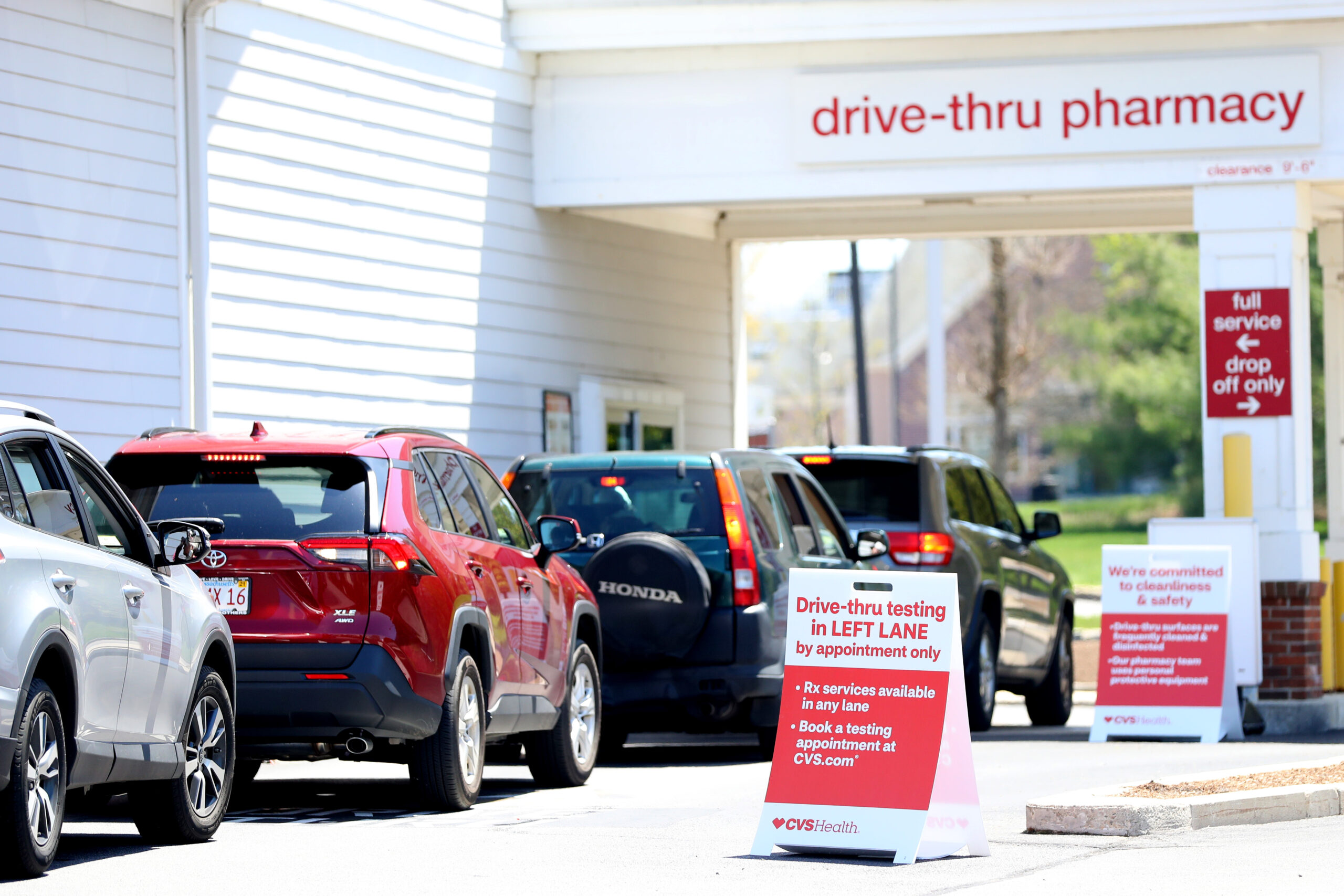 Cars line up for a drive-thru coronavirus (COVID-19) test at CVS Pharmacy on May 15, 2020, in Carver, Mass. A recent analysis from the online drug discount platform GoodRx Holdings Inc. found that in the first months after regulators authorized Paxlovid, counties that did not receive any of the treatment were more likely to be rural and to lack hospitals and pharmacies where patients could have found the pills. (Maddie Meyer/Getty Images)
By Gaby Galvin

The Biden administration is betting on widespread access to antiviral pills to blunt the worst outcomes of COVID-19 and prevent future waves of hospitalizations and deaths, but an analysis of federal data shows that many states have been slow to give out the doses they’ve received.

Across the country, states ordered some 5.4 million doses of the antiviral pills from Pfizer Inc. and Merck & Co.-Ridgeback Biotherapeutics LP by June 12. But they had dispensed roughly 1.7 million, or 31%, of those doses, according to a Morning Consult review of federal data. Those levels ranged from 16% in Georgia and Mississippi to 47% in Arkansas. (Maine’s rate is inflated due to a data error, a state health official said.)

Meanwhile, a new report from the Centers for Disease Control and Prevention found that through late May, dispensing rates were lowest in the country’s most socially vulnerable ZIP codes, despite those communities having more sites available.

Taken together, the data shows how longstanding challenges around health care access are bearing out with at-home COVID-19 treatments. And it underscores that while supply of the antiviral pills may no longer be an issue, there are more hurdles ahead to ensure the medicine reaches patients equitably and in time.

“We’re still getting calls for people from 45 minutes away because the pharmacy there doesn’t have it,” said Anne Pace, who co-owns the independent Kavanaugh Pharmacy in Little Rock, Ark. “There’s so many small towns around, and in general, pharmacy access becomes difficult in any sort of small town.”

8 States Have Distributed Fewer Than 20% of Their COVID-19 Antiviral Pills
Across U.S., 31% of ordered COVID-19 antiviral pills have been given out and there are nearly 37,000 active test-to-treat sites

Source: Health and Human Services Department data on antiviral treatment orders as of June 12, 2022, and on antiviral availability at federal test-to-treat sites between June 7 and 21, 2022. Maine’s rate is not shown due to a data error confirmed by a state health official.

The challenges may be particularly acute in communities that rely on independent pharmacies, which typically don’t have clinicians on-site to prescribe medications. That means they can’t participate in the federal test-to-treat program, a Biden initiative that launched in March and allows people to receive antiviral pills immediately if they test positive for COVID-19 at a pharmacy-based clinic.

The administration credits the program with increased access to antiviral pills this spring. As of June 21, there were 36,528 active test-to-treat sites offering either Pfizer’s Paxlovid or Merck’s Lagevrio pills, Health and Human Services Department data shows. That’s roughly 11 sites per 100,000 U.S. residents.

“Equity and access are at the heart of our work, and we continuously look for ways to enhance access to these critical drugs,” an HHS spokesperson said, adding that more than 88% of Americans live within 5 miles of a dispensing site.

That wasn’t the case early in the antiviral rollout. A recent analysis from the online drug discount platform GoodRx Holdings Inc. found that in the first months after regulators authorized Paxlovid, counties that did not receive any of the treatment were more likely to be rural and to lack hospitals and pharmacies where patients could have found the pills.

Early in Distribution, Rural Counties Were Less Likely to Get Paxlovid

Share of the population, on average, with the following characteristics in counties that received or did not receive Paxlovid from January to March 2022:

Proximity to the pills doesn’t necessarily mean they are reaching patients who might benefit from taking them. Both Pfizer’s and Merck’s treatments must be prescribed within five days of symptom onset, and only certain high-risk people are eligible for them. Pfizer recently dropped a clinical trial testing the pills in lower-risk patients after early data showed little promise.

Doctors “must be aware of which therapeutics are available in their area,” said Dr. Sterling Ransone Jr., who works in a rural Virginia community and serves as president of the American Academy of Family Physicians. “Unfortunately, with limited supplies, it’s not always possible to obtain the medication of choice for the patient.”

Meanwhile, Pace said lower-income people may not seek or fill prescriptions for the antivirals as often as their wealthier counterparts, particularly if they test positive for COVID-19 on an at-home test and don’t have a regular physician to help them access the medicine.

The CDC data appears to bear out that hunch: As of late May, antiviral dispensing rates in high-vulnerability ZIP codes were about half the rate in better-off communities.

The Biden administration is continuing to work on the test-to-treat initiative, and the HHS spokesperson said officials will rely on telehealth to ensure access going forward. Meanwhile, CVS Health Corp., which provides prescriptions for the antiviral treatment at all of its 1,100 Minute Clinics, said it is also offering telehealth visits for people who have already tested positive for COVID-19 and want to know if they’re eligible for the pills.

Related: Most Long COVID Patients Are Seeking Help From Their Primary Care Doctor

A more lasting challenge may be payment rates for pharmacies that offer the pills, which are currently covered by the federal government. Those rates don’t take into account the time it takes to coordinate with clinicians and determine if a patient can safely take the pills with any other medications they have, said Kurt Proctor, senior vice president of strategic initiatives at the National Community Pharmacists Association, which represents independent pharmacies.

“I can’t afford to lose dollars on a prescription,” Proctor said. “When all of a sudden pharmacies have to buy these products, if they’re not confident in what they’re going to be paid for them, that’s going to chase some pharmacies away from participating.”

Some are already feeling the pinch, given the federal government is no longer covering the cost of COVID-19 treatments for people without health coverage — so while the pills themselves are free, providers can’t bill for the time they spend with uninsured patients.

Recently, after Pace said an uninsured woman came into her pharmacy with a Paxlovid prescription, “I was able to just give it to her, and honestly just eat the cost of the time that I spent with her, but there’s only so long that you can do that,” she said.

Pace cautioned that the pharmacy won’t be able to remain fully stocked with the pills once she’s on the hook to front the cost. And that could prove dire if there’s another local COVID-19 surge.

“If we have another rush and need 20 boxes in a day because everybody in the neighborhood needs it, it’s not going to be there,” Pace said.