Parents and students are concerned about the rising cost of college, though some are willing to pay more for the reputation of a university, writes Rahul Choudaha, managing director of higher education 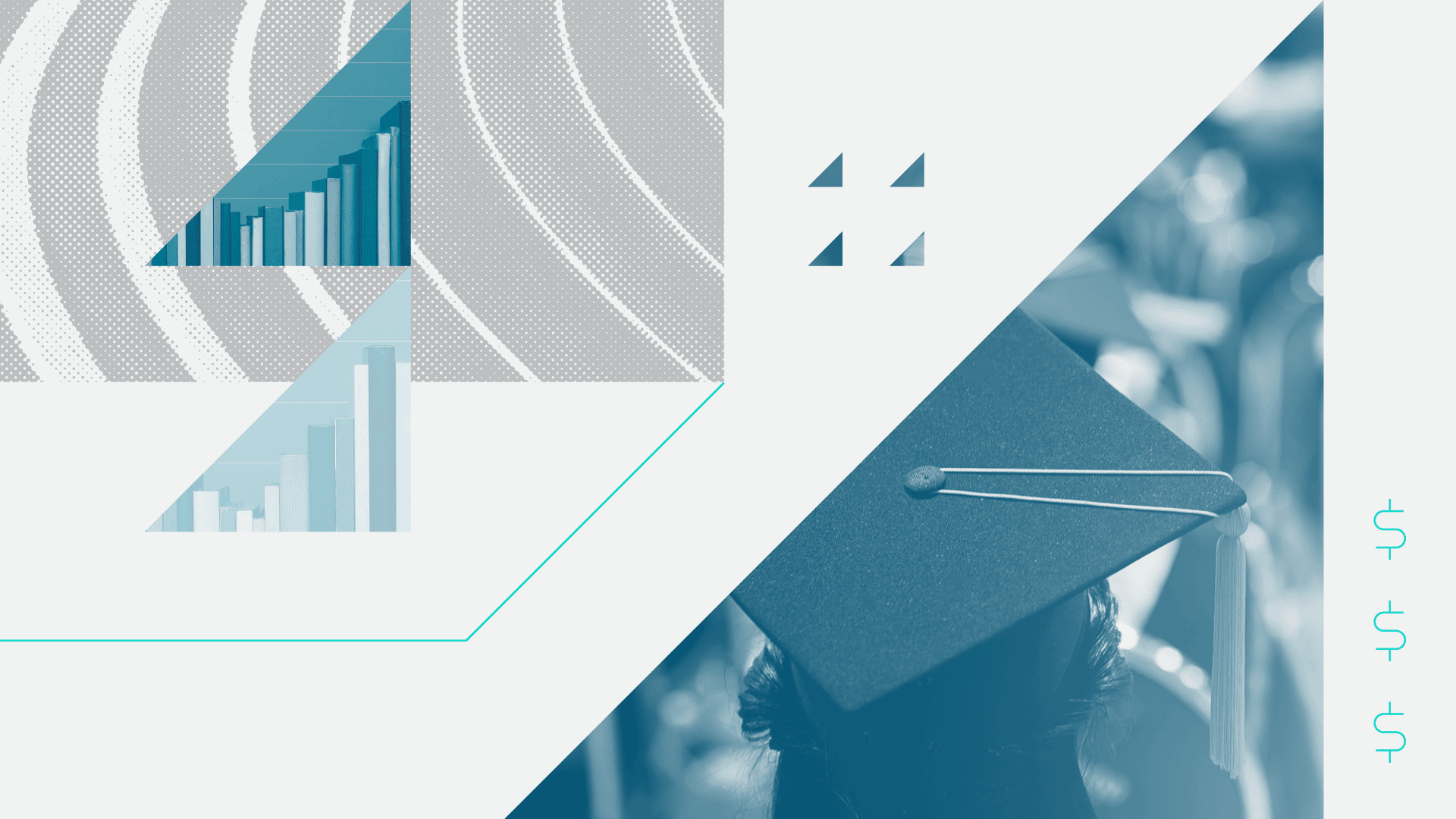 Morning Consult survey data shows that intense concern over the cost of a college does not align with the actual increases in university tuition fees, signaling some purse-tightening among Americans for categories such as higher education. This mismatch is even higher when considering the willingness to pay a premium for a university’s reputation. This implies that universities need to better understand the drivers shaping the perception of college cost and reputation among the segment of parents and students they want to engage with and influence in line with their mission and context. 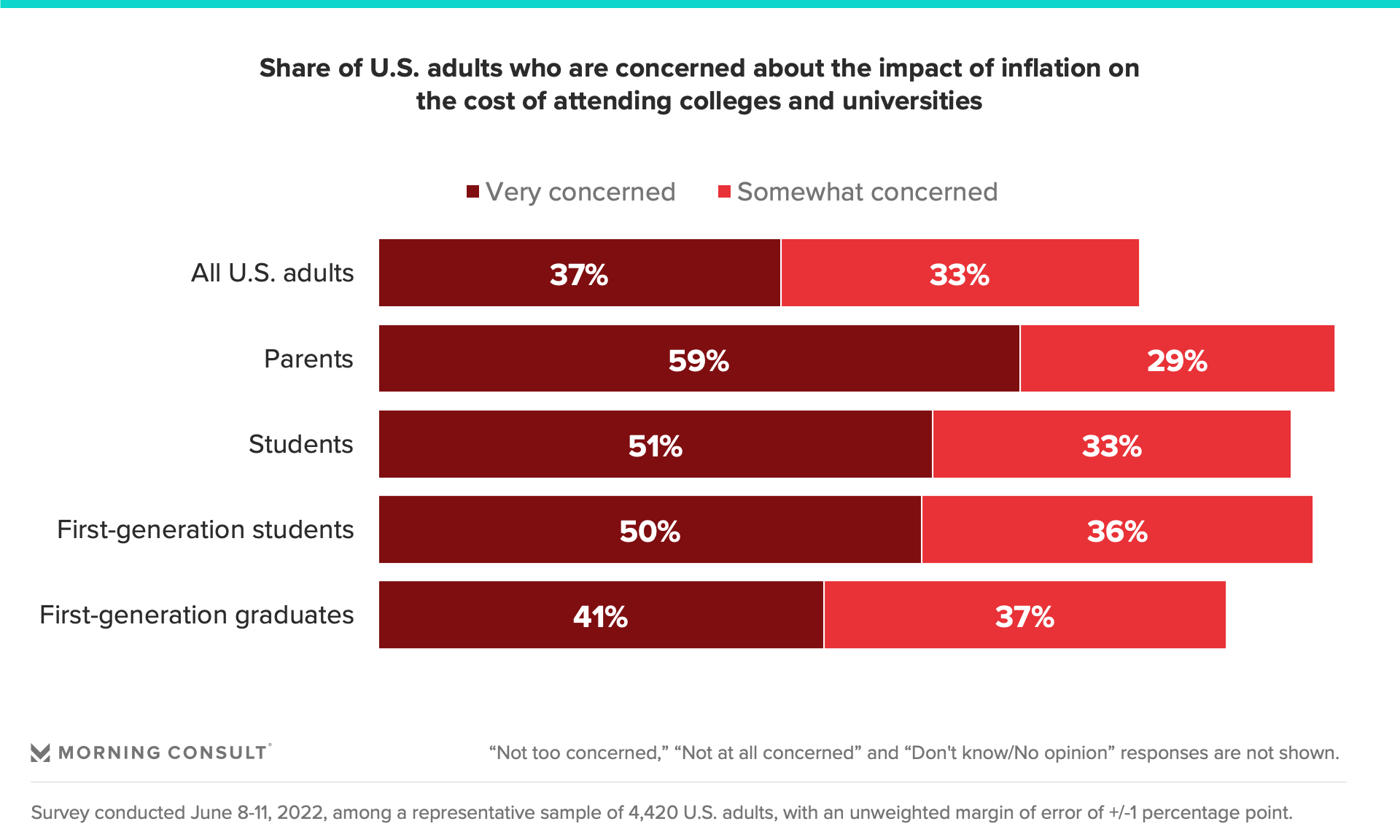 One reason for this heightened concern is the continuing narrative of the increasing cost of education, which already poses affordability challenges for many. In the survey, most adults (61%), along with roughly 2 in 3 parents and students, said they think universities and colleges are increasing tuition fees at a higher rate than current inflation.

But in reality, as of May 2022, most U.S. universities and colleges are responding to inflation worries with an increase in tuition fees of up to roughly half the 8.6% inflation rate, such as the University of Virginia’s 4.7% increase or Boston University’s 4.25% hike. Other universities, including Texas A&M University System, are not increasing tuition fees at all. Such concern over the cost of education, even with its relatively lower growth rate, suggests that millions of Americans remain sensitive to spending in categories such as higher education.

The importance of reputation vs. the cost of a university

This divergence between public perception about college costs and the reality is also useful to see from the lens of the reputation of a university. While 1 in 3 U.S. adults agree that “tuition fees of a university reflect its reputation,” another 29% disagree and 38% are neutral on the subject. The relationship between reputation and the cost of a university is far from universal, prompting further investigation into the differences in the impact of inflation on segments of the population.

To this end, the data reveals two broad segments of adults: reputation seekers and value seekers. Survey respondents were asked what they would advise someone in high school about attending a four-year college. The responses were nearly a three-way split — 38% of adults leaned toward a pricier college with a good reputation, while 33% said to go to a less expensive college despite reputational concerns and the remaining 29% said they didn’t know or offered no opinion.

One important takeaway, however, is that parents (52%) and students (48%) are more likely, by double digits, to be reputation seekers than value seekers. 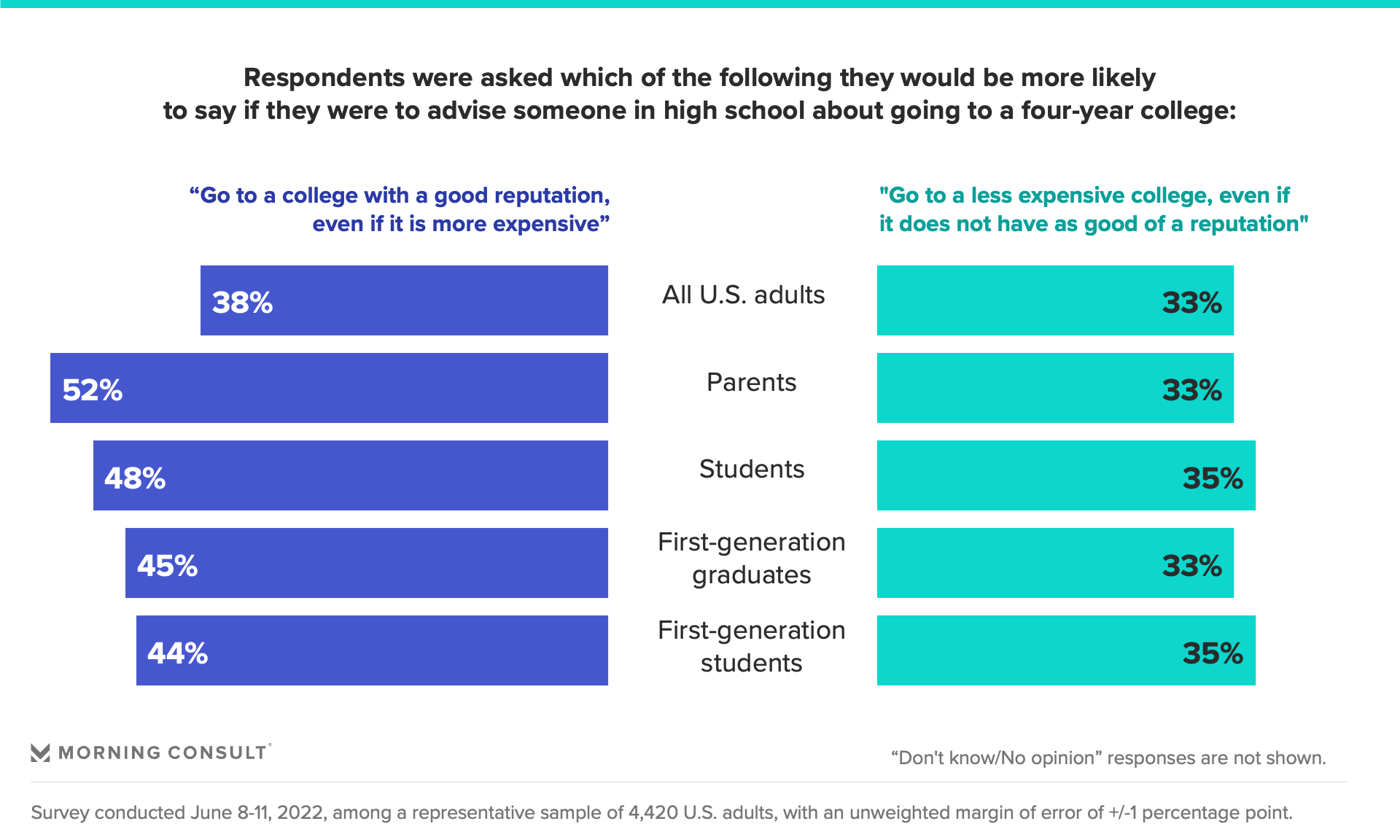 University reputation commands a premium even in inflationary times 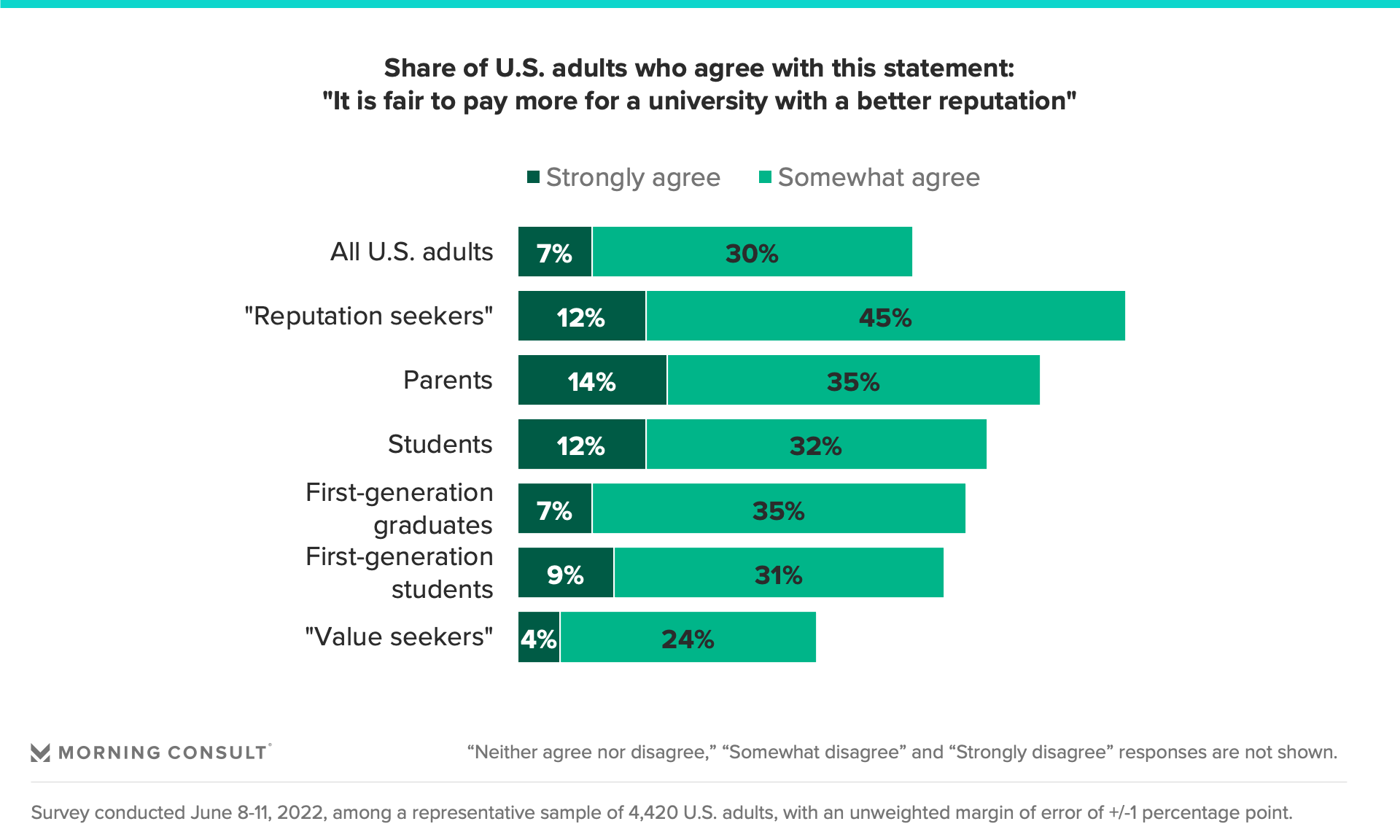 Inflation is threatening the growth trajectories of many sectors of the economy, and poses challenges for higher education as it continues to accentuate the level of concern among many parents and students. However, our survey research illustrates important divergences by segments of the population.

These insights have at least two key implications for higher education: First, they highlight the importance of measuring public perceptions on fast-changing issues to inform strategic decisions, and second, they show how much these perceptions vary by priority segments relevant to the university.

Looking ahead, enrollment headwinds remain a challenge for many universities and colleges, and overcoming them demands timely and relevant insights.