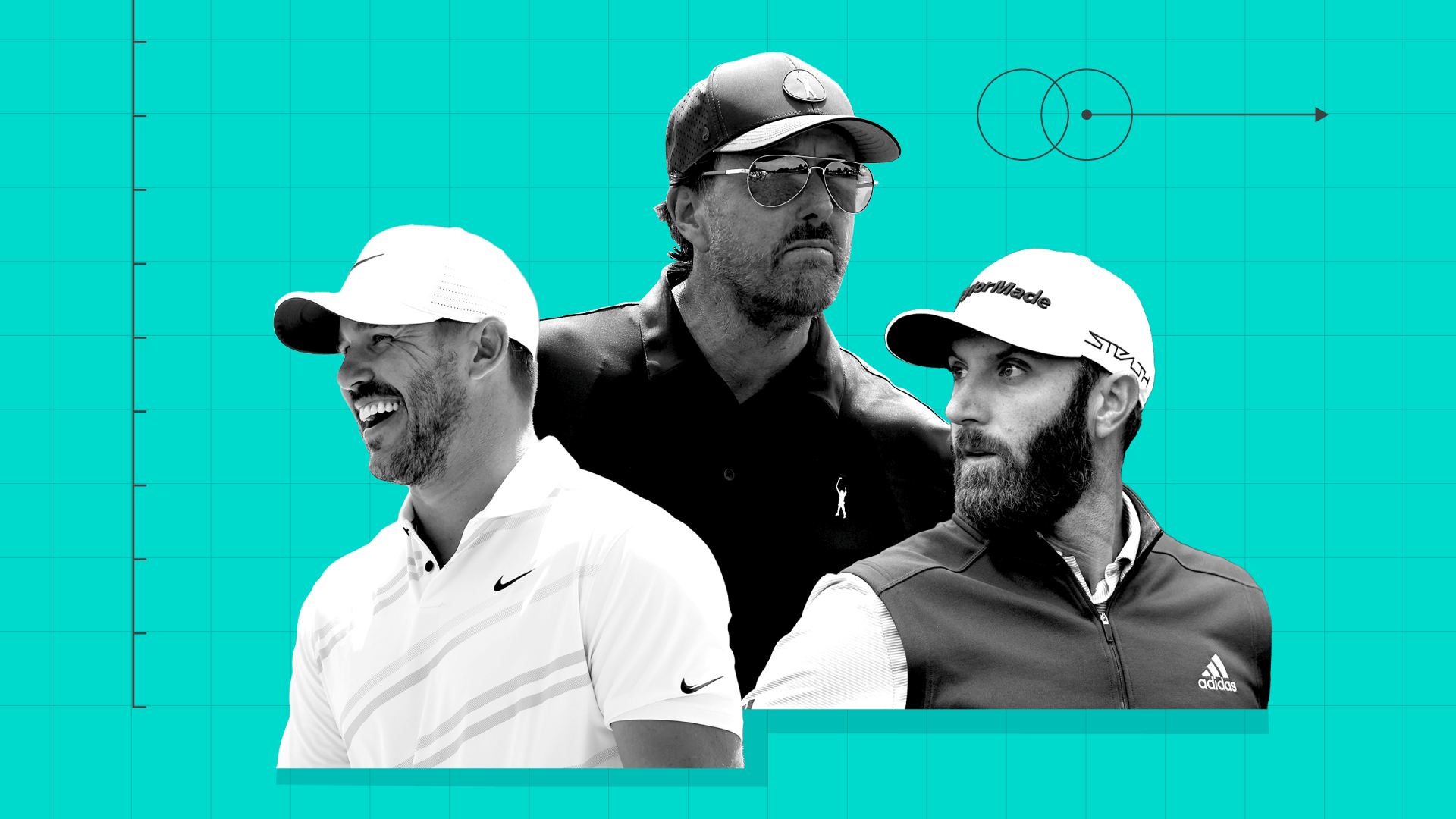 If Woods suddenly had a change of heart, it would be the biggest possible move for the controversial series, beyond securing linear TV distribution in the United States, according to some industry experts.

“There’s no other golfer that comes close in terms of the audience that will tune in at least once,” said Marc Ganis, president of Chicago-based sports consulting firm Sportscorp.

New Morning Consult data agrees. A recent survey among self-identified PGA Tour fans shows that having the world’s best players — and making matches accessible to watch — are the two most important factors to consider before watching a golf tour.

PGA Tour fans were asked how important the following factors are when considering whether to watch a golf tour:

While Woods hasn’t won a major since the Masters in 2019 and has competed just twice in 2022 following a right leg injury sustained in a car accident last year, the 46-year-old remains the most popular golfer on the PGA Tour and the sport’s most recognizable name. Executives noted how Woods’ built-in audience can be appointment viewing for casual and hardcore fans alike.

Only one golfer, Dustin Johnson, has competed in both LIV events to date and is included on the Official World Golf Rankings’ top 20 list. Johnson, who signed a deal reportedly worth about $125 million with LIV, currently ranks 17, while Kevin Na is the next best LIV Golf competitor at No. 33.

Those names, and other prominent golfers like Brooks Koepka, haven’t yet translated to fan interest in LIV Golf, though it’s still early days for the golf property, which boasts shotgun starts and no player cuts across a three-day, 54-hole format. The eight events in its inaugural year will feature more than $250 million in total prize money, a figure that dwarfs the PGA Tour’s purses.

“The competition is raising the stakes,” said Rick Burton, the David B. Falk professor of sport management at Syracuse and former chief marketing officer for the U.S. Olympic Committee. “LIV Golf will have to convince traditionalists and people who’ve only ever known the PGA Tour to consider something new.”

The LIV Golf series and Norman have received widespread criticism for being backed by the sovereign wealth fund of Saudi Arabia, which has been accused of human rights violations and was linked to the murder of Washington Post reporter Jamal Khashoggi in 2018.

In the past month, Phil Mickelson, Koepka, Bryson DeChambeau and Johnson moved from the PGA Tour to the fledgling golf league, signing deals reportedly worth in excess of $500 million collectively.

Critics have declared that LIV, along with some players’ decisions to support the new league, is an attempt at “sportswashing,” a practice designed to improve a person or country’s battered reputation or image through sports.

“Players have certainly had to balance their legacy versus their pocketbook,” said Andy McGowan, senior vice president and director of strategic initiatives at Washington, D.C.-based CommCore Consulting Group, a crisis and communications firm.

Spats both public and private have ensued between LIV Golf and the PGA Tour in recent months, many of which involved the sport’s biggest names. In February, Norman accused PGA Tour Commissioner Jay Monahan of “bullying and threatening” behavior toward players in addition to “unfair labor practices.”

The shares of PGA Tour fans who said they’ve seen, read or heard about the following events connected to the LIV Golf Invitational Series:

After the first LIV Golf event teed off in London last month, Monahan announced sanctions against 17 players, including Mickelson and Johnson, who defected to the series. In a letter to Tour members, Monahan wrote that players “are suspended or otherwise no longer eligible to participate in PGA Tour tournament play, including the Presidents Cup.”

In a passionate press conference on June 22, Monahan referred to LIV Golf as an “irrational threat” whose financial backers were trying to “buy the game of golf.” The Tour suspended another seven players, including Koepka and DeChambeau, as the second event kicked off near Portland, Ore., a week ago.

“If this is an arms race, and if the only weapons here are dollar bills, the PGA Tour can’t compete,” Monahan said.

A PGA Tour spokesperson said many of LIV Golf’s competitors “earned their stardom” and became “household names because of the global platform the PGA Tour provides.”

The constant strife has not been limited to executives, though. Pro golfer Rory McIlroy, a fan favorite and staunch supporter of the PGA Tour, characterized the LIV Golf series as “dead in the water” when Johnson and DeChambeau originally proclaimed their allegiances to the Tour in February.

Around the same time, Mickelson, a six-time major champion, entered the fray, saying in an interview that the Saudis were “scary motherf—ers to get involved with” despite supporting the new golf property. The remarks backfired for Mickelson, who saw marketing relationships with Workday, KPMG and Amstel Light end. Several PGA Tour members have continued to fire back; this week, world No. 15 Billy Horschel blasted LIV-aligned golfers as “hypocrites.”

Some experts cautioned that Mickelson’s drop in popularity might not be totally connected to his controversial comments and decision to join the Saudi-backed league.

The decline of Mickelson’s on-course performance (he currently ranks No. 89 in the world) and fans’ lack of familiarity with LIV Golf could be contributing factors, said Eric Pliner, chief executive officer of global strategy and leadership consulting firm YSC Consulting. Still, it’s clear that Mickelson’s choices have not helped his standing among fans. On the other hand, McIlroy may have endeared himself further by standing up for the PGA.

“Fans and consumers of all kinds appreciate and trust people that say what they stand for and what they won’t stand for,” said Pliner of McIIroy. “When he comes out and says, ‘This is not OK. I support the PGA Tour. I am aligned to the PGA Tour, and these are the reasons,’ fans appreciate the clarity and directness of that message.”

LIV Golf live streams coverage in the United States on Meta Platforms Inc.’s Facebook, Google’s YouTube and its own website, in addition to sports streaming service DAZN. Viewership has been modest through two events, and executives agreed that LIV Golf must put its programming where sports fans are already accustomed to watching.

“If I was LIV Golf, my first priority would be to ensure the greatest amount of eyeballs, and until they get a substantial U.S. television deal, that’s going to be holding them back,” said Ellen Zavian, a sports industry veteran and professional lecturer at George Washington Law School.

Steve Patterson, president of Pro Sports Consulting and former senior executive with the Arizona Coyotes and Portland Trail Blazers, echoed Zavian’s statement. He noted that the “tipping point” for LIV Golf is when the property gets “enough distribution on traditional channels like network, cable and streaming that it starts to operate and look more like a business in the traditional sense.”

“Are there then sufficient sponsors to support that and who want to have their brand associated with a thugocracy?” Patterson added. “That’s a tough putt.”

Some executives acknowledged that LIV Golf is fighting an uphill battle in a sport that is known for its long-standing traditions. In order to generate awareness and attract more interest, the series needs to go beyond signing the world’s top golfers, they said.

Ganis suggested further emphasizing some of the series’ innovations, like providing a more intimate level of access to players via more microphones and experimenting with how the new league is presented on broadcast. He also said it should investigate how to become more gambling friendly — states and sportsbooks in the United States have thus far implemented varied strategies with LIV Golf.

On-screen graphics keep fans updated in real-time on all 48 golfers’ positions, similar to a NASCAR race. LIV Golf has also leveraged drone technology and mobile steady cameras for its broadcasts.

Syracuse’s Burton suggested that LIV Golf should act as counterprogramming to the PGA Tour, staging its bigger events during the Tour’s weaker tournaments to attract fans who want to watch the best competition.

“These two competitors are now in a duel to see who will be the most efficient at presenting professional golf,” Burton said. “Over the next couple of years, it will start to become very obvious who is doing a better job.”

In the meantime, Ganis said that LIV Golf is “going to need to be happy with a niche for the foreseeable future” as the Saudis assess how to further allocate their immense financial resources.

“We will find out if the Saudi money will be there at the same order of magnitude for a niche sport three years from now,” he said. “If you ask me, 10 years from now, ‘which of these two organizations are likely to be operating in a major way?’ I’ll say it’s the PGA Tour.”