Should Hollywood Stop Filming in States That Ban Abortion? Americans Are Divided

Gen Z audiences express the most interest in content with themes related to reproductive rights, per a new survey 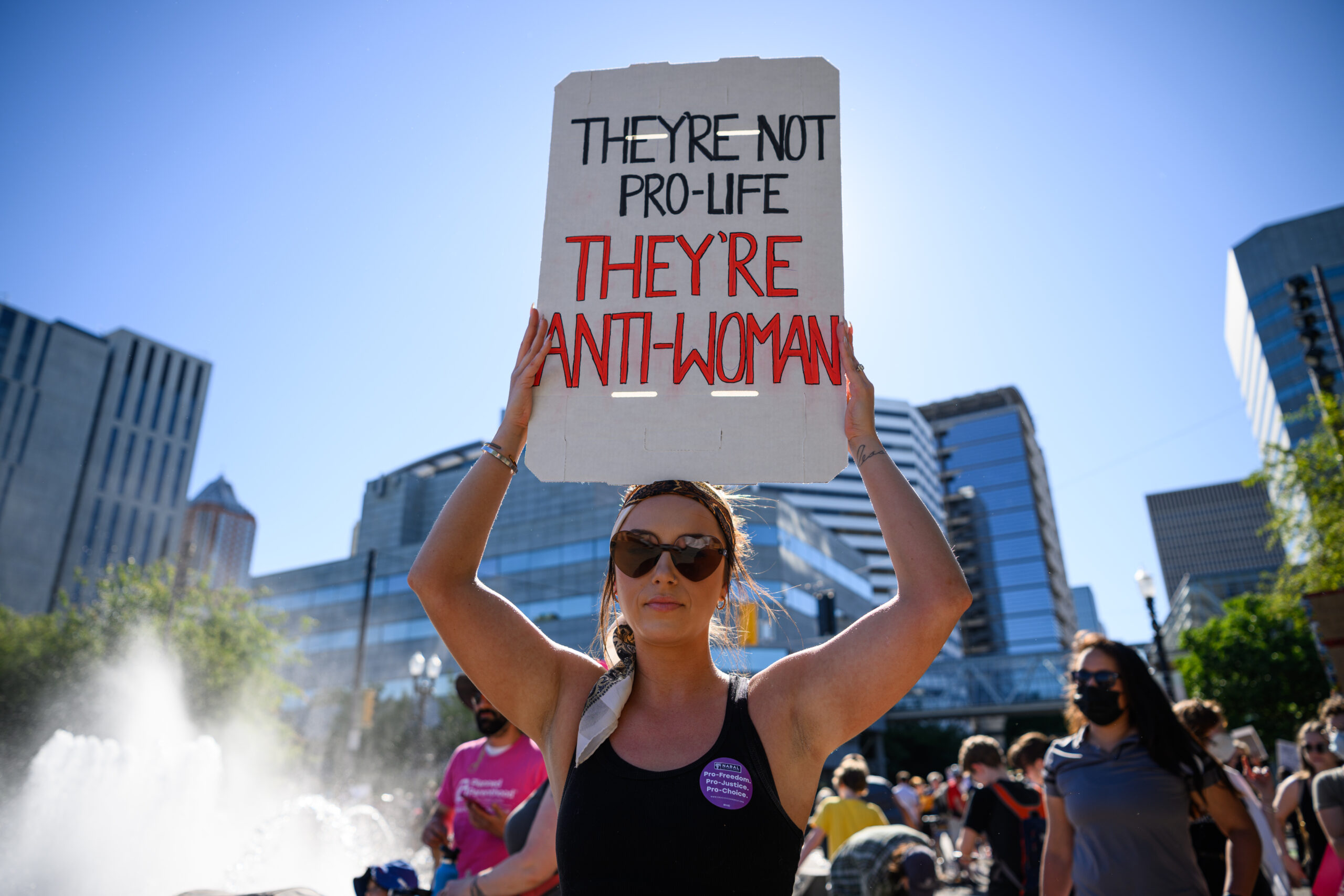 People gather to protest the Supreme Court's decision to overturn Roe v. Wade on June 24 in Portland, Ore. More than half of U.S. adults (52%) said it's appropriate for Hollywood companies to donate to organizations that support reproductive rights, according to new Morning Consult data. (Mathieu Lewis-Rolland/Getty Images)
By Saleah Blancaflor

Nearly a month since the U.S. Supreme Court eliminated the constitutional right to abortion by overturning Roe v. Wade, Hollywood has done noticeably little in response to the controversial ruling. Consumers say they’re ready for the entertainment world to address it in some way, according to a new Morning Consult survey.

When Georgia passed a restrictive abortion law in 2019, Walt Disney Co., Netflix Inc. and several other major Hollywood companies threatened to pull projects from the state. Former Disney CEO Bob Iger said at the time that if the bill was made into law, it would be “difficult” for the company to continue working in Georgia, where it has filmed extensively thanks to its tax incentives. Some analysts have pointed out those incentives are likely the reason the industry is still largely silent on the issue even now that the right to an abortion is not just threatened in Georgia, but in dozens of other states. The Writers Guild of America is one of the few Hollywood entities calling for production companies and employees to boycott filming in states that pass abortion bans.

The survey found that the public is split on whether Hollywood should stop filming in states where abortion is banned. A majority of Americans, however, said it was appropriate for entertainment companies to donate to organizations that support reproductive rights.

U.S. adults were asked how appropriate it is for Hollywood production companies to do the following in response to states moving to ban abortion:

What’s next for Disney and the rest of Hollywood

In the last month, filmmakers and TV writers have spoken out about the importance of creating content that focuses on abortion and reproductive rights. Though less than 40% of U.S. adults said they’re interested in films, TV shows or documentaries depicting those themes, more than two thirds of Gen Z viewers would be interested. Some Hollywood companies have already adapted: HBO Max’s “Unpregnant” and Hulu’s “Plan B,” for instance, have explored these ideas while targeting young adult viewers.

The issue of filming in states that ban abortion, meanwhile, is tricky. While a majority of Americans expect some sort of response from Hollywood to the Supreme Court decision, many say that ceasing production in affected states punishes local workers. Democrat Stacey Abrams, a candidate for governor of Georgia, asked Hollywood not to boycott the state, as it’d devastate its economy and hurt its citizens.

Tax incentives to film in certain states are probably too lucrative for Hollywood companies to pass up — especially with Americans divided on the issue — but doing nothing at all is increasingly an untenable response.

The July 13-15, 2022, poll was conducted among a representative sample of 2,210 U.S. adults, with an unweighted margin of error of plus or minus 2 percentage points.