The Jan. 6 Hearings Hurt Trump With Independents. Will It Cost the GOP in November? 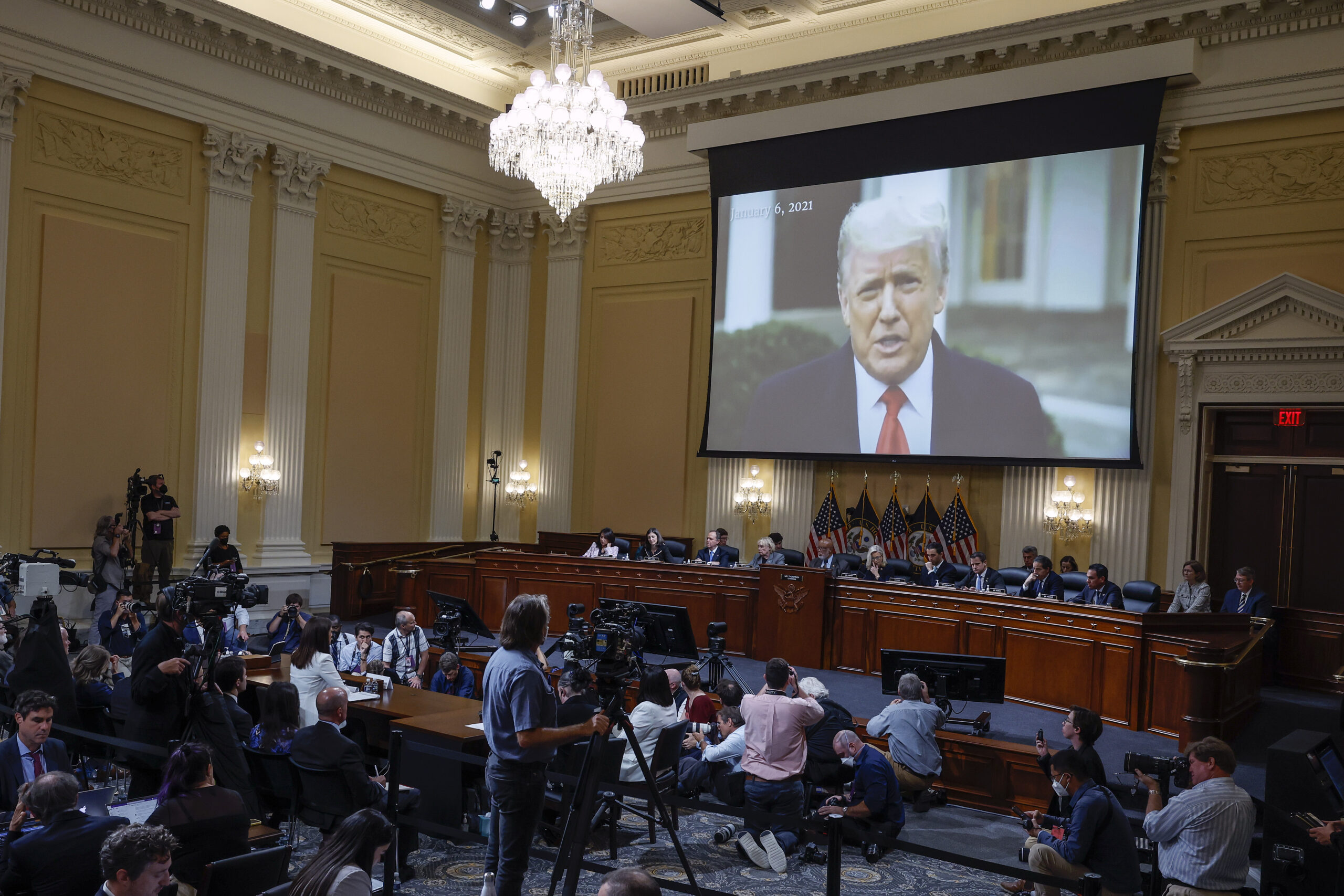 A video of former President Donald Trump is played during a hearing by the House Select Committee to Investigate the Jan. 6 Attack on the U.S. Capitol in the Cannon House Office Building on June 28. (Anna Moneymaker/Getty Images)
By Eli Yokley

The summer slate of hearings by the House committee probing the Jan. 6 Capitol attack may not be causing former President Donald Trump problems with his base, but a new Morning Consult/Politico survey suggests it might be a different story with unaffiliated voters, who have grown more likely to blame him for the insurrection and to say they plan to vote for a Democrat for Congress in November — a bright spot in a midterm election year that looks tough for the party in power.

Share of voters who said former President Donald Trump was at least somewhat responsible for the events that led to the Jan. 6 Capitol attack 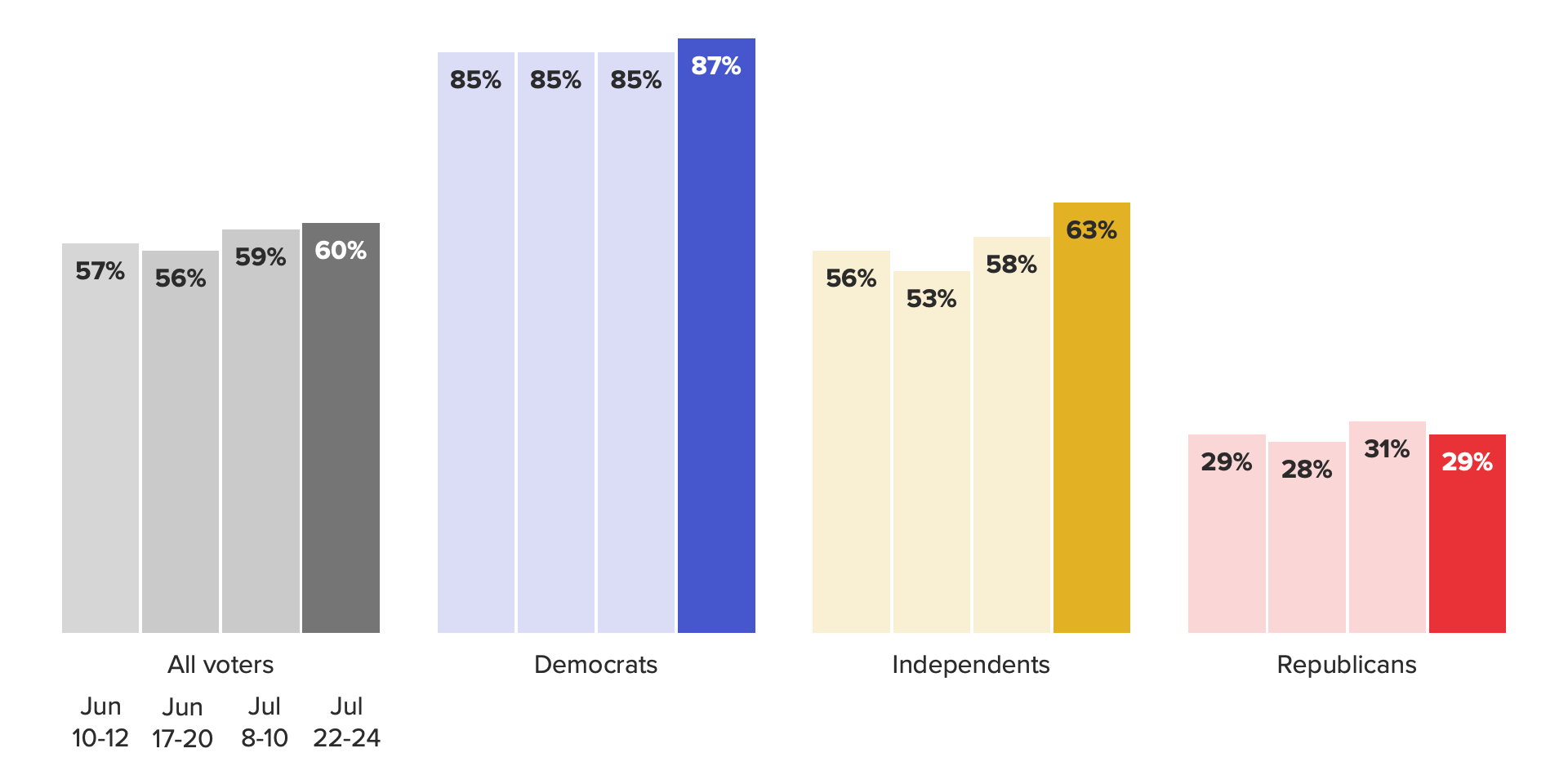 How the Jan. 6 hearings impacted views about Trump and Jan. 6

How Jan. 6 may affect the midterms

Democrats are facing a dismal political environment ahead of the midterms, which are historically a referendum on the party in power. President Joe Biden’s dire approval ratings suggest his party faces a big challenge in campaigning on its record. That’s where Trump, the GOP’s unpopular standard bearer who is flirting with another presidential campaign launch in the coming months, comes in.

On the campaign trail, Democrats have already spent millions to help candidates in Republican primaries closely aligned with Trump’s movement in hopes of capitalizing on ill will against the former president, and the Jan. 6 committee is preparing to inject itself into the national conversation with more hearings in September, when voters are traditionally more likely to be attuned to the political debate.

While the panel’s public work didn’t happen in a vacuum (it came in the same time period that the Supreme Court overturned the Roe v. Wade decision that had protected abortion rights nationwide for nearly 50 years), recent data trends suggest the Jan. 6 hearings may have thrown a wrench into Republican efforts to take back the House and Senate this fall. 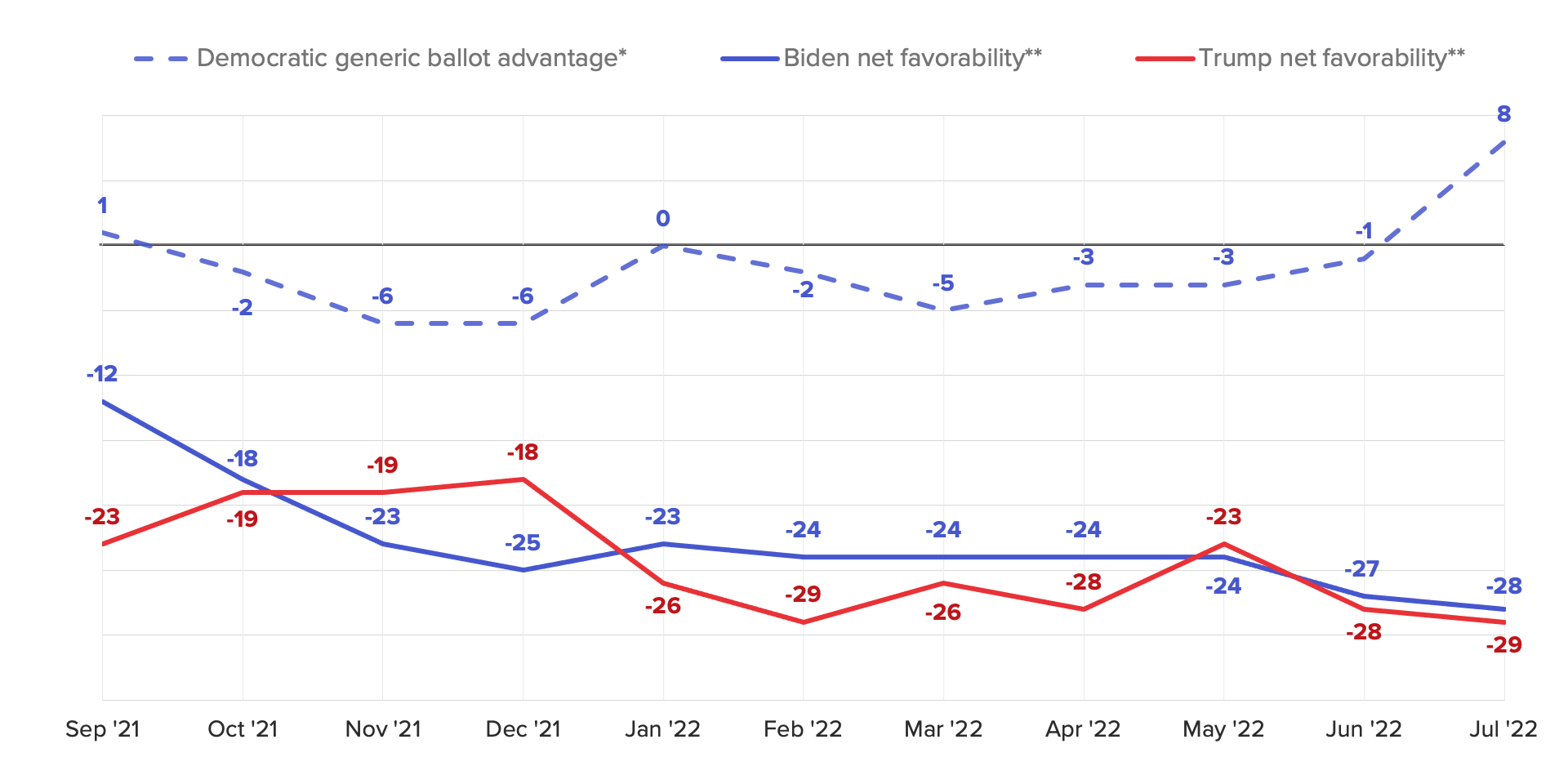 Trump, Biden and the generic ballot

The latest Morning Consult/Politico survey was conducted July 22-24, 2022, among a representative sample of 2,006 registered U.S. voters, with an unweighted margin of error of plus or minus 2 percentage points.