Will the Inflation Reduction Act Live Up to Its Name? Just 1 in 4 Voters Think So

But at least half of voters still support the individual provisions in Democrats’ signature legislation, with the exception of fresh IRS funding 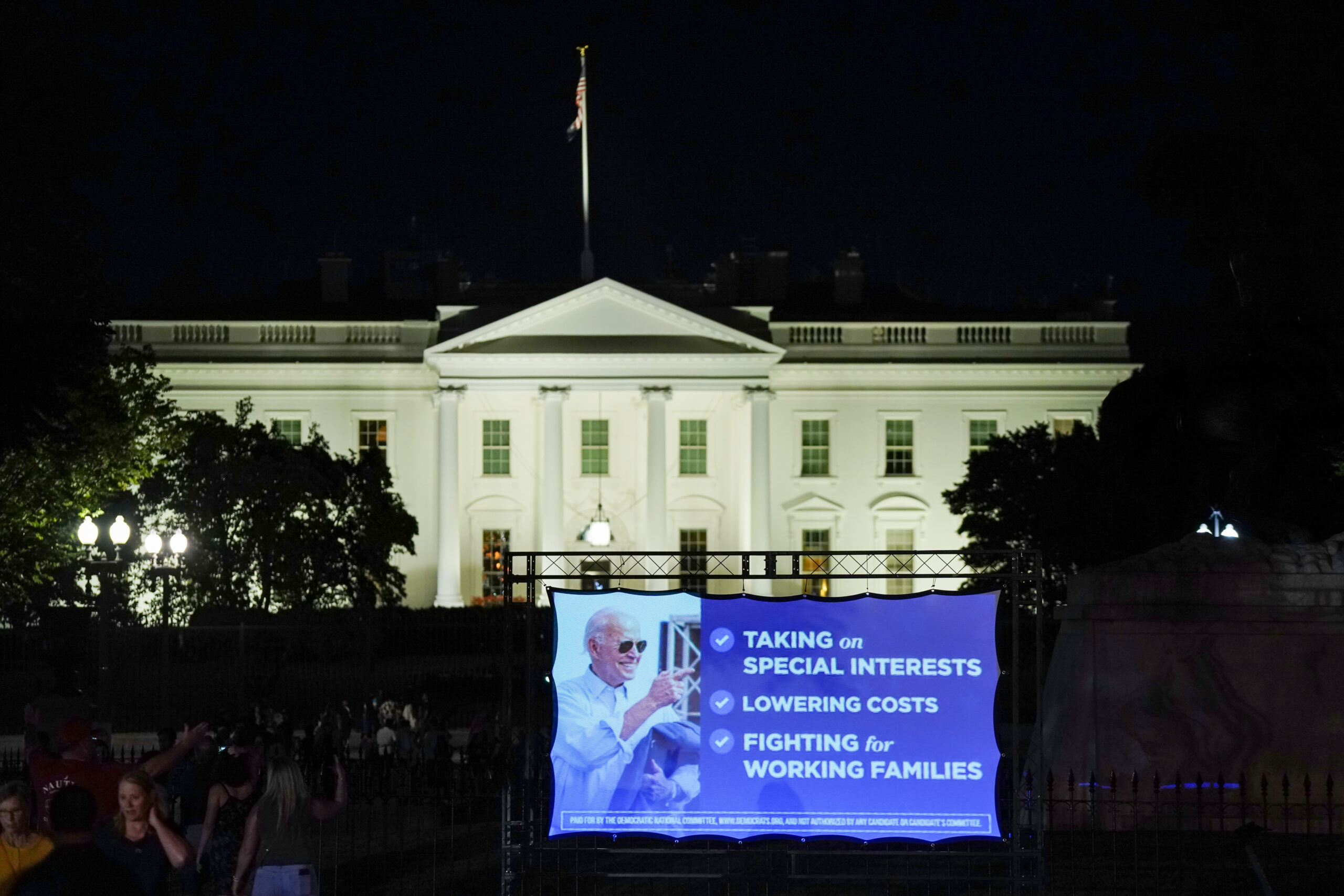 A projection thanking Democrats for the passage of the Inflation Reduction Act is displayed in front of the White House on Aug. 12, 2022. A Morning Consult/Politico survey found that 34% of voters think the IRA will make inflation worse, while 24% said it will make it better and 23% said it will have no impact. (Jemal Countess/Getty Images)
By Amanda Jacobson Snyder

Democrats’ hard-fought spending package was signed into law by President Joe Biden on Tuesday, delivering hundreds of billions for climate and health care policy initiatives as well as increased funding for the Internal Revenue Service. A new Morning Consult/Politico survey, however, finds an electorate skeptical that the Inflation Reduction Act will live up to its name, though still supportive of most of the individual measures that make up the package.

Respondents were asked if they think Democrats’ Inflation Reduction Act will make inflation better or worse, or have no impact at all on rising prices

Survey conducted Aug. 12-14, 2022, among a representative sample of 2,005 registered voters, with an unweighted margin of error of +/-2 percentage points. Figures may not add up to 100% due to rounding.

The Aug. 12-14, 2022, survey was conducted among a representative sample of 2,005 registered voters, with an unweighted margin of error of plus or minus 2 percentage points.