Inside Anime’s Rise to the Top of American Pop Culture

Anime fans, many of whom are millennial men, are most interested in TV or film adaptations of “Avatar: The Last Airbender” and “Pokémon,” according to Morning Consult data 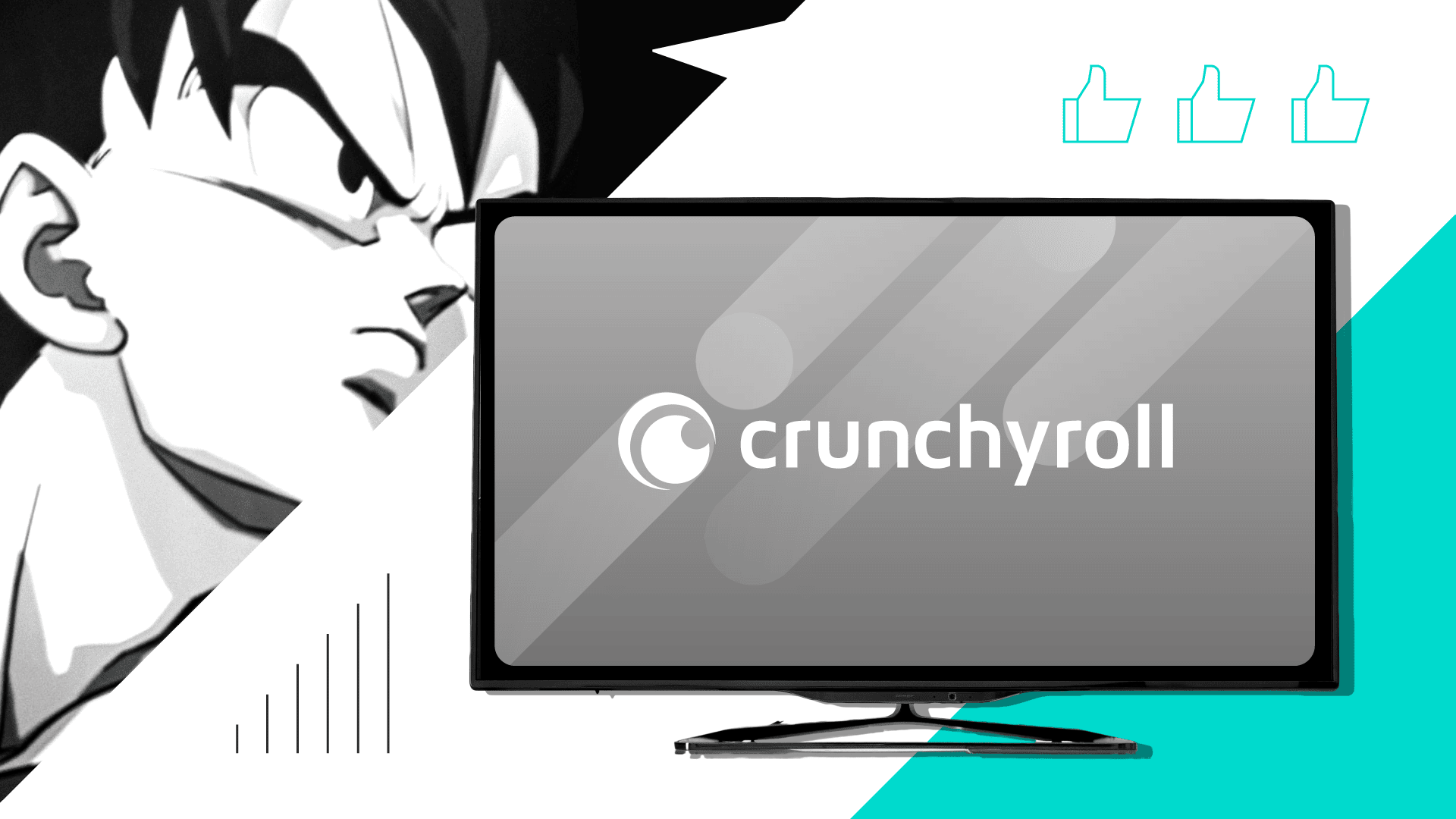 Anime is increasingly popular in the United States, where millennials have helped turn it from niche genre into mainstream juggernaut. (Getty Images / Morning Consult artwork by Monique Zarbaf)
By Saleah Blancaflor

Anime, the striking animation style that originated decades ago in Japan, was once considered a niche genre in the United States. Today, it’s anything but.

The global anime market size reached $22.6 billion in 2020 and is predicted to grow to $48.3 million by 2030, according to Precedence Research. Much of that growth is happening in North America, where merchandising and increased streaming penetration has put anime firmly in the mainstream in American pop culture. In 2020, Sony Pictures Entertainment Inc. acquired the U.S. anime streaming service Crunchyroll, which had 120 million users and 5 million paid subscribers as of last year, for $1.18 billion. More recently, “Dragon Ball Super: Super Hero” smashed the U.S. box office in August, earning $21 million in its opening weekend.

From “Sailor Moon” and “Pokémon” to “Cowboy Bebop” and “Naruto: Shippuden,” the most popular anime series are also creating communities of avid, impassioned American followers. That fandom was on full display at last week’s New York Comic Con, which attracted 200,000 fans to Manhattan’s Javits Center — a significant percentage of them there not to catch up on the latest superhero news, but to bathe in sold-out panels, exhibits and new footage for upcoming anime releases. Such a scene would have been unfathomable as recently as the 1990s, before series like “Dragon Ball Z” popularized in America what was already mainstream in Japan.

Anime is “not a genre, but a medium and a lifestyle,” Asa Suehira, Crunchyroll’s chief content officer, said, explaining the palpable enthusiasm that coursed through the Javits Center. Crunchyroll’s spot on the Comic Con show floor didn’t take up quite as much real estate as Marvel’s, but it’s getting there.

New Morning Consult data shows anime fandom in the United States is driven largely by men and millennials. Many of them who came of age in the 1990s watching “Pokémon” and “Dragon Ball Z” are now coveted consumers, helping to turn their kids into anime fans themselves. The Morning Consult data revealed that half of anime fans said they originally became interested in anime because of a recommendation from friends or family.

The demographic profile of respondents who said they are anime fans

Survey conducted Sept. 30-Oct. 2, 2022, among a representative sample of 738 self-identified anime fans, with an unweighted margin of +/-4 percentage points.

“The love of anime is now being passed from generation to generation, and if you go to any anime convention, you will see parents and children alike enjoying it,” Suehira said. “It’s something special to see parents passing the torch.”

It also helps that celebrities, including musicians and professional athletes, have vocally embraced their love of anime — as seen in recent Crunchyroll merchandise collaborations with Lady Gaga and Megan Thee Stallion.

“No doubt that has made an impact on bringing younger fans into the anime ecosystem,” Suehira added.

Manga, a style of Japanese comic books and graphic novels that often shares a visual style with anime, has also helped create new anime fans in the United States. Morning Consult data found that 22% of Gen Z adults and 21% of millennials said they originally became interested in anime because of manga.

“There’s such a great synergy between manga and anime,” said Taylor Grant, head of global animation at Wattpad WEBTOON Studios. “It’s a short jump from the comic to anime space, which makes our job really exciting.”

The U.S. streaming industry has embraced anime, with Crunchyroll emerging as a key player in delivering a wide range of content to fans. Founded in 2006, Crunchyroll offers more than 1,000 anime titles for $8-$15 per month. The service’s app exceeded 100 million downloads in July across iOS and Google Play, per data.ai. (Crunchyroll would not share how many paid subscribers it currently has.)

Netflix Inc. is increasingly tapping into the anime market as well. Half of the service’s 222 million subscribers watched some anime on Netflix in 2021, according to the company, while Morning Consult data found that more than a quarter (27%) of anime fans said they watched anime at least once per day on Netflix in the last month. Netflix, which announced at April’s AnimeJapan convention that it would soon launch 40 new anime titles, recently struck a new distribution deal with Nippon TV to add 13 popular anime titles to the platform, such as “Ouran High School Host Club” and “Death Note.”

The influence of anime and its eye-catching style is now being used in blockbuster Hollywood franchises, a sign that it’s truly been accepted in the U.S. mainstream. Warner Bros. Pictures plans to release the anime feature “Lord of the Rings: The War of Rohirrim” in April 2024, while Adult Swim recently ordered a “Rick and Morty: The Anime” spinoff series. About half of anime fans have seen, read or heard about both projects, according to Morning Consult data.

Anime has been “a huge piece of several streamers’ global strategies, in terms of trying to reach younger audiences,” said David Jesteadt, president of GKIDS, which produces and distributes feature animation for adult and family audiences, including the North American distribution of Studio Ghibli. “The ability that anime has to travel across a lot of different demographics and countries is what makes it appealing for export.”

That crossover appeal is starting to show up at the American box office. In the last two years, multiple films based on popular anime titles have found success, despite the coronavirus pandemic’s effects on theater attendance. In 2021, Toho and Aniplex’s “Demon Slayer the Movie: Mugen Train” became the second highest-grossing anime feature film at the domestic box office by earning $45 million, while Crunchyroll’s “Dragon Ball Super: Super Hero” took the top spot in its debut weekend beating out the Idris Elba-led action thriller “Beast.”

The Morning Consult data suggests anime fans are most interested in seeing film or TV adaptations of familiar franchises such as “Avatar: The Last Airbender,” ‘Pokémon” and ‘“Dragon Ball Z.”

Respondents were asked if they would be interested in seeing a film or TV adaptation of the following anime franchises:

Toei Animation and Crunchyroll may soon have another hit on their hands: “One Piece Film: Red,” which premiered at New York Comic Con to a sold-out audience and hits North American theaters on Nov. 4, is among several highly anticipated anime projects set to release this fall. According to the Morning Consult data, more than 2 in 5 anime fans (43%) said they are interested in seeing the movie, which is already dominating the Japanese box office with $116.2 million in sales in two months.

Crunchyroll’s Suehira argued that anime has reached a point in its U.S. lifespan that its continued success should no longer shock Hollywood.

“The entertainment industry continues to raise surprised eyebrows,” he said. “But we’re not surprised.”