Roughly half of Republicans and 7 in 10 Democrats support the measure, which comes as the Biden administration releases 15 million barrels of oil from the SPR 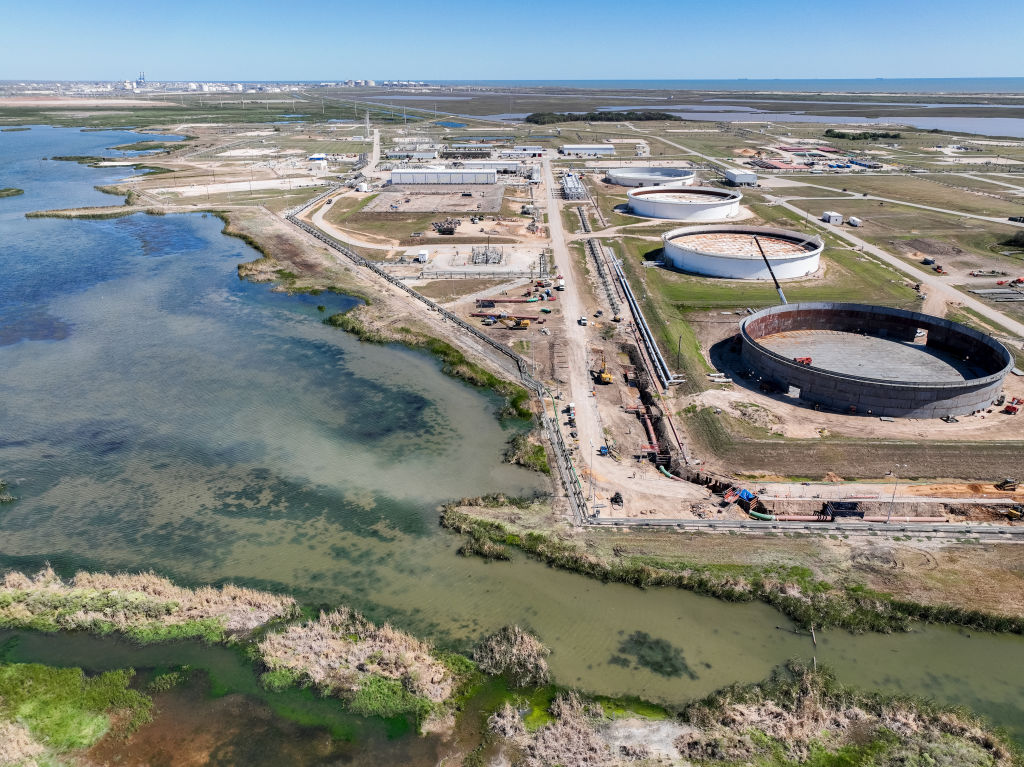 In an aerial view, the Strategic Petroleum Reserve storage at the Bryan Mound site is seen on Oct. 19, 2022, in Freeport, Texas. (Brandon Bell/Getty Images)
By Julia Martinez

In his latest effort to lower energy costs across the nation, President Joe Biden announced last week that he would release an additional 15 million barrels of crude from the Strategic Petroleum Reserve, part of an earlier planned release of 180 million barrels total. While the move won’t happen until December, a new Morning Consult/Politico survey finds more than half of U.S. voters support releasing oil from the SPR.

Voters were asked whether they support or oppose the following methods that the federal government could pursue to reduce gasoline prices:

Survey conducted Oct. 21-23, 2022, among a representative sample of 2,005 registered voters, with an unweighted margin of error of +/-2 percentage points.

The Biden administration’s December release of 15 million barrels of crude from the Strategic Petroleum Reserve comes amid rising energy costs just before the midterm elections.

The SPR acts as an emergency supply of crude for the nation and can hold up to 714 million barrels in underground salt caverns along the Gulf Coast. As of last week, officials said the SPR held about 400 millions barrels of crude.

The move in March announcing the release of 180 million barrels did not do much to stifle sky-high gasoline prices this summer. The most recent announcement has largely been criticized by Republicans, who tend to favor domestic production policies and are using high energy prices to sway voters. Meanwhile, Democrats have praised the recent release as they face midterms that have the potential to reshape Congress while having to quell voter concerns about inflation and cost of living.

But while Biden has promised to refill the reserve when oil prices hit between $67 and $72 a barrel or less, hoping that producers will drill more, higher drilling costs and lower short-term crude prices are not sparking much drilling interest from oil companies.

Oil industry trade groups and companies have also largely come out in opposition to a possible fuel export ban, which would theoretically help refill the reserve, although the Energy Department said such a measure was not being considered currently but has not been completely ruled out.

Prices surged this year after Russia’s invasion of Ukraine, while most recently the Organization of the Petroleum Exporting Countries and its allies, including Russia, voted to curtail production by 2 million barrels per day in an attempt to boost the oil market.

The latest Morning Consult/Politico survey was conducted Oct. 21-23, 2022, among a representative sample of 2,005 registered voters, with an unweighted margin of error of +/-2 percentage points.