33% of potential 2024 GOP primary voters would back the Florida governor if the 2024 primary were today, up from 26% ahead of the midterms 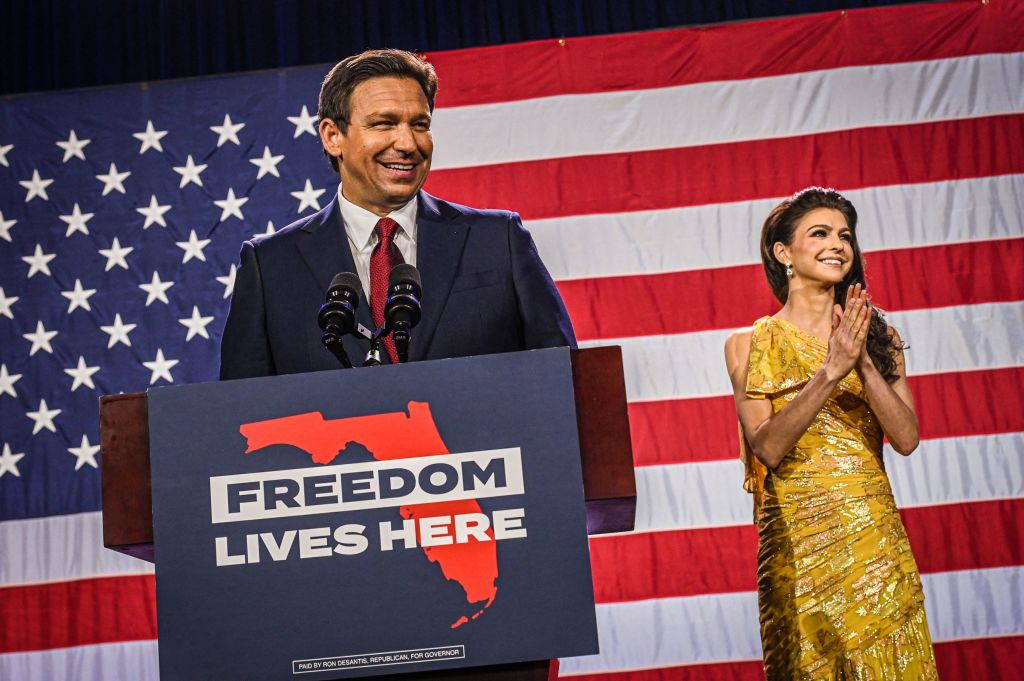 Florida Gov. Ron DeSantis speaks to supporters during a Nov. 8 watch party with supporters as his wife, Casey, looks on. (GIORGIO VIERA/AFP via Getty Images)
By Eli Yokley

Florida Gov. Ron DeSantis has seen a surge of support for a potential presidential bid since the midterm elections, Morning Consult/Politico tracking surveys show, as a number of Republicans distance themselves from former President Donald Trump — blaming him in part for the GOP’s underperformance in the Nov. 8 contests.

Share of potential GOP primary voters who would support the following if the 2024 Republican presidential primary were held today:

Trump looks more vulnerable than ever

Following the midterms, a handful of Republicans have sought to distance the GOP from Trump, blaming his presence on the political stage and elevation of controversial candidates he supported for the party’s underperformance in this year’s elections. DeSantis, on the other hand, scored a major electoral victory in Florida, which some GOP insiders are interpreting as a Trump-esque aptitude for stoking base turnout — but without alienating voters more closely aligned with the middle.

The data shows that Trump, who is poised on Tuesday evening to make what he’s promised to be a “very big announcement” from Palm Beach, is clearly still in the driver’s seat for 2024. But, he looks more beatable than he has before, leading his would-be challenger by just 14 points — comfortably the smallest margin measured so far in Morning Consult tracking.

Recent Dips in Support for 2024 Bids by Trump, Biden 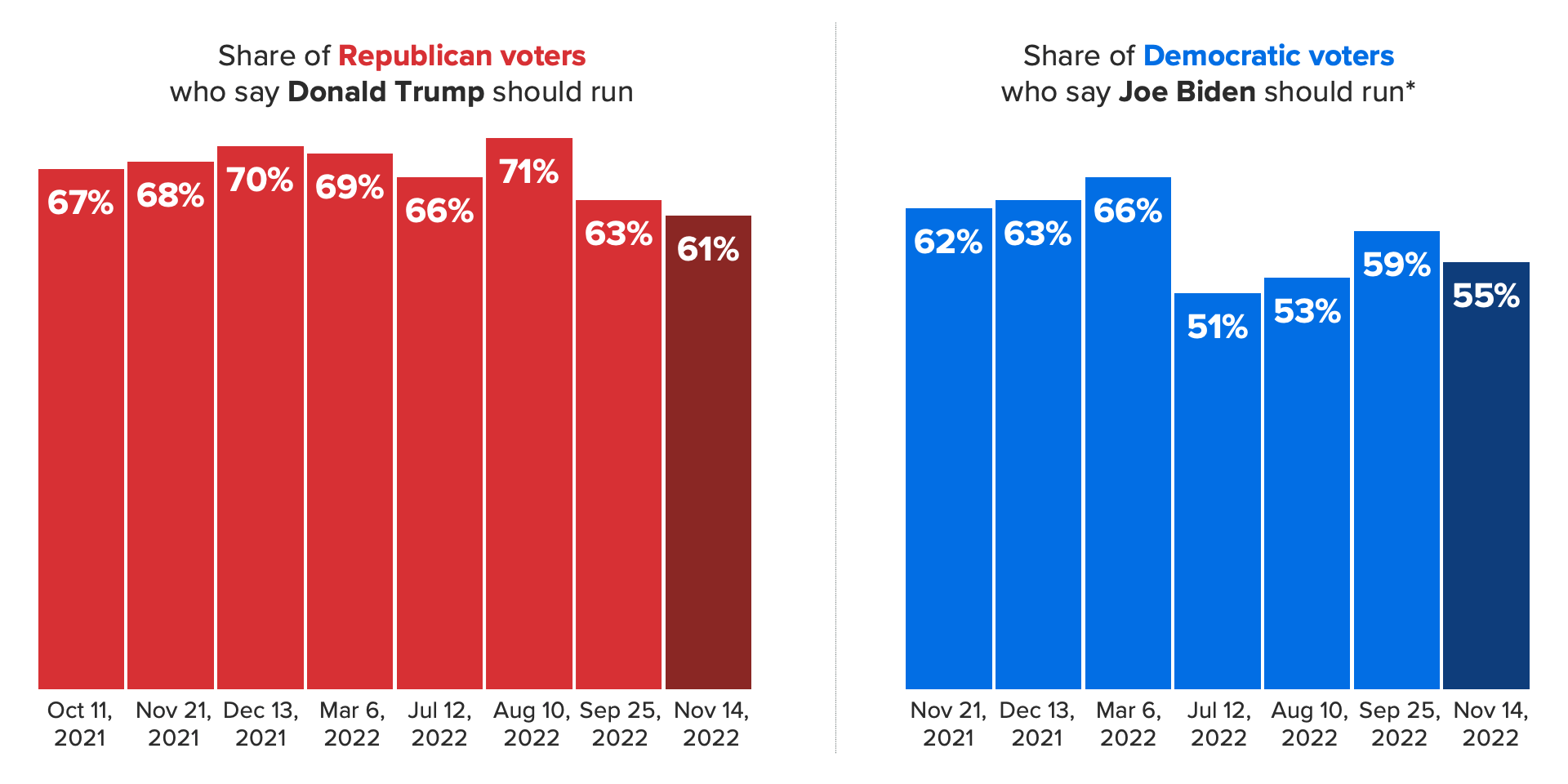 *The October 2021 survey did not test support for a Biden bid.
Each survey conducted in 2021 and 2022 among at least 655 Republican voters and 751 Democratic voters, with unweighted margins of error of +/-3 to 4 percentage points.

Fewer voters want Trump or Biden to run in 2024

The latest Morning Consult/Politico survey was conducted Nov. 10-14, 2022, among 842 potential Republican primary voters, with an unweighted margin of error of plus or minus 3 percentage points.