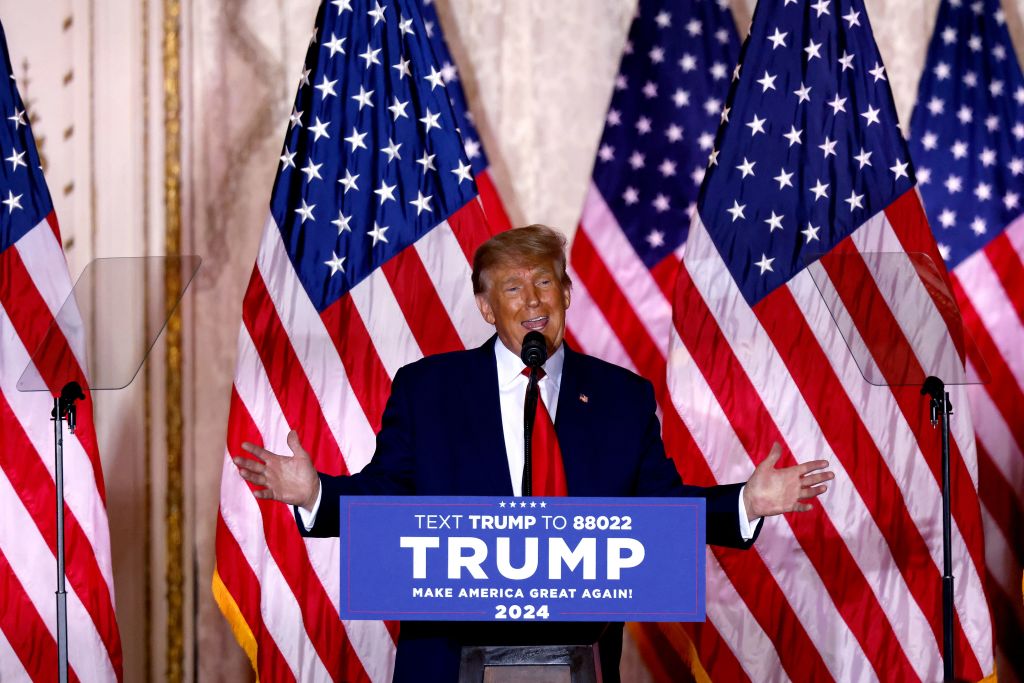 Former President Donald Trump’s 2024 campaign announcement appears to have been a dud, according to a new Morning Consult/Politico survey, which found his support against a hypothetical 2024 Republican field weakened a bit over the course of a week.

Trump Gets No Boost After 2024 Campaign Launch

Share of potential GOP primary voters who would support the following if the 2024 Republican presidential primary were held today:

Most Republicans want Trump to run, but most voters do not

The survey suggests that while DeSantis’ post-midterm momentum has stalled, Trump’s campaign launch — which 37% of GOP voters said they had seen, read or heard “a lot” about — did nothing to invigorate the Republican Party on his behalf.

At this point, the bulk of potential primary voters would prefer to nominate someone other than Trump. But that doesn’t mean the GOP wants to rid itself of the former president, either.

Roughly 3 in 5 potential Republican primary voters (58%) said Trump should run, higher than the 50% of registered Democratic voters who said the same of President Joe Biden. Both figures are at their lowest point, according to surveys conducted since October 2021.

Among the wider electorate, nearly two-thirds of voters oppose campaigns from Trump (63%) and Biden (65%).

The latest Morning Consult/Politico survey was conducted Nov. 18-20, 2022, among 849 potential Republican primary voters, with an unweighted margin of error of plus or minus 3 percentage points.