U.S. adults most likely to say they trust the Department of Education, Democratic lawmakers to handle country’s student debt burden 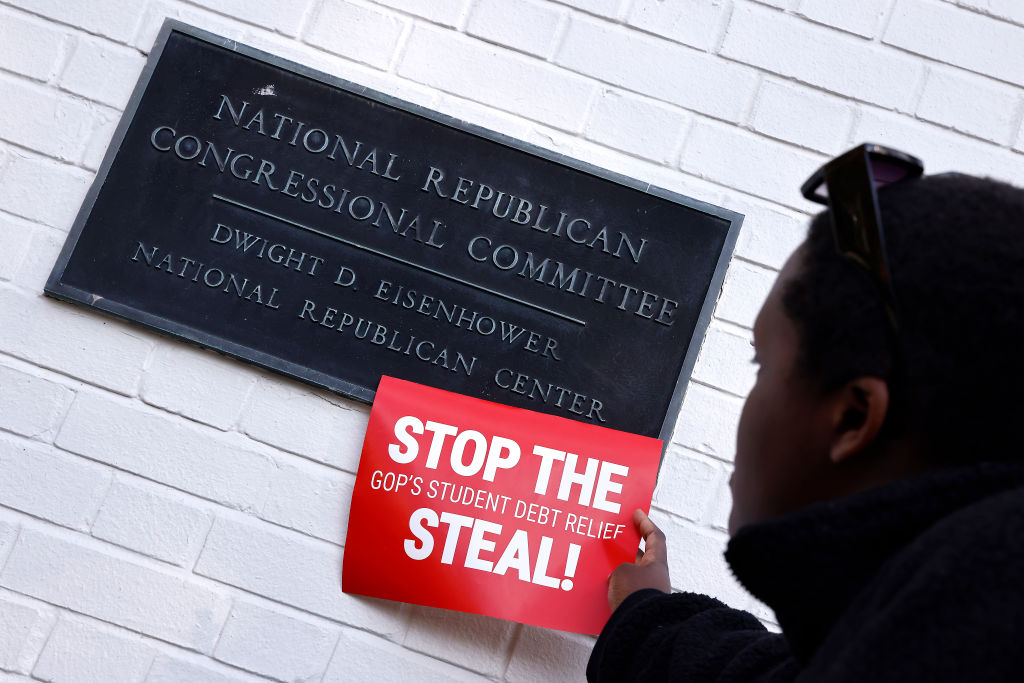 With the possibility of $10,000 to $20,000 of debt forgiveness for federal student loan borrowers now stuck in the federal courts, a new Morning Consult survey finds that Americans are most likely to blame conservative judges and Republicans in Congress for the hang-up. And as two-thirds of federal student loan borrowers report having struggled to repay loans in the past, a majority still expects to have trouble repaying when the current moratorium ends.

Conservative Judges, Republicans in Congress Most Likely to Receive Blame for Blockage of Student Loan Forgiveness

Respondents were asked to what extent they blame the following for postponing President Biden’s plan to cancel student loan debt: 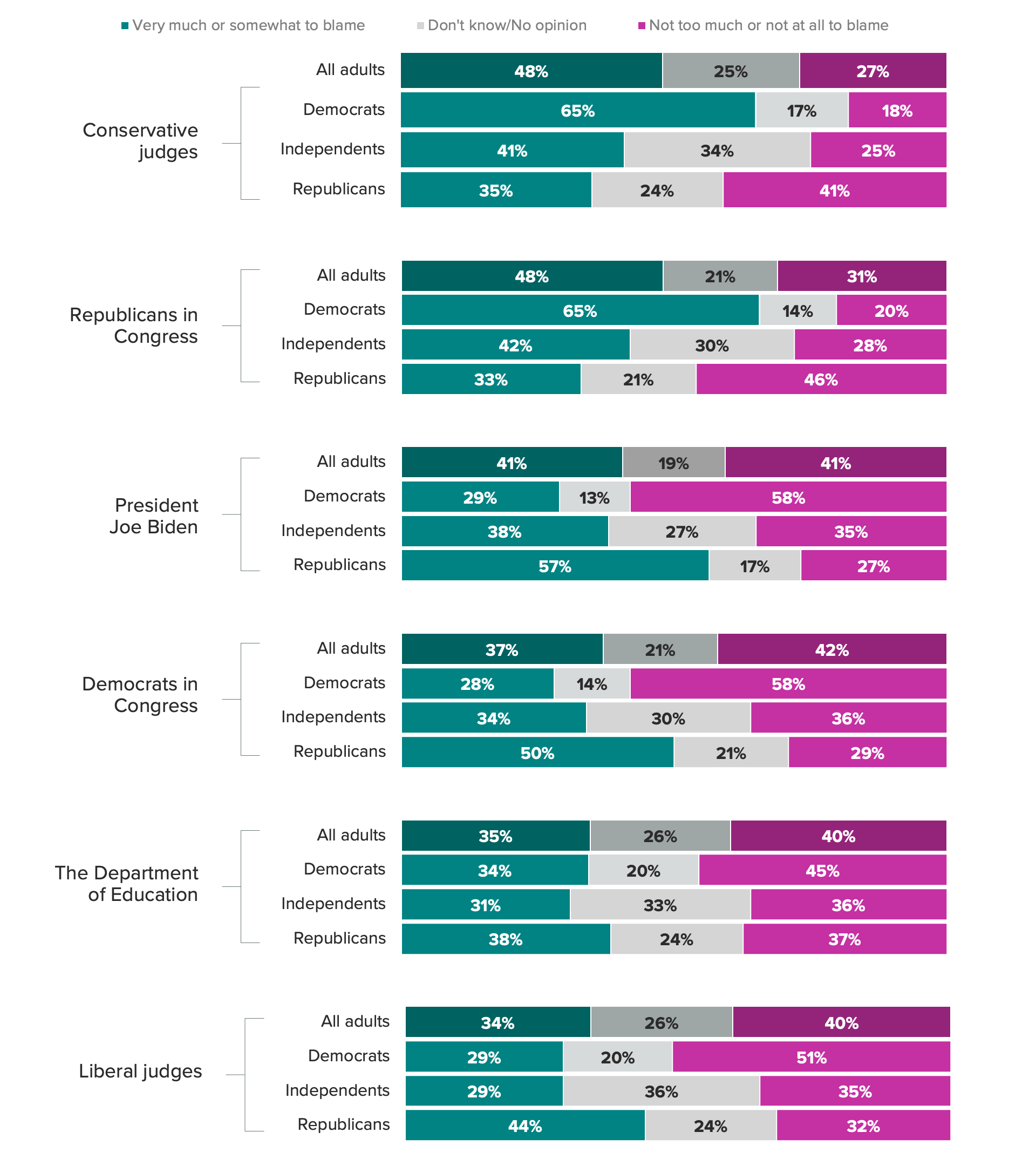 When it comes to student loan issues, the public is most likely to put its faith in the Department of Education

Survey conducted Nov. 18-21, 2022, among a representative sample of 677 U.S. adults with federal student loans, with an unweighted margin of error of +/-3 percentage points. Figures may not add up to 100% due to rounding.

Relief for borrowers now in the hands of the Supreme Court

When the Biden administration opened the application for its student debt relief program in October, applications began flowing in. With payments slated to resume in January 2023, the administration had indicated that it would issue no further extensions of the moratorium on interest and payments, which was instituted during the COVID-19 pandemic. But as legal challenges succeeded in appeals court and put the program on ice indefinitely, the administration was compelled to extend the pause a ninth time, with payments now resuming no later than 60 days after the June 30, 2023, deadline.

The Education Department said the latest extension should give the Supreme Court time to review and rule on the case, as requested by the White House on Nov. 18.

The Nov. 18-21, 2022, survey was conducted among a representative sample of 4,421 U.S. adults, with an unweighted margin of error of plus or minus 1 percentage point.

Correction: The original version of this story misstated the share of federal student loan borrowers who expect to have trouble repaying when the current moratorium ends. It is a majority.