Companies like Chipotle, BioSteel and Volkswagen are trying to keep an arm's length from the host country’s transgressions as they focus on future soccer investments 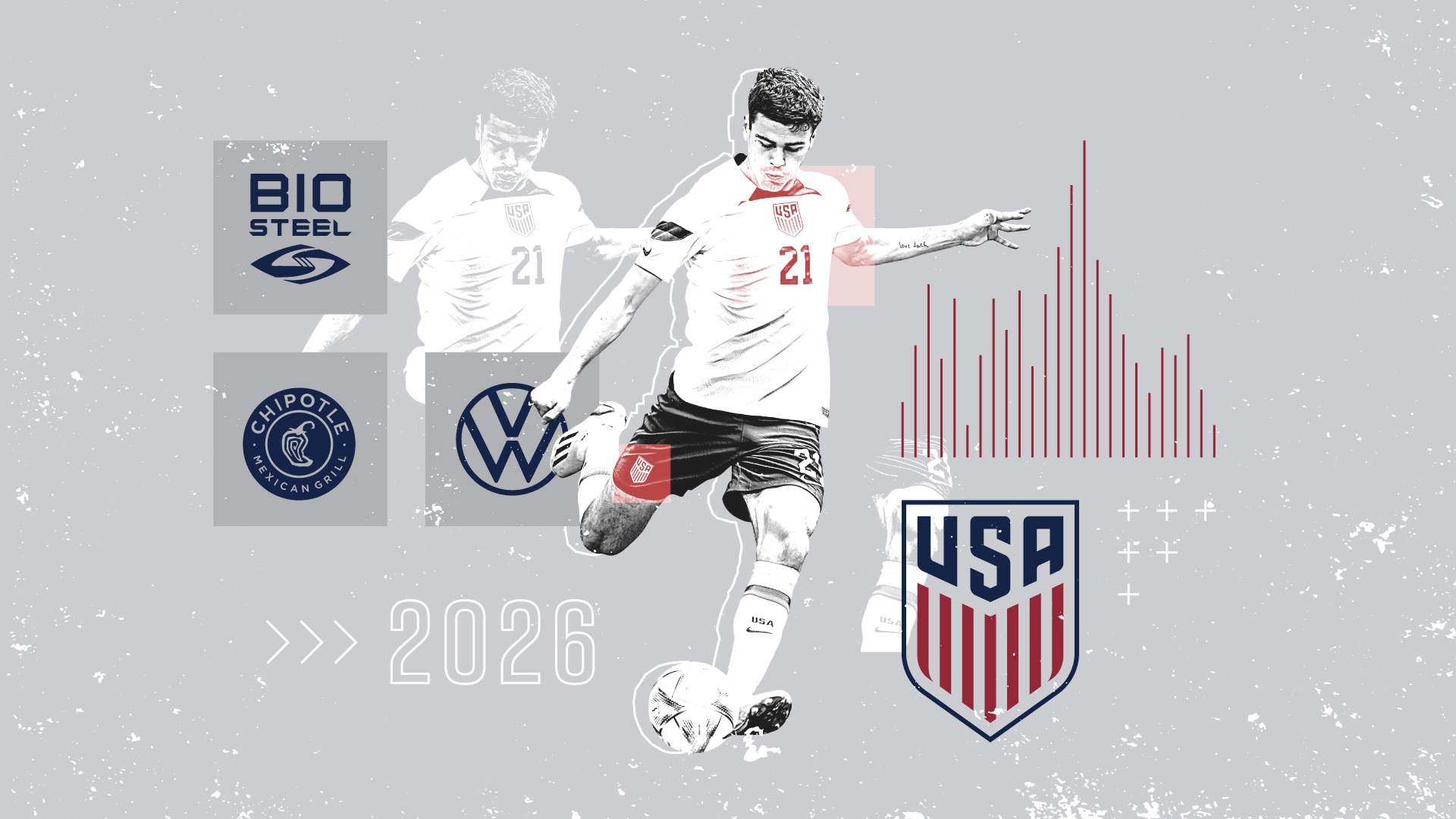 One in 5 U.S. adults said they have seen, read or heard "a lot" or "some" about the United States, Canada and Mexico as hosts of the 2026 World Cup, according to new Morning Consult data. (Getty Images / Morning Consult artwork by Kelly Rice)
By Mark J. Burns

To read all of our other stories: Most Popular Teams | Most Popular Players | U.S. Fan Expectations | U.S. Planned Viewership | Alexi Lalas Q&A

Most American soccer fans are satisfied after the U.S. men’s national team defeated Iran 1-0 to advance to its first World Cup round of 16 since 2014. The Americans will now face the Netherlands in an elimination match on Saturday, marking another opportunity for American soccer to show off its progress on the world stage.

The win momentarily provided U.S. Soccer cover from the various controversies plaguing the World Cup in Qatar. The team’s brand partners hope to weather those controversies with one goal in mind: Just get to 2026, when the Cup returns to the United States for the first time since 1994.

“This is the World Cup where everybody just wants it to be over, so they can move on to 2026,” said Tim Crow, an international sports marketing expert.

U.S. Soccer was met with controversy almost immediately in Qatar when it altered its training facility and media workroom with multicolored brand marks, a decision rooted in the soccer body’s “Be the Change” mantra as it showed support for LGBTQ+ fans in the conversative Middle Eastern nation, where homosexuality is illegal.

Later in the tournament, the Iran soccer federation called for the U.S. men’s team to be removed from the World Cup after its digital staff posted an altered Iranian flag on social media in support of protests in Iran. (The U.S. team account deleted the posts shortly thereafter.)

Captains from seven European teams planned to wear “One Love” armbands to support diversity and inclusion in Qatar but later opted against the idea due to FIFA pressure. Other forms of dissent have included German players’ protesting FIFA’s armband rule, in addition to Wales’ displaying rainbow flags at its training facility to show solidarity with the LGBTQ+ community.

On top of all of this, a top Qatari official recently told Piers Morgan that “between 400 and 500” workers died while building out new infrastructure for the tournament.

In an interview with Morning Consult, Roger Bennett, co-host of the NBC Sports soccer TV show and podcast “Men in Blazers,” said the collision of sport and politics at the World Cup is not new, but this year’s event “holds up a mirror in times of human darkness, too, and that’s ultimately what we’re grappling with.” At a live show taping in Manhattan last month, Bennett put it more bluntly: “This is a World Cup that is soaked in blood.”

Unlike FIFA sponsors, U.S. Soccer’s sponsors predominantly avoid being associated with any of Qatar’s many controversies, according to interviews with sponsors, soccer experts and marketers. Still, they haven’t been immune: The World Cup began with a public dust-up between Anheuser-Busch InBev SA’s Budweiser and Qatar and FIFA, which reversed the decision to allow the sale of alcoholic beer during matches at the last minute.

If that’s the worst brand-related controversy in Qatar, the team’s sponsors will likely be thrilled, given the sheer amount of social and political baggage that’s weighed down the tournament. On the horizon is a 2026 World Cup in North America, where sponsors are feverish about the confluence of the U.S. men’s national team’s rise and the return of the Cup after more than 20 years.

Kelly Higgins, vice president of partnership marketing at U.S. Soccer, said this year’s World Cup will “guide our efforts for 2026 in terms of fan engagement opportunities and activations.” She said the federation is “seeing a lot of long-term investment” from sponsors, a majority of which are expected to continue through the 2026 North America-based World Cup and beyond.

U.S. Soccer has seen a 70% increase in average year-over-year sponsorship revenue growth for deals that were up for renewal, Higgins said, including recently announced extensions with insurance company Allstate Corp., Chipotle Mexican Grill Inc. and Volkswagen Group of America Inc., among others.

U.S. Adults Largely Unaware the World Cup Is Coming to America in 2026

Respondents were asked how much they have seen, read or heard about the United States, Mexico and Canada being selected to host the 2026 FIFA World Cup

In Qatar, companies like hydration brand BioSteel Sports Nutrition Inc., Chipotle, Allstate and Volkswagen have focused on their relationship with the U.S. soccer body as they build up investment in the sport ahead of the 2026 World Cup, according to executives.

“We’re here to support USA, the players and fans who have made the journey,” said Chipotle’s Scott Robinson, senior manager of partnerships and experiential. Executives interviewed for this story made it clear that they were sponsors of only U.S. Soccer — not of FIFA or of the World Cup in general. In 2026, perhaps, that distinction could be less of an emphasis.

Volkswagen, meanwhile, shared custom murals of each American player at Volkswagen dealerships in their respective hometowns as part of the unveiling of U.S. Soccer’s World Cup roster. In the tournament’s Group Stage, Volkswagen broadcasted all of the U.S. men’s team’s matches at its booth during the 10-day Los Angeles Auto Show.

U.S. Soccer and the automaker originally signed a sponsorship pact in 2019 before recently announcing a five-year renewal, keeping Volkswagen as the presenting sponsor of U.S. Soccer through the 2026 tournament. Will Gock, product communications senior specialist at Volkswagen, pointed toward the soccer governing body’s “steady growth” and momentum ahead of 2026 as factors in the company’s new commitment.

“We are backing a sport that’s on the rise, and it’s gaining popularity [in the United States],” said Gock, who added that soccer is the brand’s only sport-specific investment. Prior Morning Consult research supports the notion that soccer is growing in America, where about one-third of adults now consider themselves to be fans of the sport.

U.S. Soccer plans to launch programming with sponsor Nike Inc. in 2023 to “guide us toward 2026 through the lens of how are we harnessing the energy, eyeballs and excitement around soccer,” Higgins said.

John Peirano, head of marketing at BioSteel, highlighted Americans’ strong interest in soccer as one reason why the Toronto-based brand signed a multiyear agreement with U.S. Soccer in 2021. More than 12.5 million Americans played soccer last year, marking three consecutive years of growth, according to a report from the Sports & Fitness Industry Association.

“We believe that soccer will continue to grow from a consumer interest standpoint,” Peirano said. “We want to be at the center of it.”