The month of March was unkind to President Donald Trump’s popularity among the voting public, with Morning Consult’s 50 state approval tracker showing the commander in chief reaching the lowest point of his presidency. 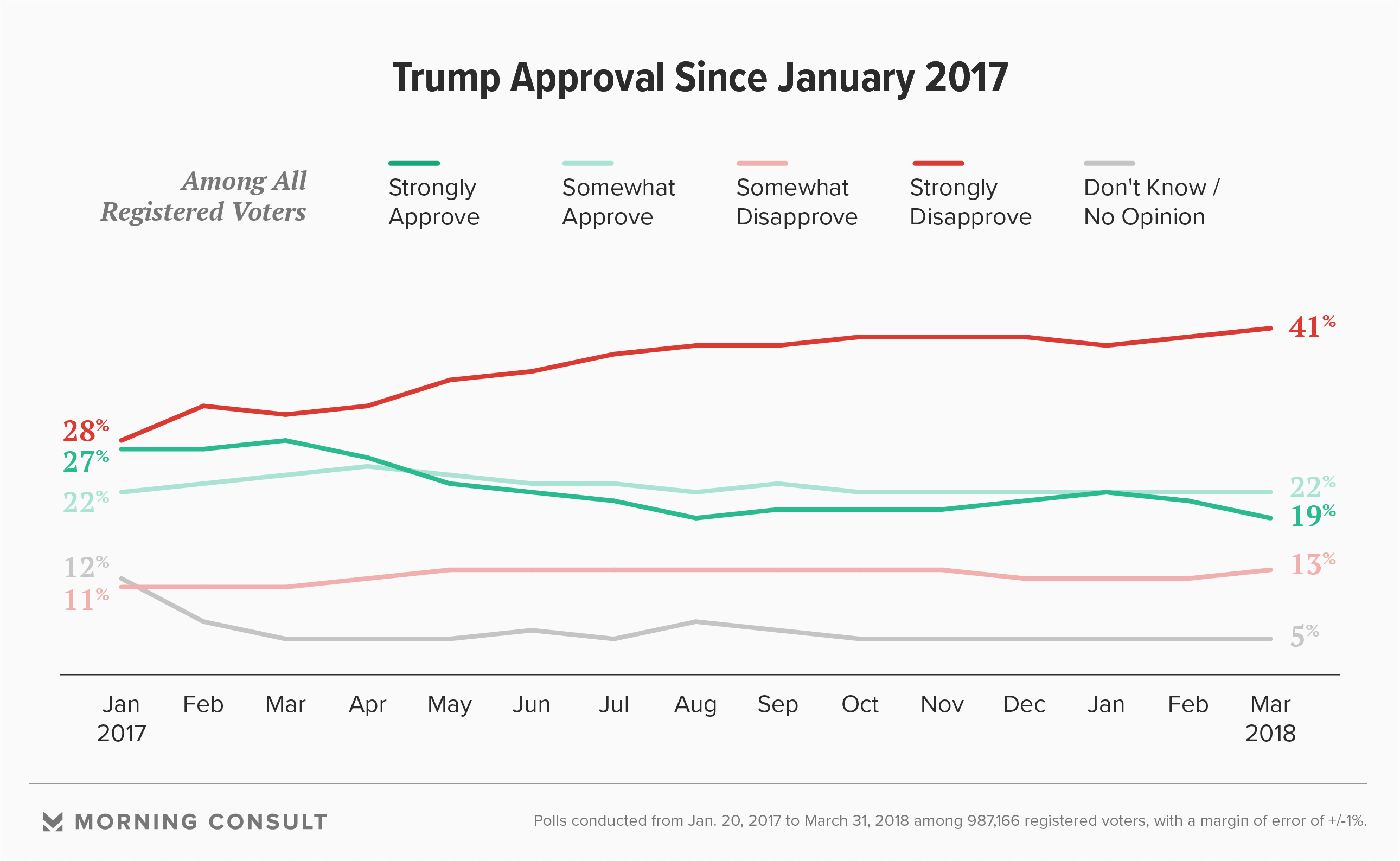 The new figures represent a 4 point net decline from February, when 43 percent approved and 52 percent disapproved of Trump. The changes were driven mainly by a loss of enthusiasm among the president’s independent and Republican supporters: Strong approval for Trump was down 2 points among GOP voters, to 45 percent, and 1 point among independents, to 13 percent.

At the state level, some of the biggest negative swings in net approval came from places that backed Trump in the 2016 presidential election: Iowa (minus 9 percentage points), Idaho and Tennessee (minus 6 points), and Montana and Oklahoma (minus 5 points). On the positive side, Trump made a 6 point gain in New Hampshire and improved his standing in West Virginia and Vermont by 4 points.

Along with Sens. Joe Manchin (D-W.Va.) and Jon Tester (D-Mont.), who are seeking re-election in November, other Senate Democrats defending seats in Trump-won states also saw mixed results in terms of the president’s approval ratings. In Ohio, Trump dipped into the red, posting a 5 point loss in net approval since February, while falling 3 points deeper into the hole in Pennsylvania and Wisconsin — to minus 8 points and minus 12 points, respectively — and dropping the same amount in Michigan, to minus 13. In West Virginia, Trump sports a 26 point net approval rating, and in North Dakota he improved to 10 points above water. 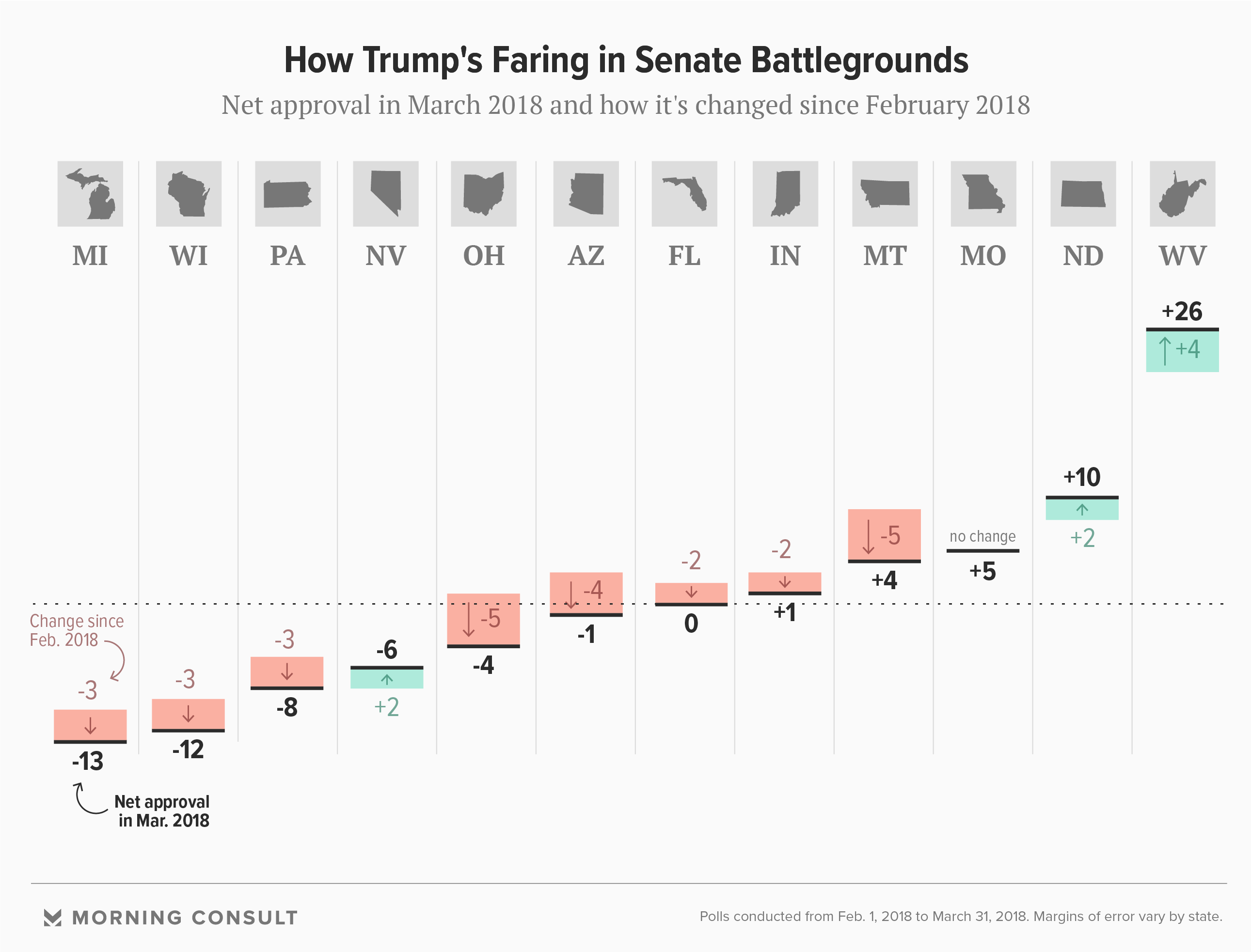 March was also a mixed bag for Republicans, who are trying to retain Senate seats and improve on their 51-49 majority in the chamber. While Trump’s approval fell into the red after a 4 point drop in Arizona, where there’s an open-seat race to replace retiring Sen. Jeff Flake (R), Trump has pulled to within 6 points of breaking even in neighboring Nevada, where Sen. Dean Heller (R) seeks re-election this fall.