President Donald Trump told Senate Minority Leader Chuck Schumer (D-N.Y.) on Dec. 11 that he would be "proud" to shut down the government over border security. (Photo by Mark Wilson/Getty Images)
By Cameron Easley

Days into a partial government shutdown triggered by President Donald Trump’s demand for increased funding for his proposed wall at the U.S.-Mexico border, a new Morning Consult survey finds voters as bearish as ever on the president’s job performance. 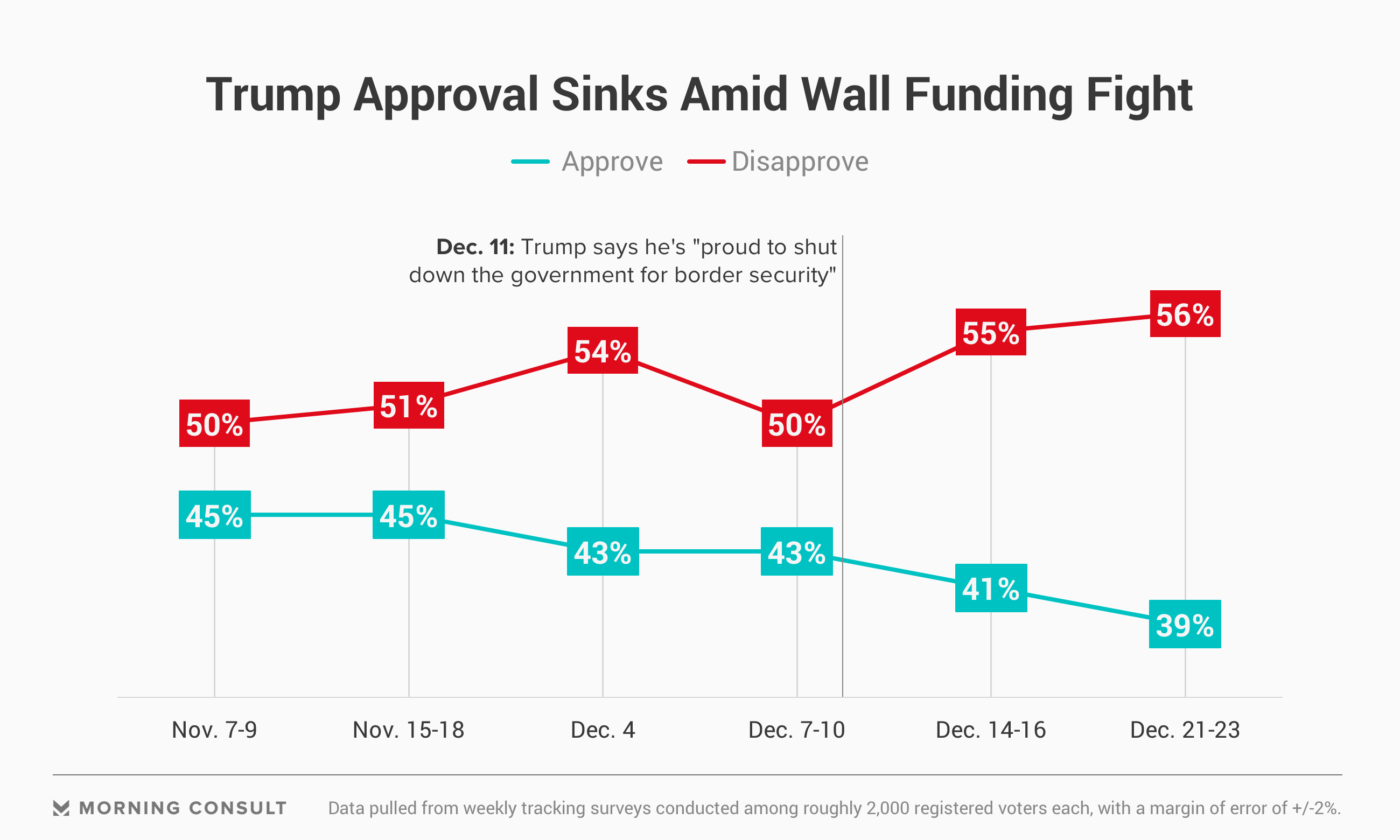 Those figures match the nadir of the president’s popularity in August 2017 — when Trump responded to the fatal melee between white supremacists and counter-protesters at the “Unite the Right” rally in Charlottesville, Va., by blaming “many sides.”

The latest national online survey of 1,992 registered voters was conducted amid a hectic news cycle, when Trump made major news on a number of fronts.

He abruptly announced that U.S. troops in Syria would be coming home immediately — alarming defense hawks in Congress and prompting the resignation of Defense Secretary James Mattis — and has directed a large-scale drawdown of military personnel in Afghanistan, per a New York Times report. He also continued his criticism of the Federal Reserve after its latest hike in interest rates and asked advisers whether he could fire its chairman, Jerome Powell, according to a Bloomberg report.

And the survey also came as the government partially shuttered after Democrats in Congress refused to provide $5 billion in funding that Trump sought for his wall. 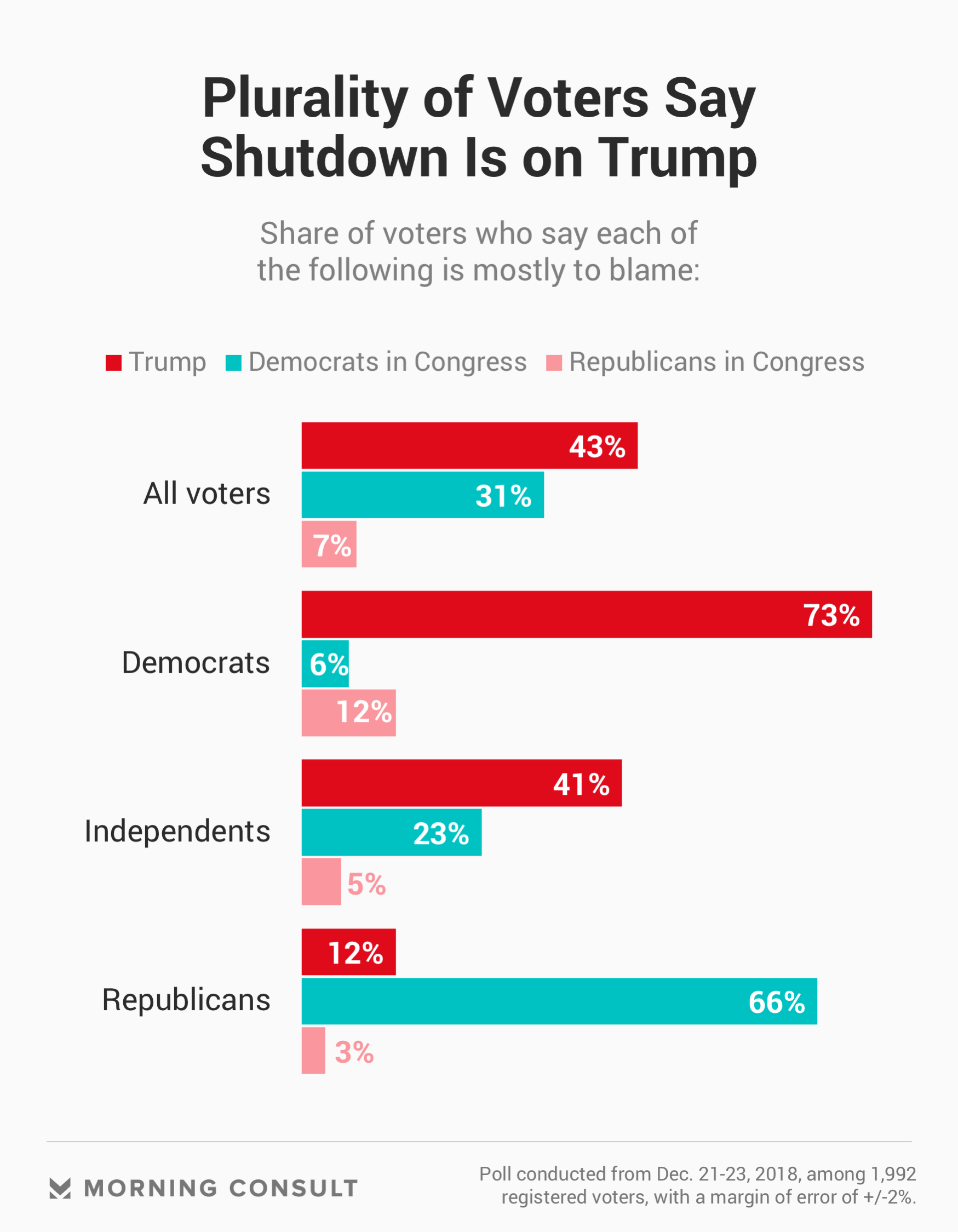 While Trump told Democratic leaders on live television on Dec. 11 that he’d be “proud to shut down the government for border security,” in recent days, he’s blamed those same Democrats. The new survey, which has a 2-point margin of error, finds the president taking the lion’s share of blame for a shutdown that shows no signs of abating soon.

Most voters (53 percent) also said Trump did not do enough to avoid the shutdown, including 52 percent of independents and 22 percent of Republicans.

White House budget director Mick Mulvaney told “Fox News Sunday” on Dec. 23 that the shutdown could last into January, when Democrats will take control of the House after picking up 40 seats in the November midterm elections. As Republicans’ complete control of Washington comes to an end in the next week or so, the survey finds that even most GOP voters doubt the president will ever get full funding for one of his signature campaign promises. 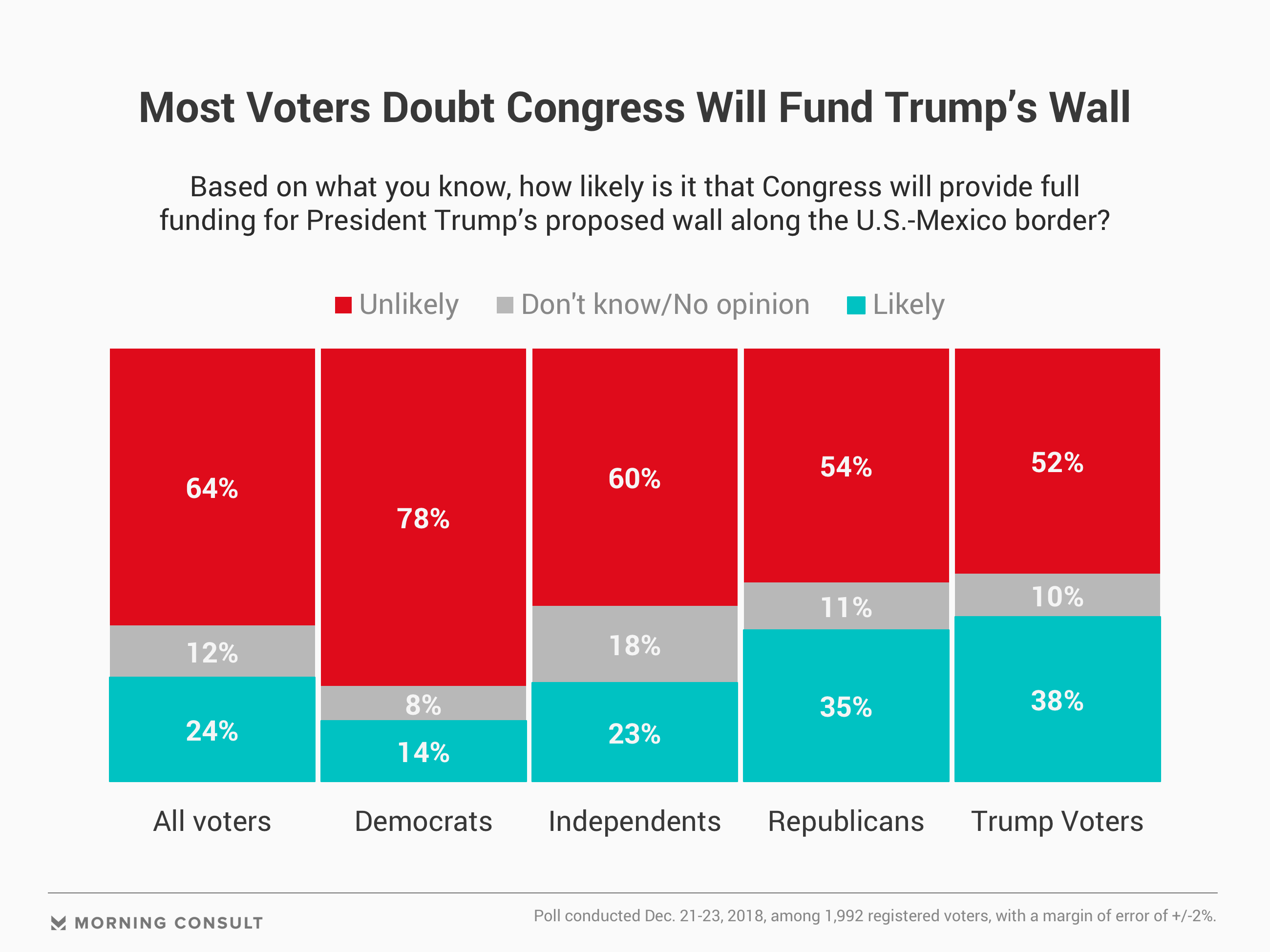