Biden Builds Support With Young Black Voters, but Will It Hold?

Democratic strategists say Biden must address his record, pitch plan for the future

Sen. Bernie Sanders is holding onto much of his support with young people, but former Vice President Joe Biden has gained ground in recent weeks with a key Democratic constituency: young black voters. 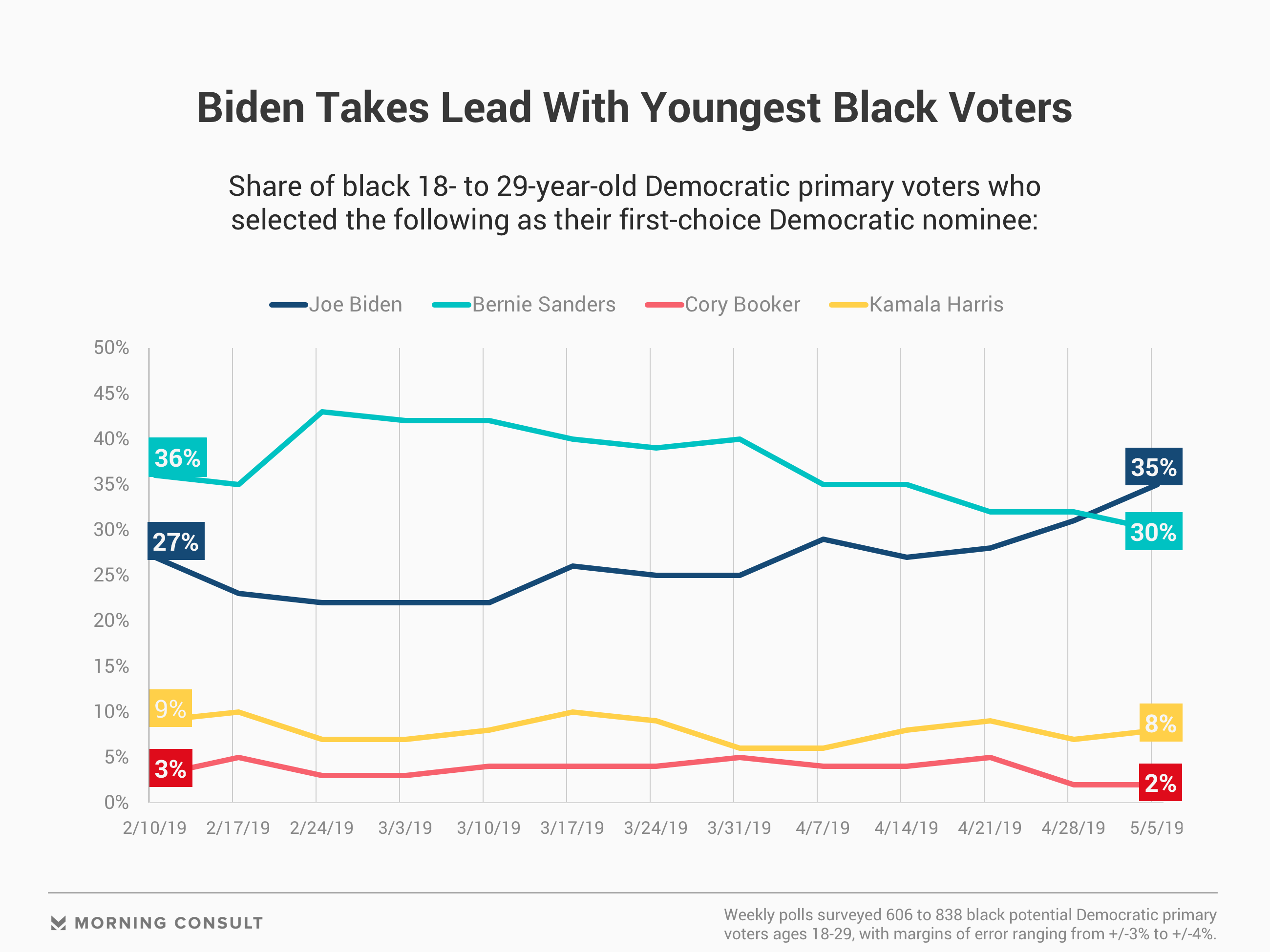 The shift marks a split between the youngest black voters and the youngest white voters — among whom Sanders still leads, 35 percent to 22 percent — and comes as Biden begins to make his case to primary voters ahead of the first primary debates in late June.

But it is not clear if that support is solid — and whether Biden could carry it into the primaries and the general election next year.

Symone Sanders, a 29-year-old senior strategist for Biden’s campaign, said many young people know Biden as former President Barack Obama’s No. 2, something that presents an opportunity to tie himself to the popular ex-president as the race takes shape — but it also presents a challenge as other candidates start litigating their case against him.

“To the extent the Biden folks want to build on their support with African Americans, they need a concrete agenda for the African American community,” Jarrod Loadholt, a South Carolina-born Democratic strategist who lives in Georgia, said in a Tuesday interview.

The comments echoed those of Sen. Kamala Harris (D-Calif.), one of the three black Democrats seeking the party’s nod for the presidency, who said at an NAACP dinner Sunday that Democrats’ ongoing conversation about electability in the Midwest often leaves out black Americans in the region’s major metro areas, according to an account by BuzzFeed News.

Sanders, who previously worked on Sen. Sanders’ 2016 run, agreed with Harris’ sentiment, noting it’s important that Democrats understand that “when you talk about the middle class, black households fall directly into that path.”

She said the youngest black adult demographic are “powerful but infrequent voters.”

Some young black voters are responsive to negative messaging about Biden’s Senate career, including his votes on bankruptcy legislation, the war in Iraq and the Bill Clinton-era crime bill, according to a study from the progressive polling firm Data for Progress conducted earlier this year.

While Biden’s support is stronger among older black voters, the inverse is true for Sanders.

One young black activist interviewed by Morning Consult, who spoke privately to describe meetings with other presidential campaigns, said older voters will give Biden credit as a political survivor — someone who’s been around for big fights in the past and who is well-known. Younger black voters, the activist said, want Biden to own up to his controversial votes and present a path forward.

“He does have this record that’s older than I am,” said Sanders. “Without proper context or when you’re just getting it piecemeal, there’s a potential to make a negative case about his record. I think he has to do a lot of education, not just about what he will do, but what he has done,” she said, while noting that on policy, “what black voters care about is what all voters care about.”

“The challenge is to not only deliver that message, but there’s some mobilization and persuasion that has to go on as it relates to young black voters specifically,” she added.