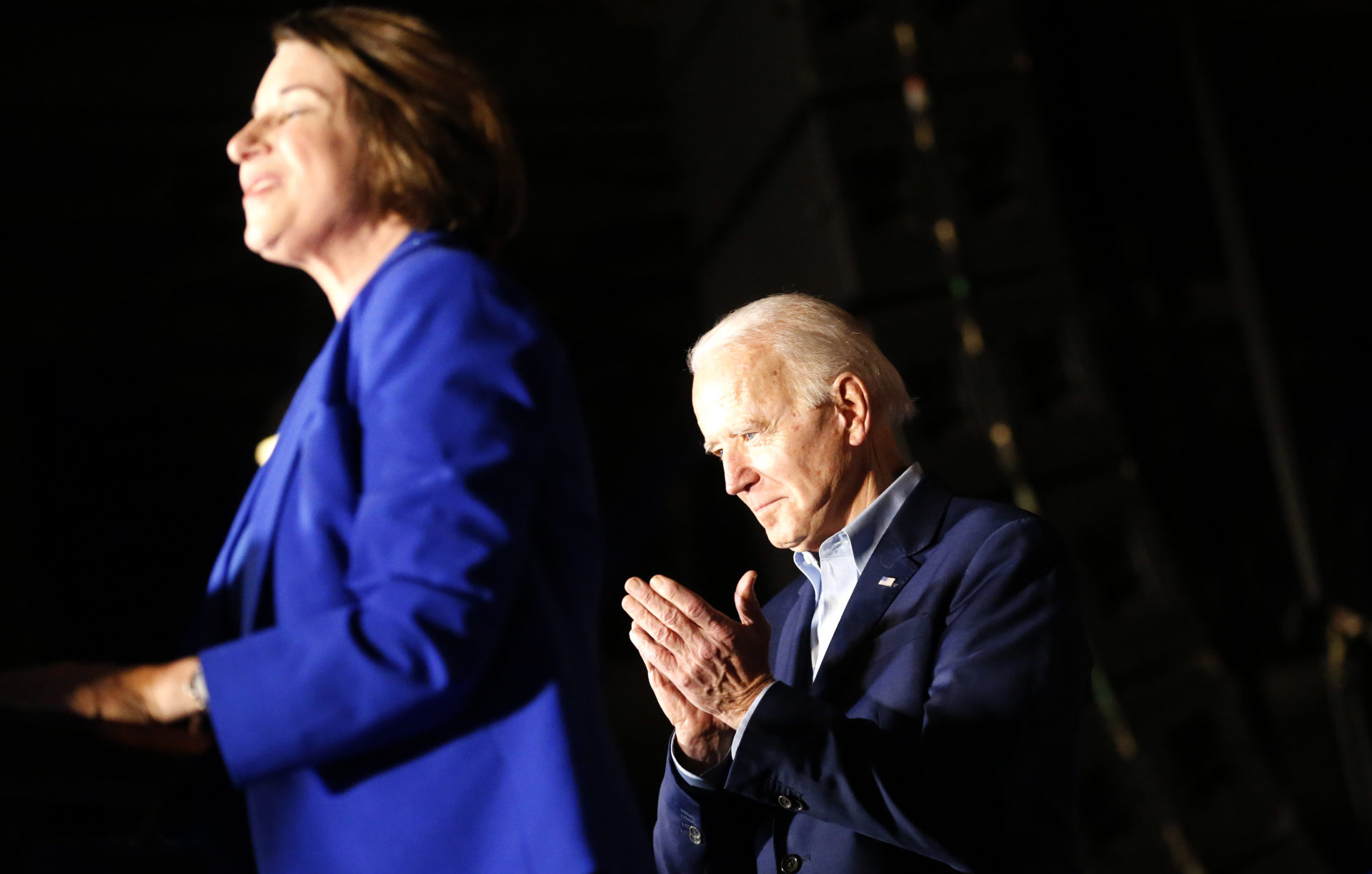 Former Vice President Joe Biden is joined on stage by Sen. Amy Klobuchar (D-Minn.), who endorsed Biden during a rally on Monday night in Dallas, Texas, hours after ending her own presidential campaign. With her and former South Bend Mayor Pete Buttigieg of Indiana out of the race -- and both candidates endorsing Biden -- new Morning Consult polling shows the former vice president leading the national field once again. (Ron Jenkins/Getty Images)
By Eli Yokley

Former Vice President Joe Biden continues to regain support for the Democratic presidential nomination after two of his former rivals dropped their own campaigns and endorsed his ahead of the Super Tuesday contests. 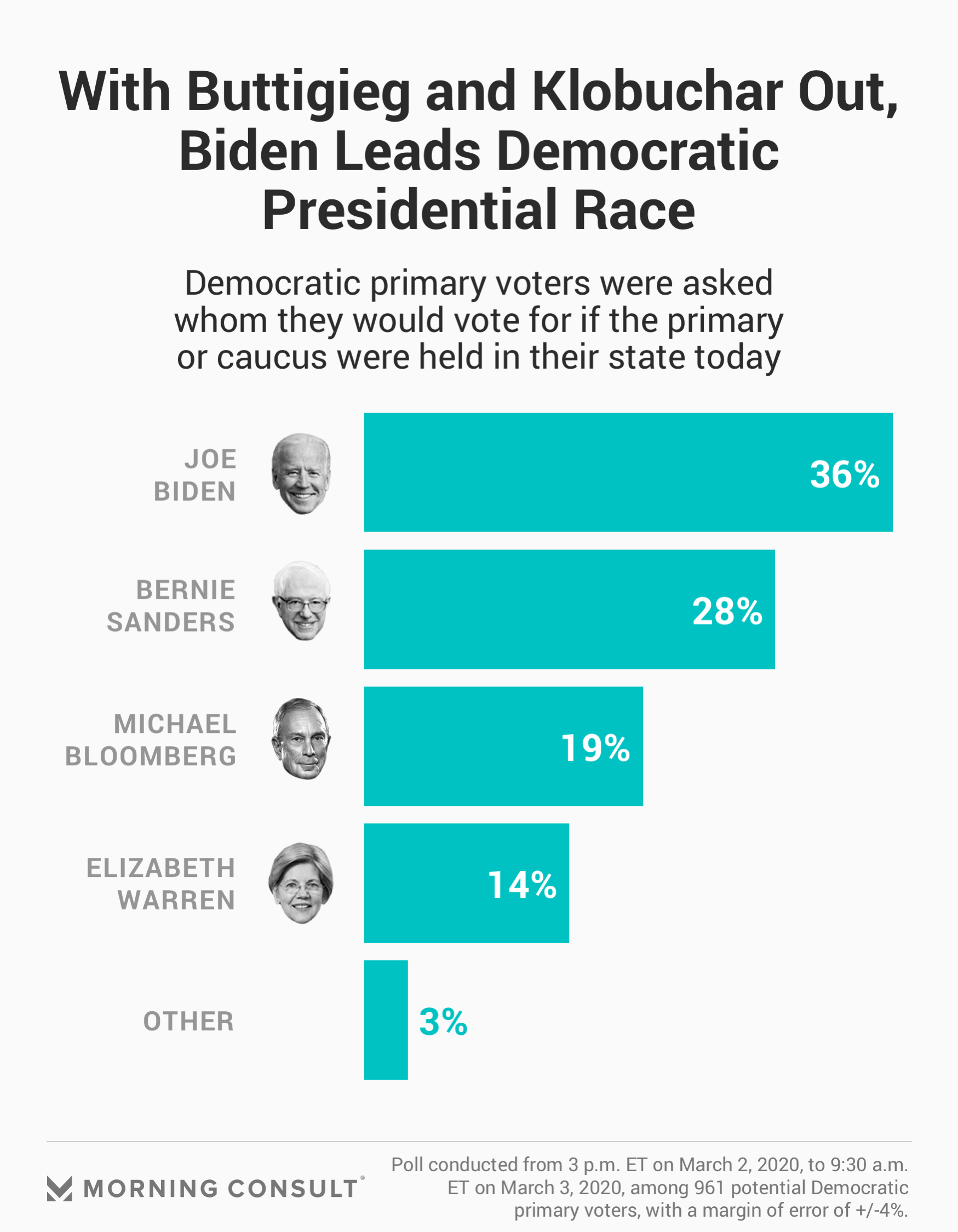 According to a Morning Consult poll of 961 Democratic primary voters conducted from Monday at 3 p.m. to Tuesday at 9:30 a.m., 36 percent said they’d vote for Biden if the primary or caucus were held in their state today. The latest figure, which has a margin of error of 4 percentage points, marks his highest share of nationwide support since June, and is up 10 points from polling conducted Sunday after his big victory in the South Carolina primary.

Sen. Bernie Sanders (I-Vt.), who holds the pre-Super Tuesday lead in delegates to the Democratic National Convention, saw no significant change in support, nor did former New York City Mayor Michael Bloomberg, who is viewed as Biden’s main competition for support from moderate and conservative voters in the Democratic electorate.

The polling was conducted after former South Bend Mayor Pete Buttigieg of Indiana and Sen. Amy Klobuchar (D-Minn.) ended their bids and as they announced their support for Biden’s nomination.

Morning Consult polling conducted ahead of the South Carolina primary found that when Buttigieg supporters were asked for their second choice, they were inclined to split their loyalties among the top four candidates for the Democratic nomination. But most of them had also indicated they were likely to follow his lead if he were to endorse Biden, and Sunday’s polling conducted after Biden’s victory found second-choice support moving his way.