Millennials Were Already Putting Off Having Children. Then the Pandemic Hit. 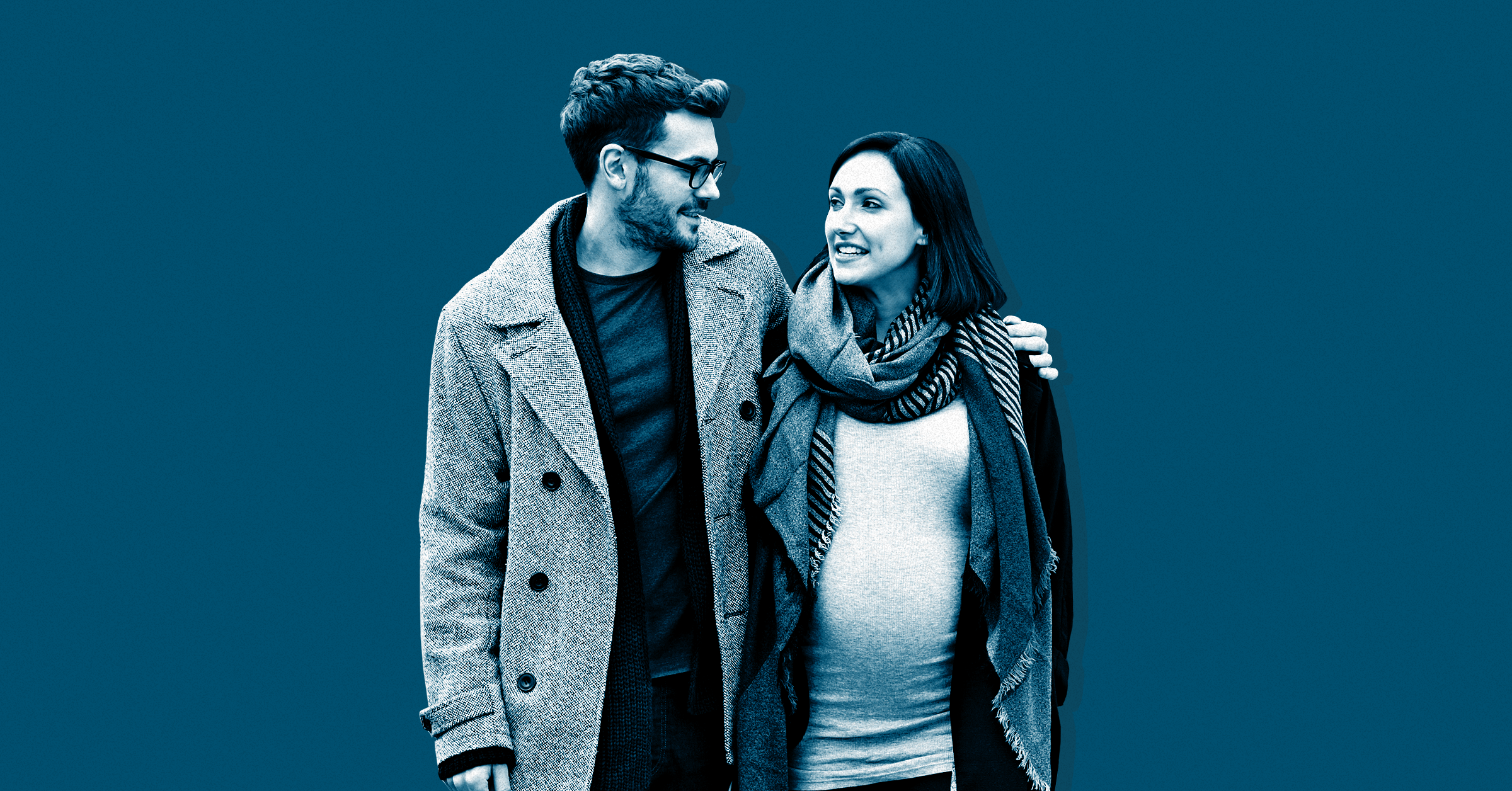 Still struggling from the 2008 financial crisis, millennials have delayed major life milestones, such as having children.

Now, hit by the coronavirus and yet another economic crisis, a significant share of this generation is less inclined to start a family, underlining fears among some economists of a baby bust that could have far-reaching consequences for the economy.

“That’s a very dramatic change in behavior,” said Dr. Phillip Levine, a professor of economics at Wellesley College and former senior economist at the White House Council of Economic Advisers who studies the economics of fertility. “All these things are foreshadowing what we might expect to see happen in a few months, when we see the first of the children conceived during the pandemic start being born.”

Dr. Hannes Schwandt, an economics professor at Northwestern University who researches economic shocks and fertility, said, “The very unromantic part of fertility is that it’s really largely driven by economics. For women who face recessions in their early 20s, we see persistent effects that mostly grow over time. With millennials, this pandemic is definitely not good news.”

For many millennials, especially older ones, this pandemic means that the baby bust is looking less like a blip and more like a permanent trend.

“The economic harm that’s done to workers because of a recession tends to be long lasting,” Levine said. “It could be a substantial period of time before workers laid off could find a new job, and that new job is likely to be at a substantially lower wage than your old job. It takes people years to recover; this isn’t something we’re going to get out of relatively quickly.”

This period of economic upheaval is bad for everyone, but especially for those starting a family, Schwandt said. Millennial working women who are of childbearing age are most affected this time around, he said, with child care responsibilities shifting from school to home, and many professions that hire large numbers of women, such as hospitality, travel and education, being among the highest impacted.

“At the same time, women are taking over more of the child care work and withdrawing more from the labor market,” he said. “It’s the perfect setup for fertility to take a double dip downward.”

And with women taking on the heavier burden of child care during the pandemic, it’s a greater long-term opportunity cost for them to leave the workforce and try to re-enter it while the future of the labor market is so uncertain.

“We know that women make fertility decisions based on economic opportunities,” said Dr. Kate Bahn, director of labor market policy at the Washington Center for Equitable Growth. “If you take two years off to have your child, it’s not just two years of lost wages, and women know that.”

These trends are reflected in the survey, which suggests that millennials are putting off having families because of financial matters, rather than eschewing parenthood all together. 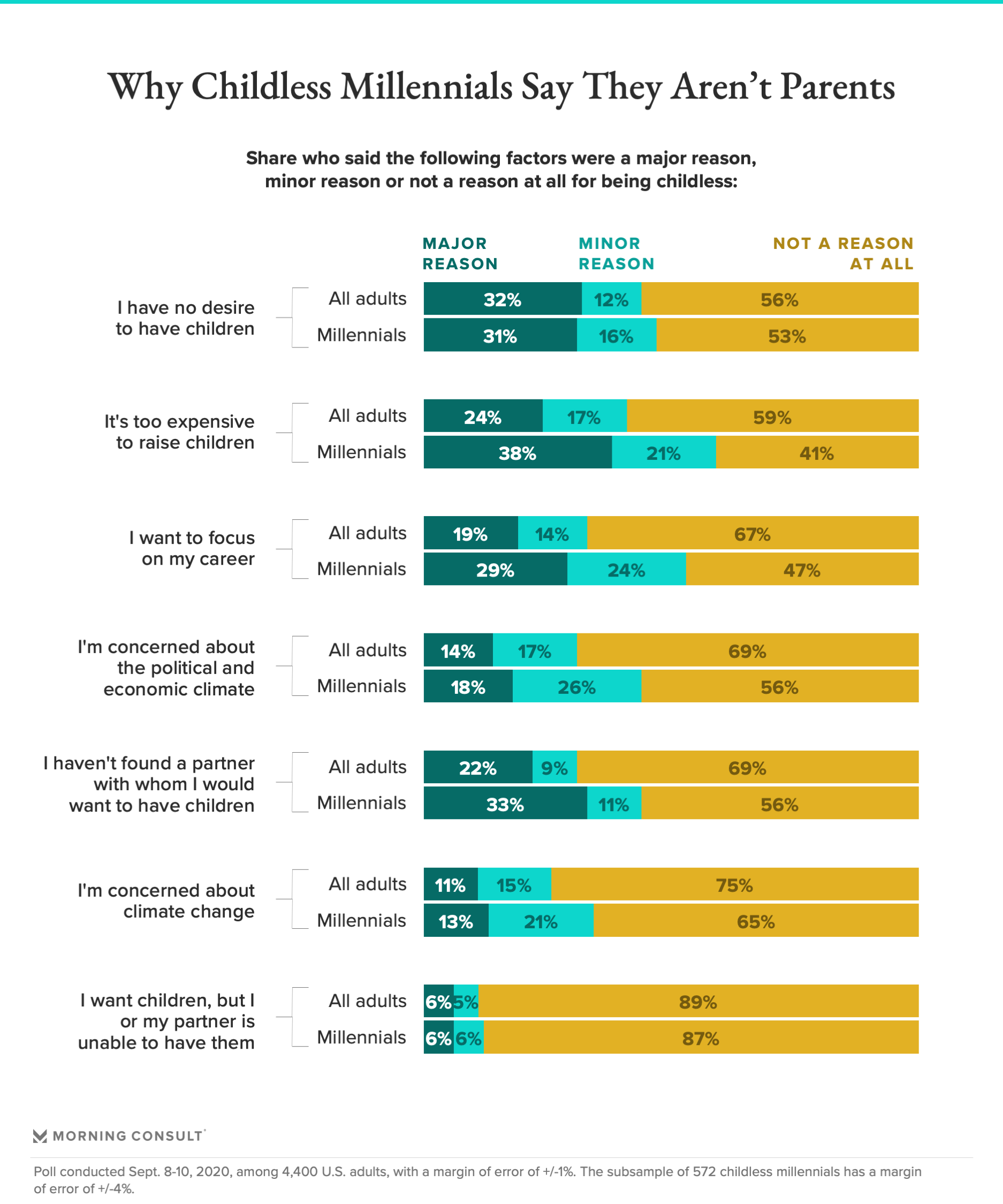 Among Gen Z, 35 percent cited the cost of raising children as a major reason they don’t have any, and 29 percent said it was a minor reason, both within the margin of error of the childless millennial subsample.

Related: Half of Low-Income Adults Would Use Up Savings Within 3 Months Without a Job 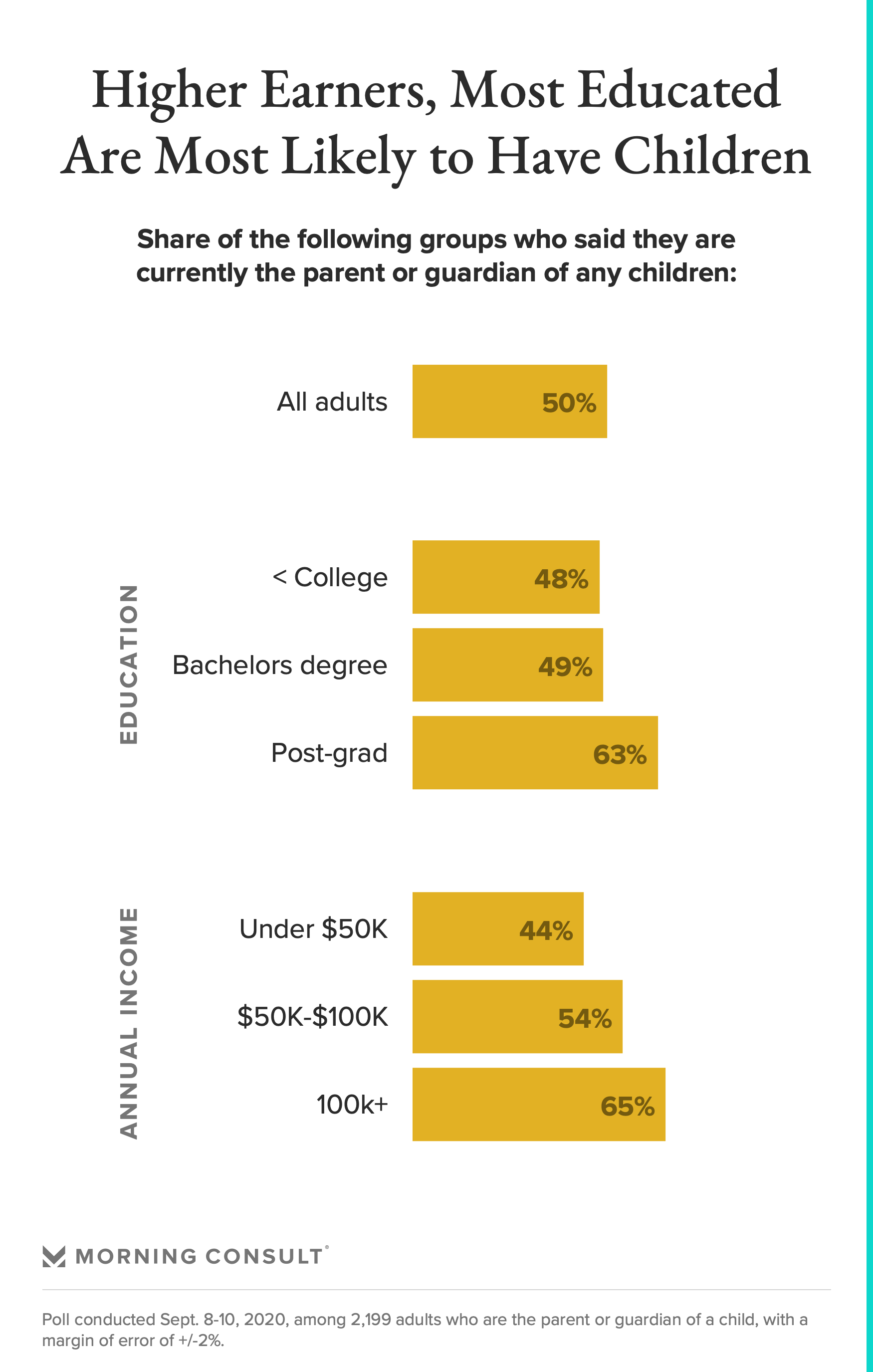 Millennials and Gen X adults without children were the most likely generations to choose “I have no desire to have children” as a major or minor reason they don’t have any, at 47 percent and 49 percent, respectively. Forty-four percent of adults overall said the same.

That largely tracks with existing economic research, Bahn said, where historically, fertility is closely tied to economic prosperity. Parenthood is right now something that is disproportionately experienced by the more economically stable, according to the Morning Consult poll.

Half of adults in the survey said they are the parent or guardian of at least one child, including 63 percent with a postgraduate degree. Of those who do not have a college degree, 48 percent said they are parents.

An important point to remember: It’s not yet been nine months since the start of the coronavirus pandemic. So while economists are looking forward at that nine-month mark and beyond, most of what they have to go on are historical trends and general attitudes about childbearing.

“It’ll be interesting to look back one to two years from now and see,” Bahn said.