To See What’s Next For Consumer Spending, Take a Closer Look at High-Income Consumers’ Confidence 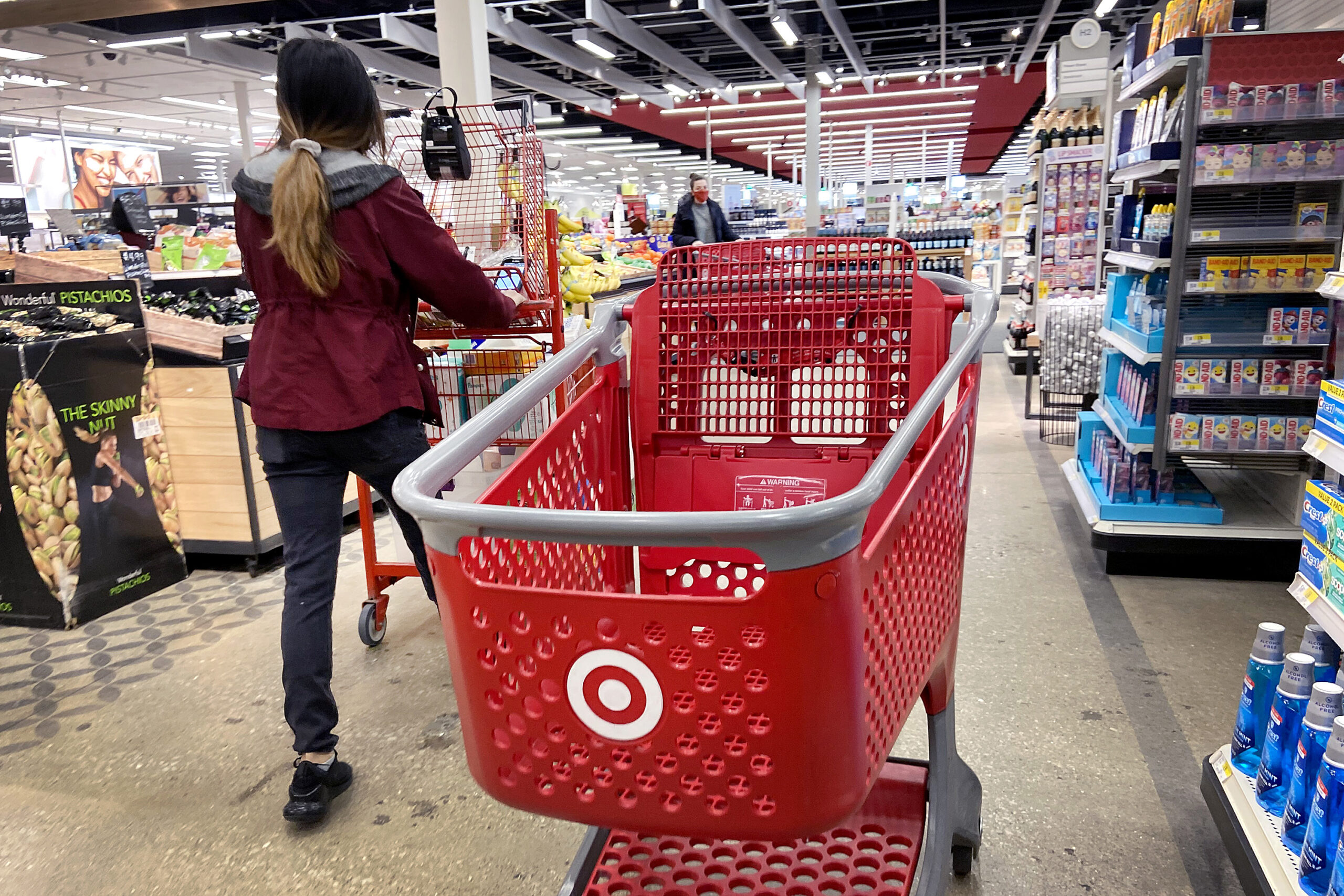 The lack of real-time consumer spending data has never been more apparent than during the pandemic. Retail sales for December were released on Jan. 15, and personal consumption expenditures for December were released on Jan. 29. That lag is leaving businesses and economists with no easy way to grasp the current strength of consumer spending as the country navigates the next phase of the pandemic. 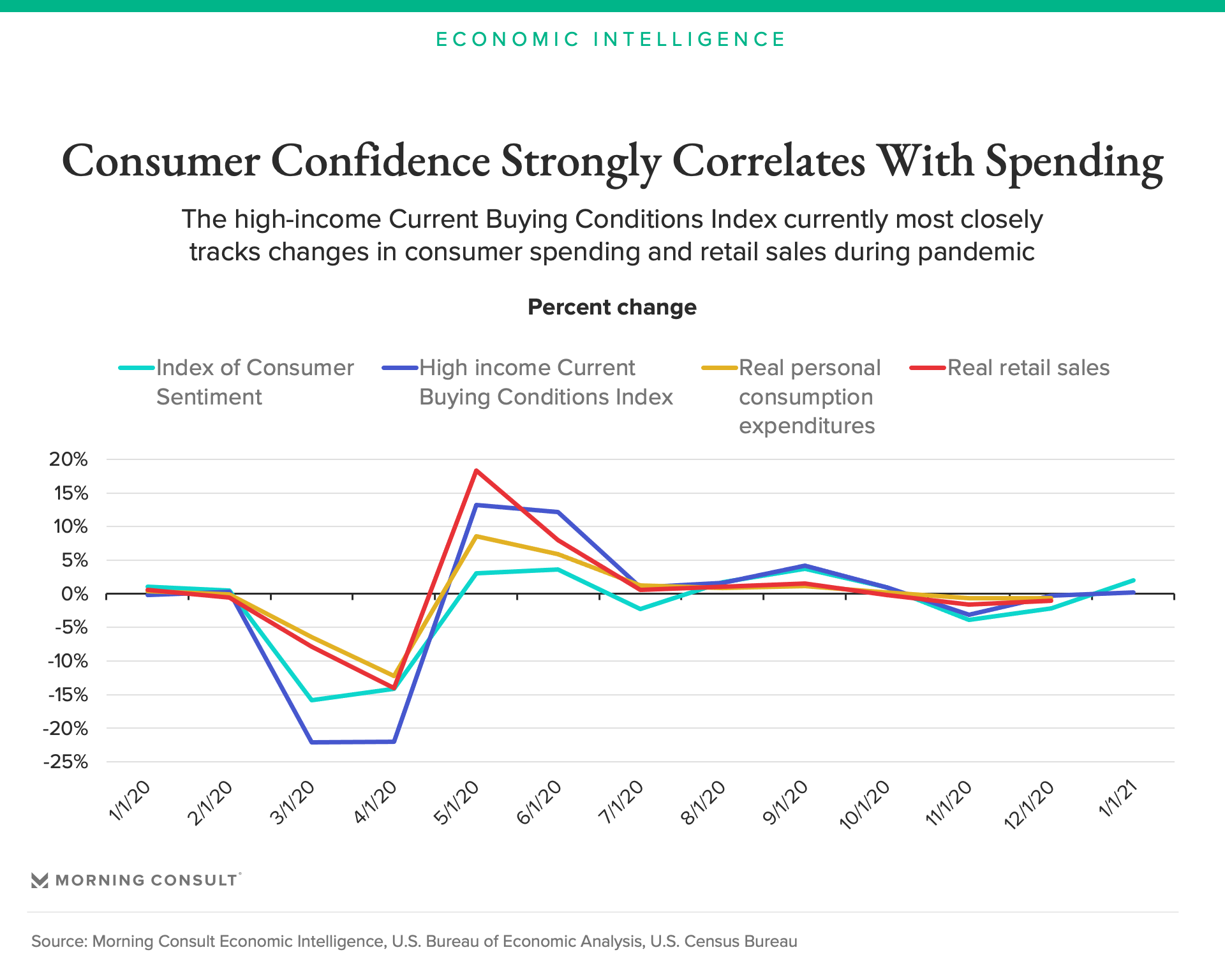 The correlation between the high-income CBC Index and real spending is strong today for two reasons:

While Morning Consult’s Index of Consumer Sentiment (ICS), which incorporates five distinct components of consumer confidence, still shows a strong correlation with real expenditure data (.86), the high-income CBC Index is currently the best high-frequency indicator available for understanding consumer spending today. But as governments ease restrictions on the service industry and consumers grow more comfortable engaging in standard activities, the ICS is likely to regain its standing over the CBC Index as the best indicator of consumer spending.

What the CBC Index tells us about what’s next for consumer spending: In January, the high-income Current Buying Conditions Index remained essentially unchanged from December, increasing by 0.18 percent during the month. While the size of the increase is not impressive, it signals that consumer spending and retail sales are turning the corner after two consecutive months of contracting. 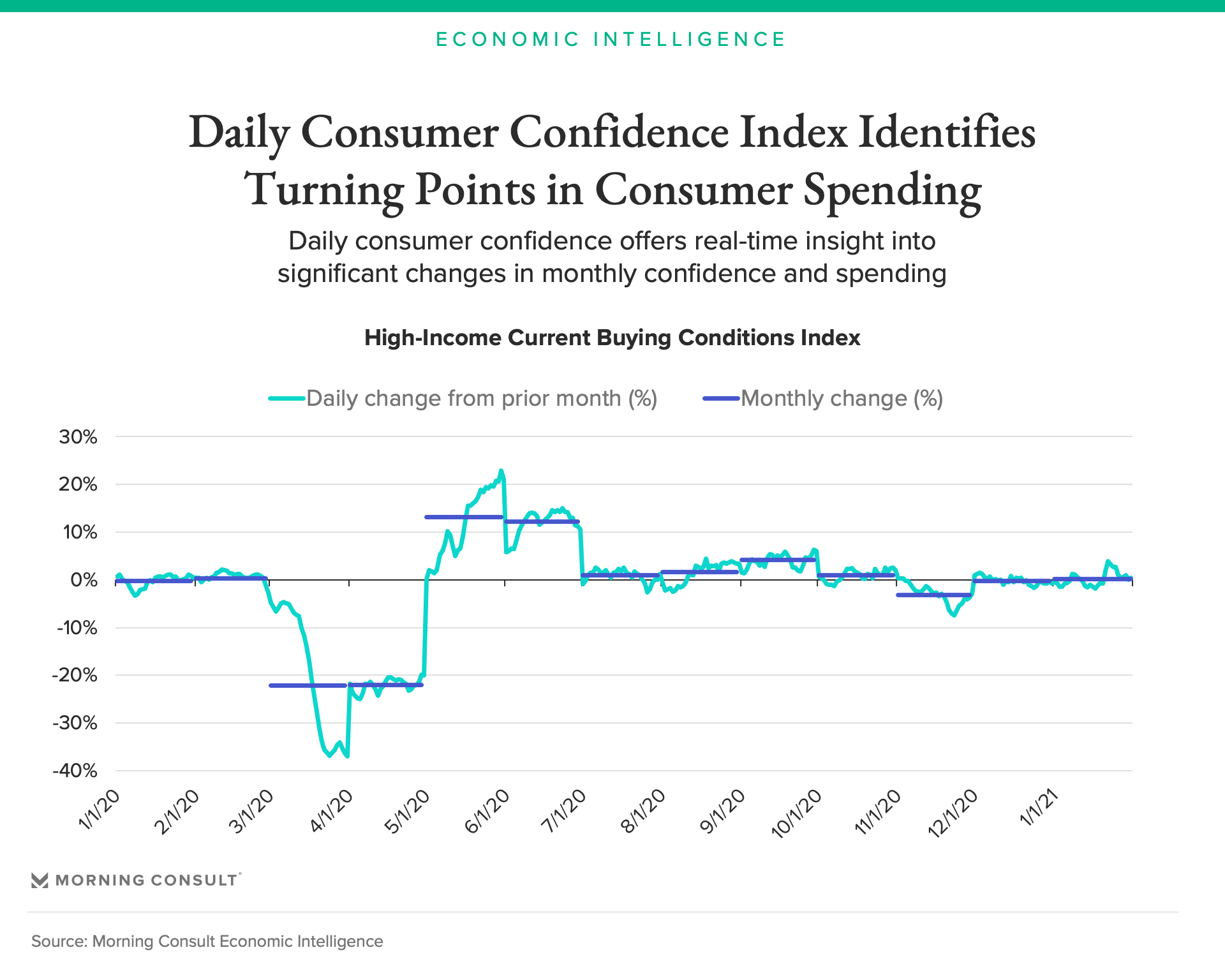 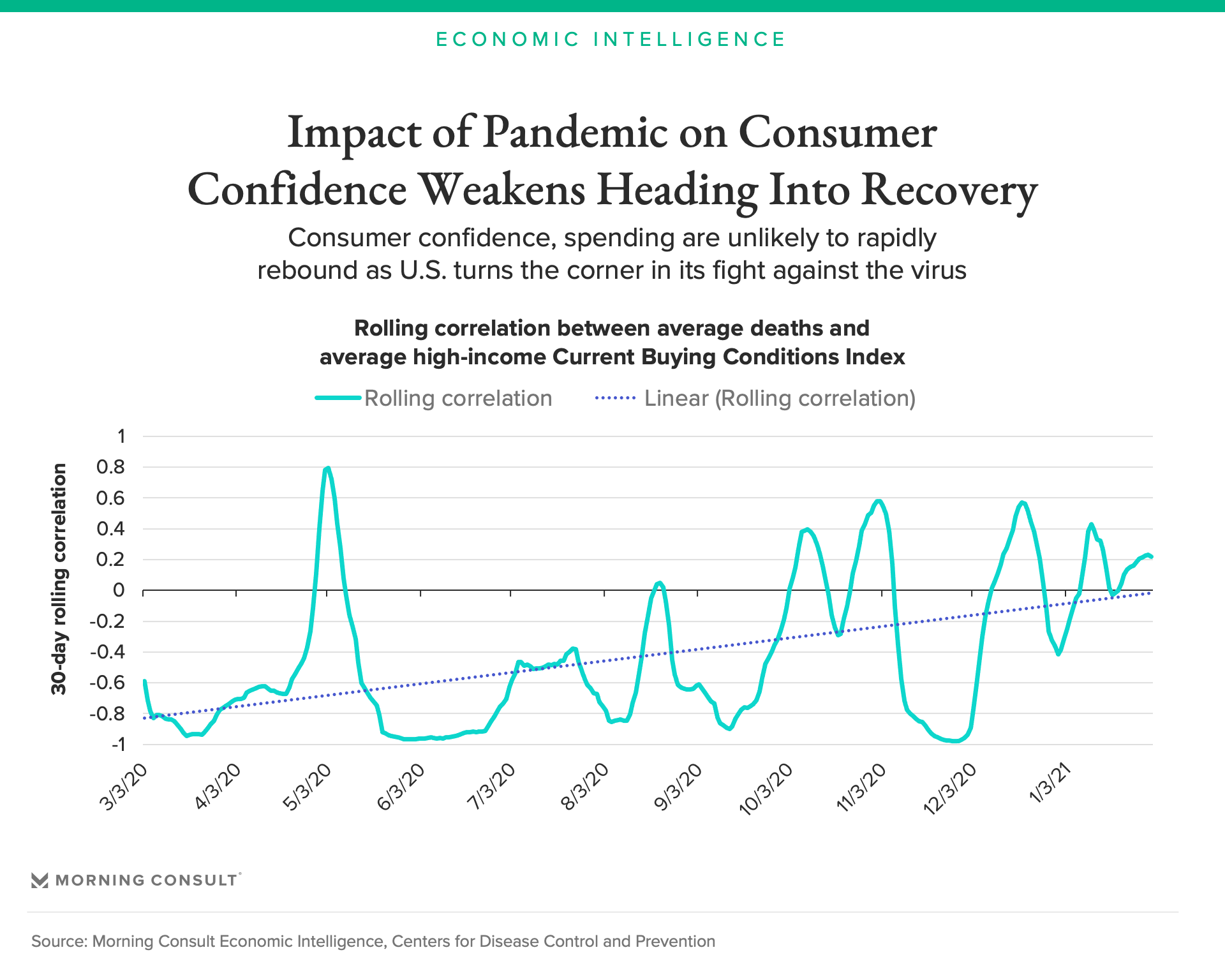