22% of U.S. adults and 27% of sports fans said they’d be open to attending a sporting event right now 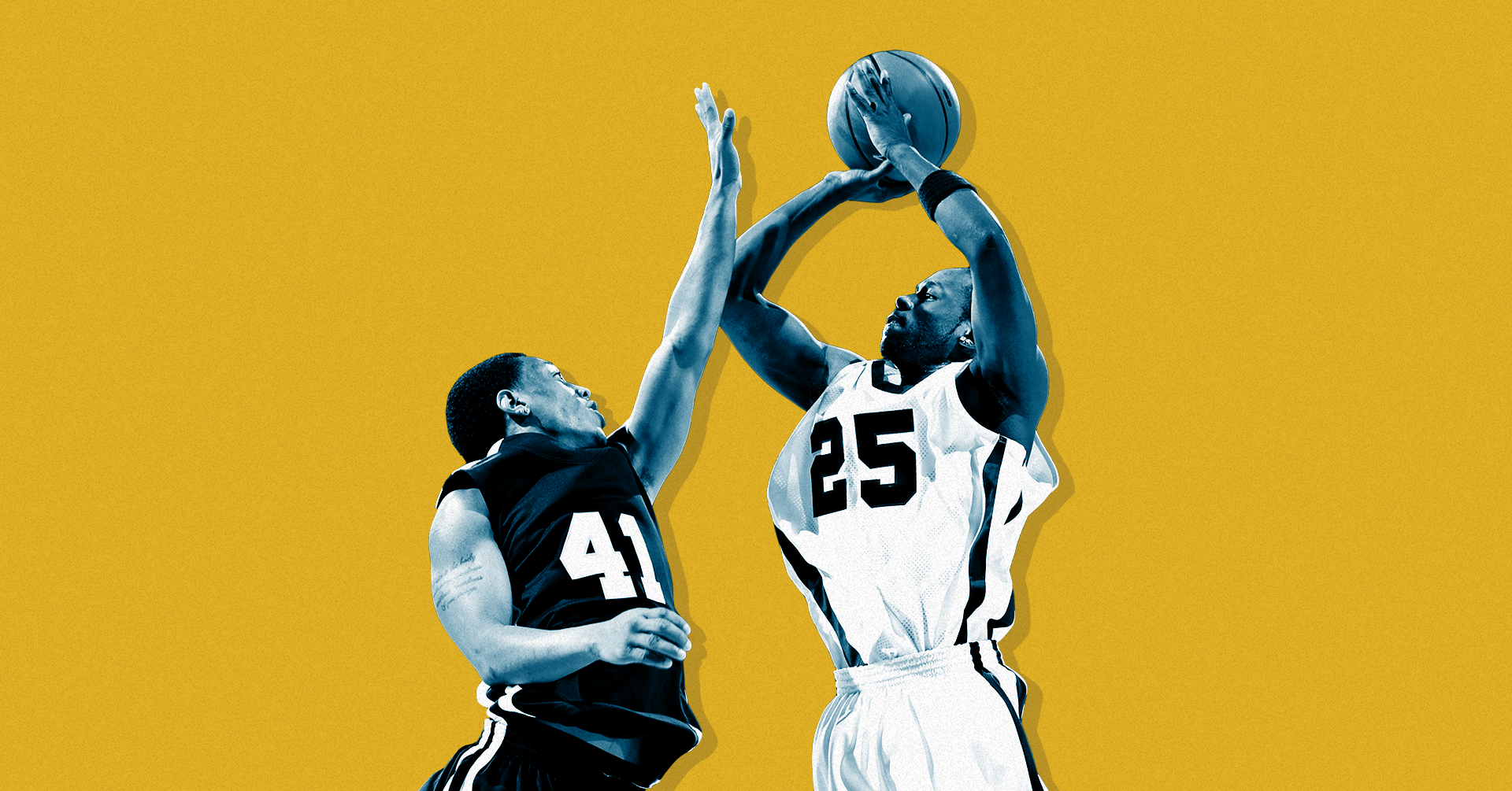 Morning Consult is commemorating the one-year anniversary of when the World Health Organization declared COVID-19 a global pandemic. Read our data-driven pieces about how the novel coronavirus has transformed the movie theater and restaurant industries.

One year after American sports came to an abrupt halt due to the emergence of COVID-19, the industry still has a long way to go in its return to hosting full-capacity crowds at stadiums and arenas.

While more sporting events are allowing limited numbers of spectators, including the NCAA men’s and women’s basketball tournaments beginning next week, the vast majority of Americans are still uncomfortable attending sporting events.

share of sports fans who said they feel comfortable doing the following:

In Morning Consult’s most recent weekly survey for its “Tracking the Return to Normal” series, just 22 percent of U.S. adults said they would be comfortable attending a sporting event given the current state of the coronavirus pandemic. Among self-identified sports fans, 27 percent of respondents said they would be either “very” or “somewhat” comfortable going to a game.

A higher share of adults said they were willing to go to outdoor events (32 percent) such as football, baseball and soccer matches than indoor events (22 percent) such as basketball and hockey games. Thirty-two percent of Americans said they would be open to attending a limited-capacity sporting event, compared to just 18 percent who said they would go to a full-capacity event, though none of the latter are currently taking place.

Younger adults have consistently been more willing to take the chance of attending events than their older peers. In the March 5-7 survey, 30 percent of millennials said they would be comfortable attending a sporting event, compared to 24 percent of Gen Xers and 15 percent of baby boomers. Republicans were also twice as likely as Democrats to say they would feel comfortable going to a game.

After being forced to cancel last year’s spring championships, including the lucrative men’s basketball tournament, the NCAA is hoping to pull in at least some revenue associated with having fans in the stands. The organization plans to allow limited crowds of up to 25 percent of capacity for all rounds of the men’s tournament and 17 percent for the women’s Final Four and national championship.

The NCAA’s nine-figure broadcast deal with ViacomCBS Inc. and AT&T Inc.-owned Turner Sports for the men’s tournament, however, is by far its most valuable line of business.

As vaccination continues across the country, states and municipalities are starting to relax attendance restrictions, providing hope that sports properties will be allowed to host sizable crowds sooner than later. Those teams and leagues will also have to convince the majority of fans that it’s safe to return to the stands. 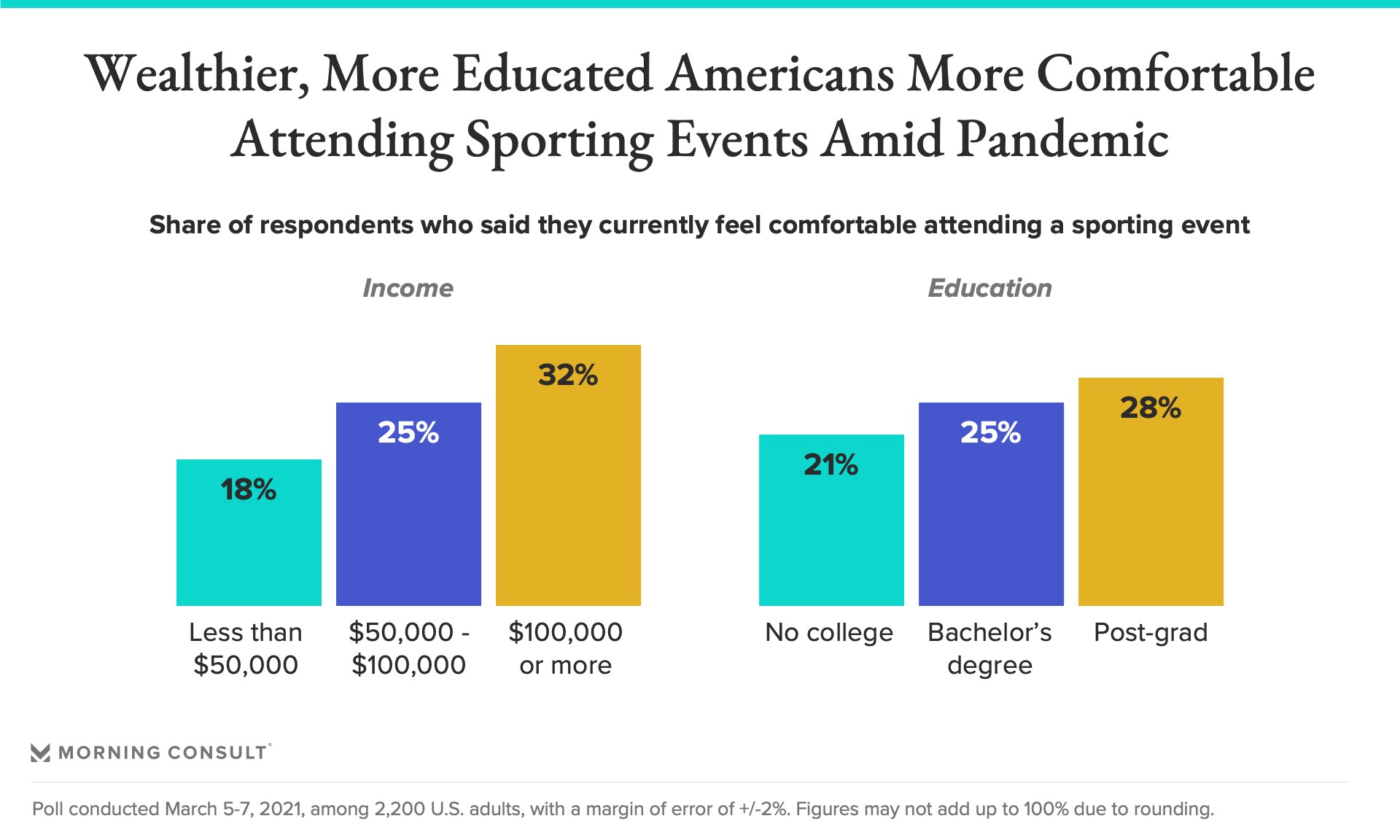 Adults with higher levels of education and income were more likely to express comfort about attending a sporting event amid the pandemic. This could come into play for the NCAA men’s and women’s basketball tournaments, as many of those who typically travel to attend games are alumni of participating schools. Both the men’s event in the Indianapolis area and the women’s event in San Antonio are expected to attract fans from across the country despite limitations on the number of fans allowed.