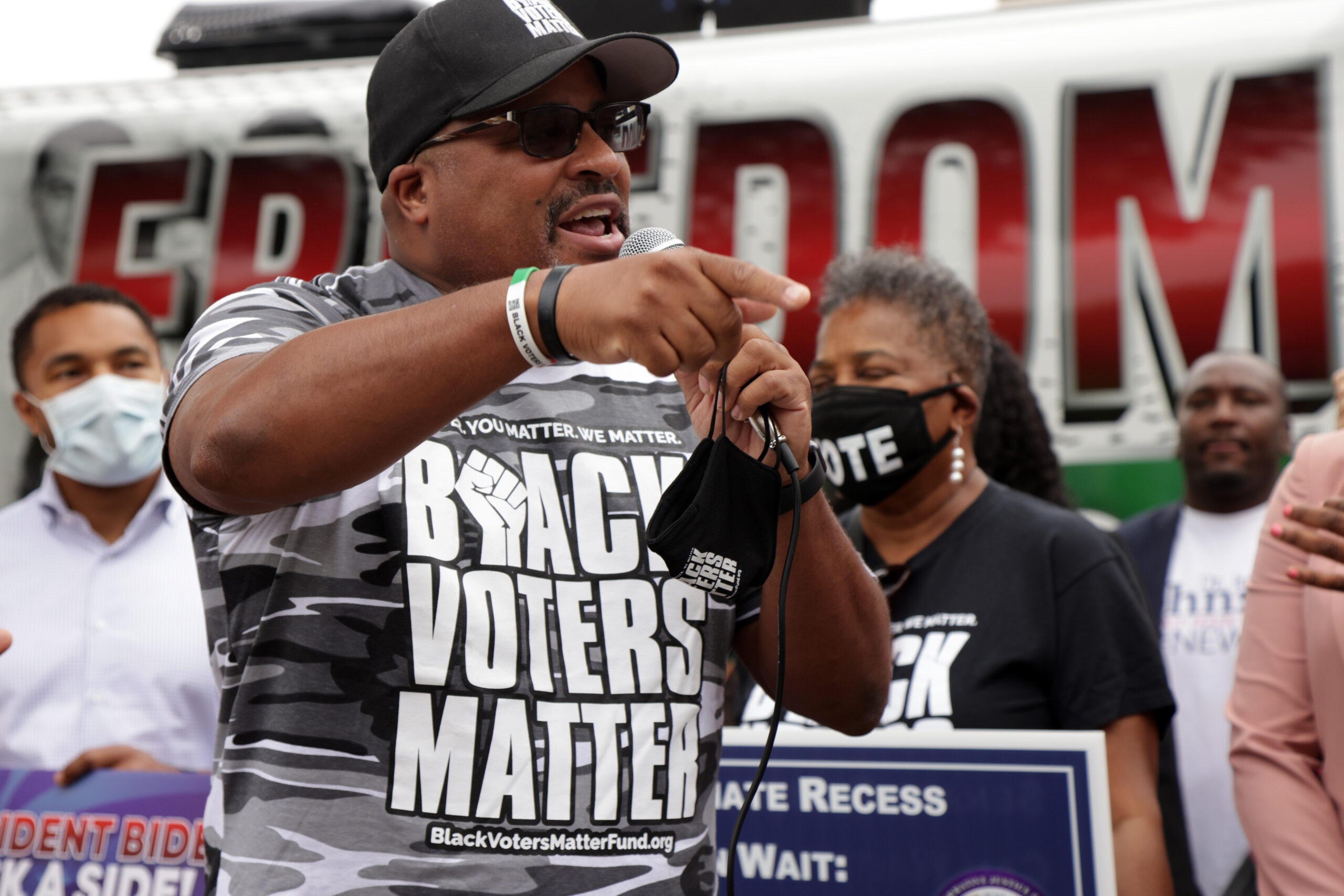 President Joe Biden’s sweeping federal rules to mandate vaccines hasn’t hurt him with the overall electorate, but it appears to have spurred a weakening of his standing with one of the most reliable pieces of the Democratic Party’s coalition: Black voters.

Since Morning Consult Political Intelligence surveys conducted immediately before Biden’s Sept. 9 mandate announcement, the president’s net approval rating – the share who approve of his job performance minus the share who disapprove – has fallen 12 percentage points among Black voters, driven by a 17-point drop among unvaccinated Black voters. 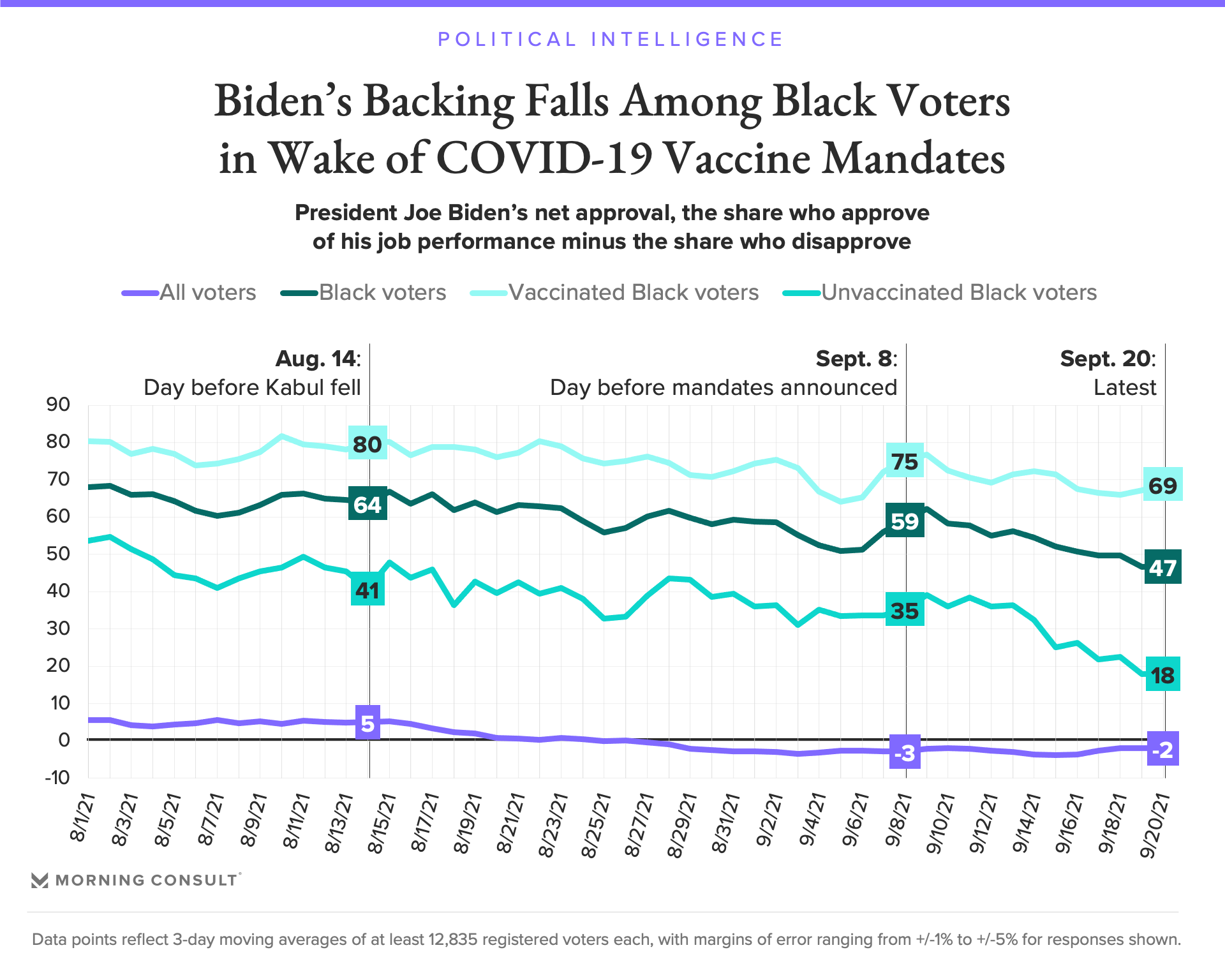 The September erosion accounted for more than two-fifths of the decline in perceptions of Biden’s job performance to date among Black voters, providing a stark warning sign for Democrats ahead of next year’s midterms. While Black voters, who helped push Biden over the top against President Donald Trump in key states last year, are unlikely to abandon the Democratic Party en masse to back Republicans on the ballot next year, low turnout from the group could have dire consequences for Democrats in Congress, who already face an early enthusiasm gap.

Biden is still popular with most Black voters, with 71 percent of them approving of his job performance, including 37 percent who do so strongly. But since Sept. 8, the share who disapprove of Biden’s job performance has increased 7 points, to 24 percent, and 14 percent said they “strongly disapprove.”

The rise in negative views came almost entirely from unvaccinated Black voters: 38 percent of Black voters who say they have not received their vaccine disapprove of Biden’s job performance, up 11 points since before he announced the mandate, while 56 percent approve, down 6 points over that time frame.

Among racial and ethnic demographics, Black Americans are the least likely to have received COVID-19 shots, something that’s been linked to social determinants in health care and institutional mistrust. The latest figures in Morning Consult’s tracking of vaccine sentiment found that 53 percent of Black adults have gotten the vaccine, the lowest share reported of any race or ethnicity. 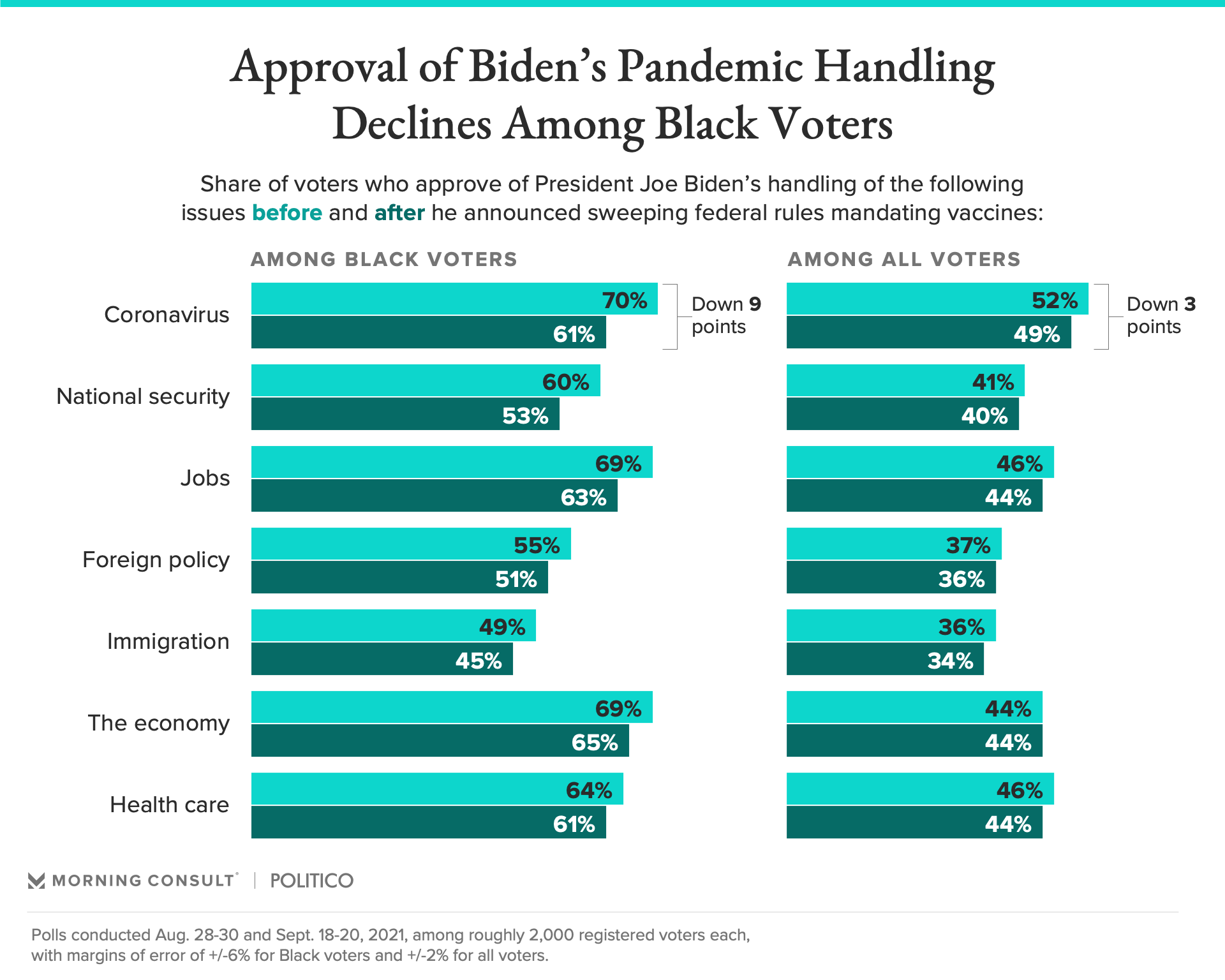 Discontent among Black voters over Biden’s latest pandemic posture has also cropped up in Morning Consult/Politico polling that tracks his handling of a number of critical policy issues.

In the latest Sept. 18-20 survey, 61 percent of Black voters said they approve of how Biden has handled the coronavirus, down from 70 percent in an Aug. 28-30 poll. Among the overall electorate, approval of Biden’s handling of the coronavirus pandemic dropped 3 points between the two surveys.