Parents Aren’t Jumping to Get Their Babies, Toddlers Vaccinated 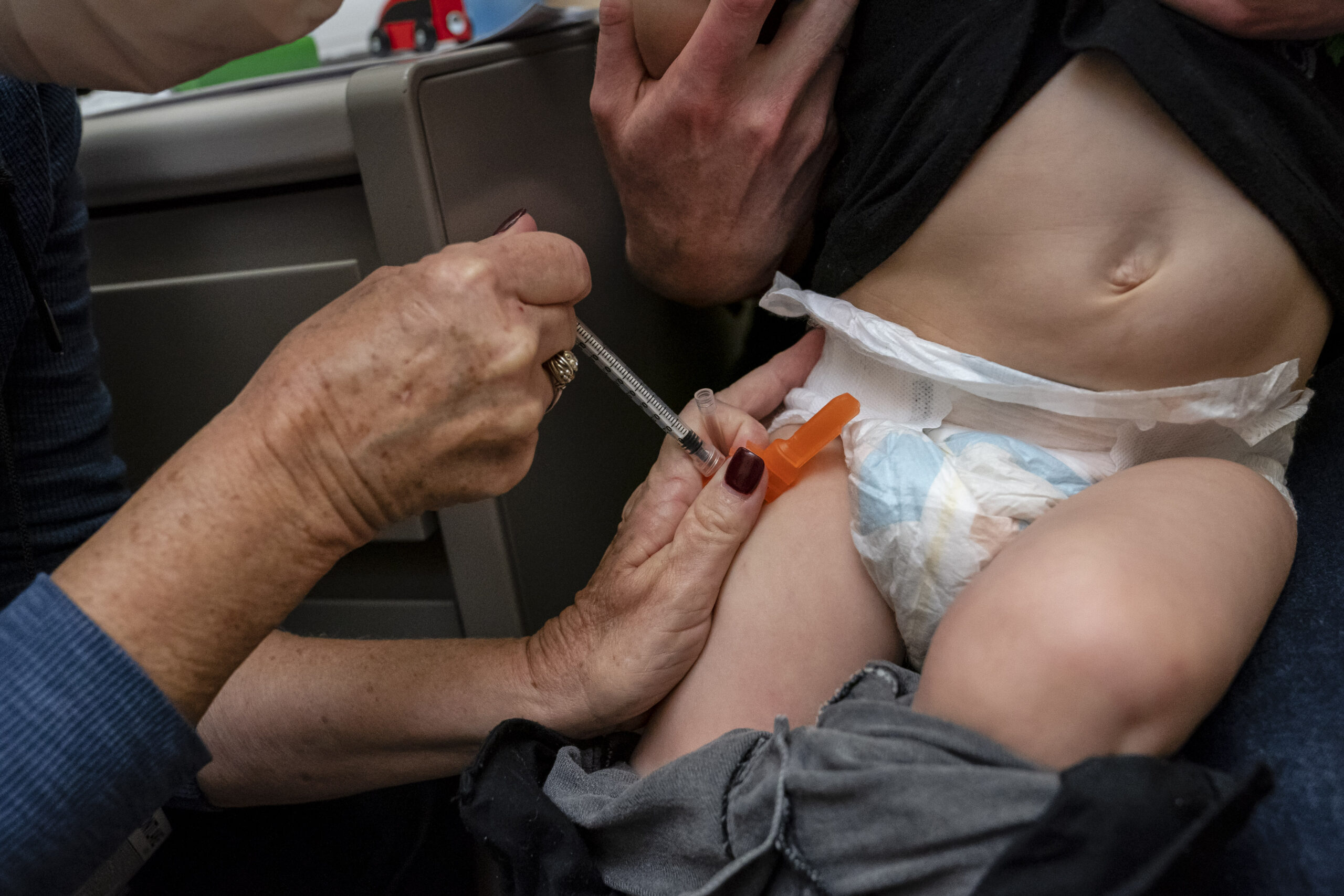 A 20-month-old baby receives the first dose of the Pfizer-BioNTech COVID-19 vaccine on June 21, 2022, in Seattle. A Morning Consult survey found that 42% of U.S. parents with children under 5 said they will definitely or probably get their kids vaccinated. (David Ryder/Getty Images)
By Gaby Galvin

COVID-19 vaccines began rolling out this week for nearly 20 million newly eligible toddlers and babies — but many of their parents are wary of the shots, according to a new Morning Consult survey that suggests public health officials will face an uphill battle to drive up immunization rates for the youngest Americans. 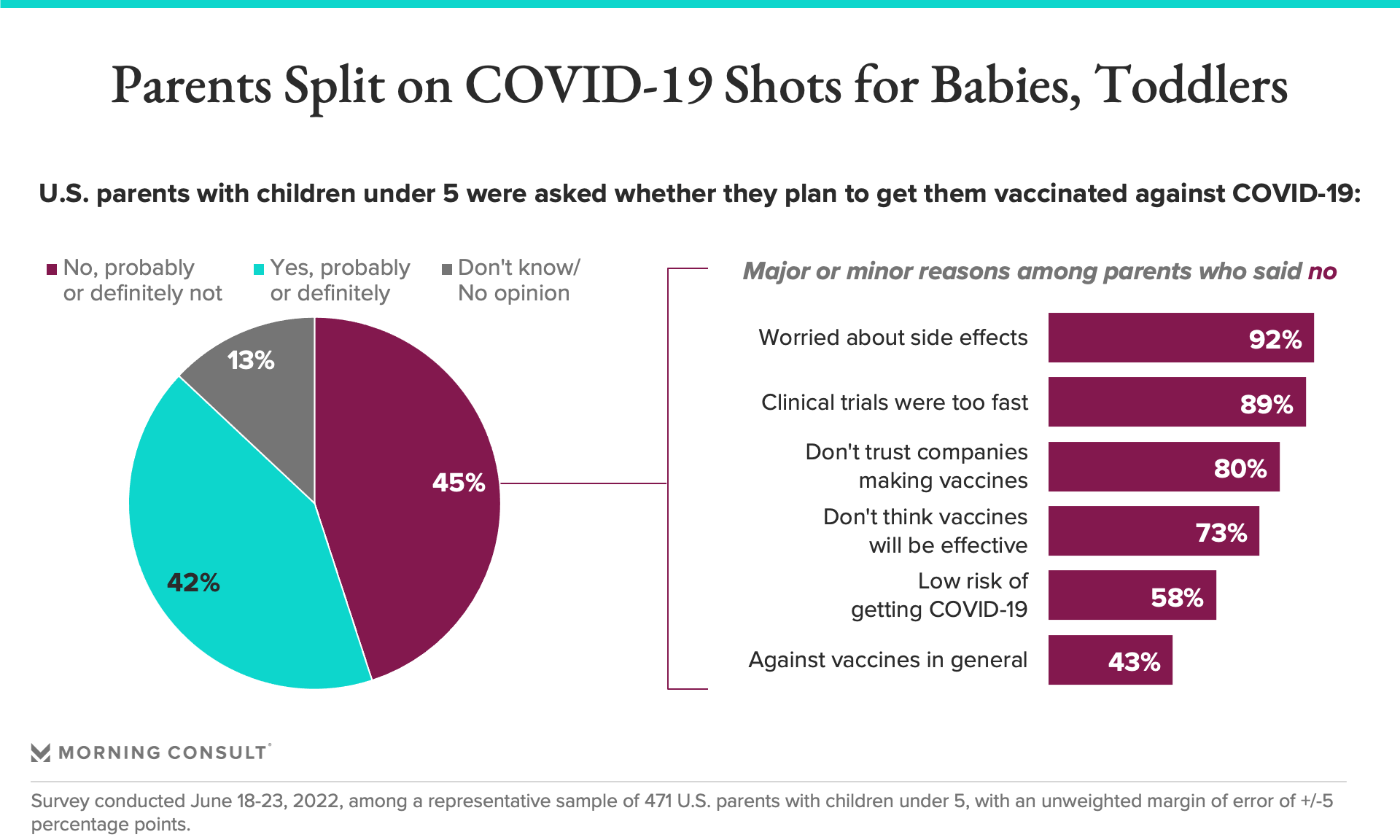 Survey indicates vaccine uptake for babies, toddlers may be slow

The June 18-23, 2022, survey was conducted among a representative sample of 471 U.S. parents with children under 5, with an unweighted margin of error of plus or minus 5 percentage points.

Related: As Pandemic Drags On, Kids Are Struggling With Their Mental Health. So Are Their Parents
Children Coronavirus Vaccines