Hollywood Is Winning Over Gen Z by Turning Movies Into Memes

A majority of Gen Z Americans heard about the #GentleMinions trend on TikTok to promote ‘Minions: The Rise of Gru,’ per a Morning Consult survey 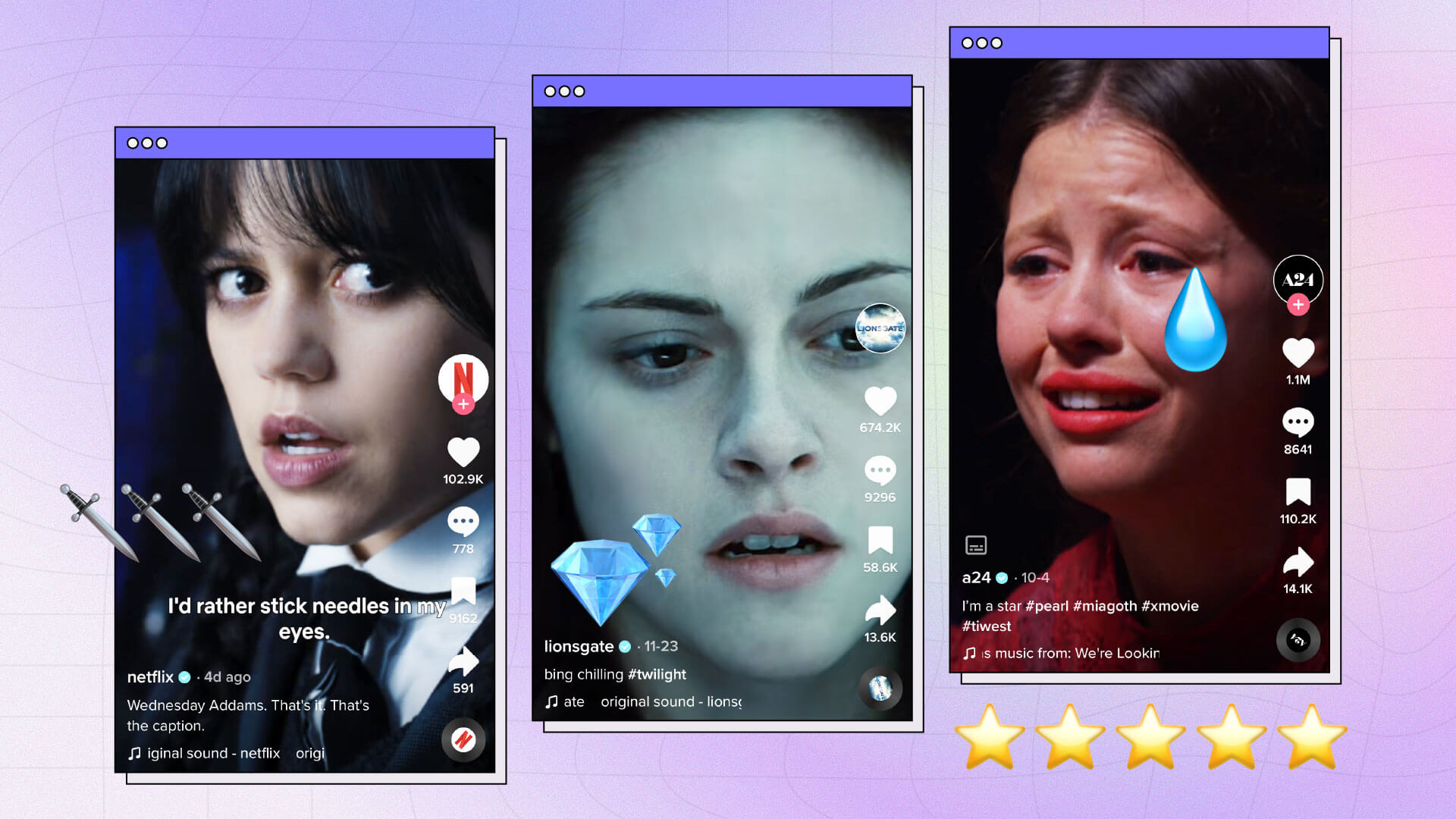 Most Gen Zers said they hear about upcoming movies and TV shows through advertisements and posts on social media, according to Morning Consult data. (Netflix, Lionsgate, A24, Unsplash / Morning Consult artwork by Chloe Phan)
By Saleah Blancaflor

As the film industry tries to recover from the COVID-19 pandemic, studios and their marketing partners are trying to find ways to get audiences — particularly younger ones — back into theaters. While the box office may never return to pre-pandemic levels, the industry did see some success this year with titles like “Top Gun: Maverick” and “Minions: The Rise of Gru.”

New Morning Consult data found that the majority of Gen Zers hear about upcoming movies and TV shows through advertisements and posts on social media. Large shares of them also heard about specific viral movie trends, including those for “Minions: The Rise of Gru” and “Smile,” both of which — perhaps uncoincidentally — wound up thriving at the box office.

More Than Half of Gen Z Knows About the #GentleMinions

Respondents were asked how much they have seen, read or heard about the following viral marketing campaigns:

The future of movie marketing is on social

Major studios like Universal Pictures and Lions Gate Entertainment Corp. have already created accounts on TikTok specifically to reach Gen Zers. They and other Hollywood brands typically try to mimic the generation’s sense of humor with posts and comments that a younger consumer might appreciate. Whether they’re able to do so authentically remains to be seen. But their mere presence on these apps appears to be paying dividends.

Twitter Inc. recently played a part in organic movie marketing with the Blumhouse Productions and Universal Pictures’ horror-comedy “M3GAN,” slated to premiere next month. Thanks to the film’s titular doll, which seems like it was designed in a meme lab specifically to go viral, the film is gaining a considerable amount of traction on the app and looks likely to perform well at the box office.