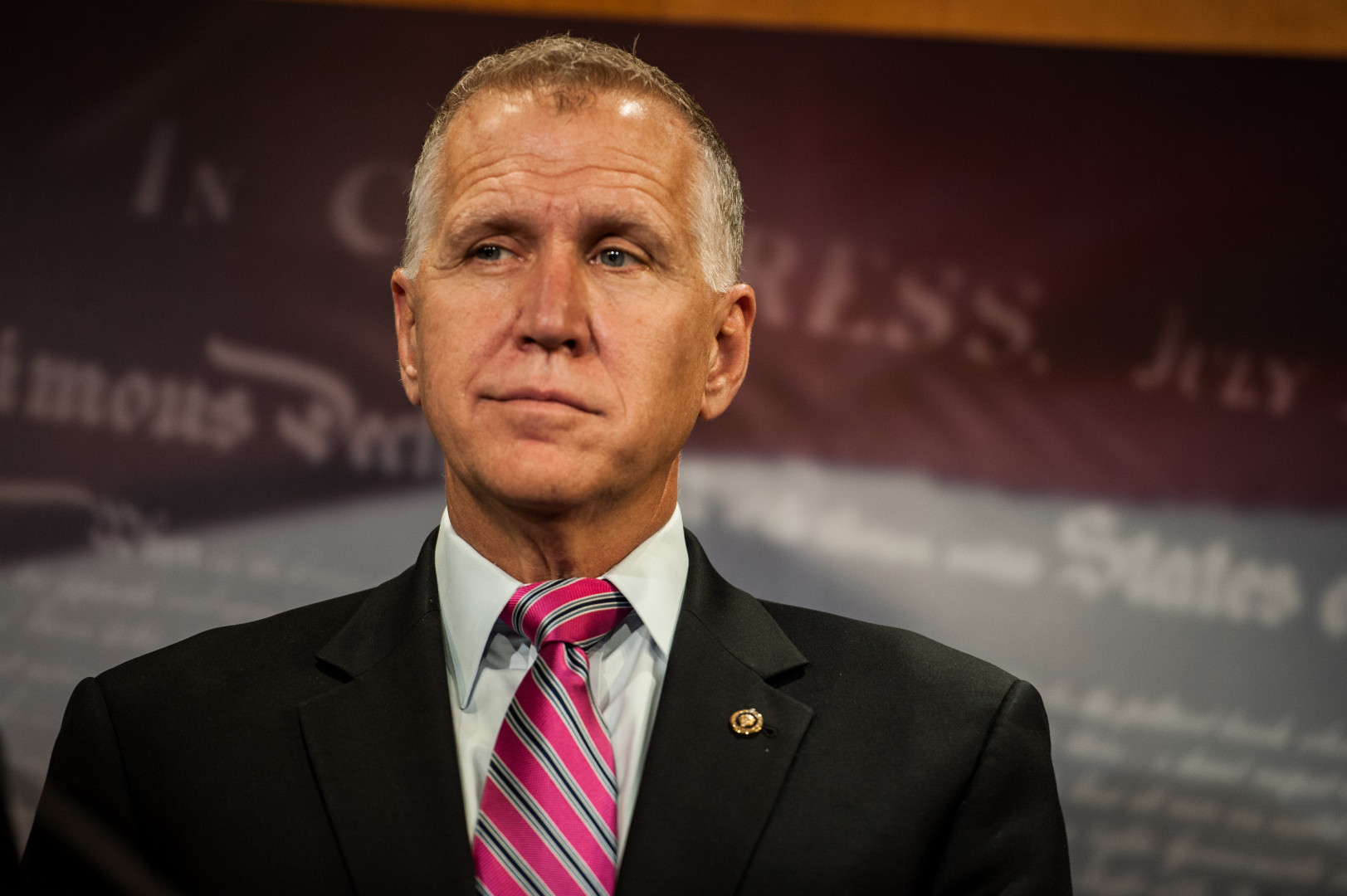 If there’s one thing that can unite at least some Republicans and Democrats on Capitol Hill, it’s crabs.

First-termer Sen. Thom Tillis (R-N.C.) is teaming up with veteran Sen. Barbara Mikulski (D-Md.) and a handful of other senators from coastal states to make it easier to get short-term foreign workers into the country. For Tillis and Mikulski, this is especially important during crab season.

“Crabs come when they come,” Tillis said in an interview. When crabs are ready to be caught, if a small seafood processing company doesn’t have the 10 or 12 workers on hand that it petitioned for months earlier, “it has to shut down,” he said.

As a Republican, Tillis is keenly aware of the negative feelings conservative voters associate with foreign worker visas and immigration generally. “There’s some general opposition to the notion that what we’re doing will cost American jobs,” he said.

Tillis is in a unique camp among Republicans that disavows that principle. He is joined by the likes of the No. 2 Republican in the Senate, John Cornyn of Texas, and Sens. Bill Cassidy (R-La.) and Susan Collins (R-Maine) in pushing to make sure the crabbing, landscaping and tourism businesses have easy access to workers during their peak seasons. Sen. Mark Warner (D-Va.) also is working on the issue.

Mikulksi has been championing the H-2B visa program on behalf of Maryland crab pickers for years, despite severe criticism from organized labor. The program allows employers to bring short-term workers into the country for a seasonal business needs, such as gathering crabs or working the Tilt-a-Whirl at a beach amusement park. The program is capped at 66,000 workers annually, split between first and second halves of the year.

Last year, Mikulski helped shepherd a provision into the year-end omnibus spending bill to only count new H-2B visa holders under the 66,000 cap for FY 2016. The practical effect of that provision is that this year, a crab picker or carnival concessionaire can hire the same workers from last year to come into the United States without upsetting the annual allotment.

Critics from the left and the right say that provision alone allows more than 200,000 foreign workers into the country. A coalition comprised of civil rights and labor groups, including the AFL-CIO, called it “shameful.”

Organized labor and advocates for less immigration in the United States are gearing up to fight the extension of the H-2B proposal this year. A spokeswoman for the Southern Poverty Law Center, which aligns with labor on the issue, told Morning Consult that her group is already monitoring the annual appropriations process.

Roy Beck, executive director of the less-immigration group NumbersUSA, told Morning Consult that the inclusion of the H-2B exemption in last year’s omnibus spending bill was a “sneak attack” that allowed proponents to avoid the painful rhetoric that tends to go with proposals to increase foreign workers.

Beck says this year, H-2B proponents such as Tillis won’t be so lucky. The presidential race in both political parties has showcased the power of a national populist sentiment that, for whatever reason, does not like foreign labor. “It plays so powerfully into the populists-versus-establishment fight, and populists have obviously won,” he said.

Mikulski is unapologetic, saying the crab industry depends on a steady supply of temporary foreign workers to stay solvent. As the top Democrat on the Senate Appropriations Committee, she is in a powerful position to keep the H-2B exemptions afloat.

Mikulski told Morning Consult that she has been “clear and consistent” on her support of the H-2B program and does not intend to change course. As to prospects for the future, she said only this: “We’re not prepared to talk about H-2B until we get closer to the markup,” referring to the committe vote on the spending bill for the departments of Labor, Education and Health and Human Services.

Mikulski’s statement solidifies the assumption from lobbyists that this is a year-long game. The Labor-HHS spending bill is almost always the last spending measure to be considered in committee. It rarely sees its own floor vote because its jurisdiction of health and labor makes it an amendment magnet.

Lobbyists who want the returning worker H-2B exemptions are hoping the conversation can begin with the spending bill on the Department of Homeland Secuirty, which also has jurisdiction over the visas, according to a letter they sent to appropriators at the end of March.

The coalition seeking to extend the current H-2B exemption for FY 2017 is eyeing the almost certain year-end spending bill as the most likely vehicle. The Workforce Coalition, which represents dozens of employer groups that are reliant on seasonal labor, asked lawmakers to “please ensure that the Returning Worker provisions are included as a part of any FY 2017 spending bill so that small and seasonal employers can remain in business,” the March 31 letter said.

In April, about 50 members of the Outdoor Amusement Business Association visited members of Congress on key committees to ask them to overhaul the H-2B program. The group’s president, Robert Johnson, said the program is essential to sustaining the “seasonal, small family businesses” that make up the mobile entertainment industry that includes fairs and carnivals. Given the seasonal and travel-based nature of the industry, attracting and retaining qualified workers is a challenge for these companies.

Tillis echoes Mikulski when he says the seafood industry in his state is dependent on foreign workers to gather and process crabs in the summer months. They are difficult jobs that last only a few months, perfect for a foreign worker that wants to earn a paycheck for part of the year and return home for the rest of the year. These jobs are not so perfect for Americans.

“They’re not finding enough workers,” Tillis said. “Other jobs have come up that appear to be a better alternative to American workers.”

But without access to the foreign labor, the supply chain of the seafood industry becomes threatened, he said, which then hurts American jobs.

This is the crux of the argument in Congress that, so far, appears to be working, despite concerns among some Republicans and Democrats that the United States shouldn’t be encouraging foreign labor. Tillis has sponsored a bill, supported by a small bipartisan group of lawmakers, to exempt returning workers from the H-2B cap and give exclusive authority of the program to DHS.

Beck, who is fighting that measure, gives credit to the employer groups that have quietly angled for easier access to H-2B workers without arousing much public opposition. “It shows the power of on-the-ground lobbying that can kind of stay on the ground and move something forward even when the air is full of airplanes firing,” he said. “In the end, it’s going to go public.”

Tillis acknowledged that his proposal will likely need to wait until the end of the year, after the election, to see any traction. In the meantime, he spends much of his time on the issue trying to get the Labor Department to speed up its approvals. “We’re so close to the season here. We have to work within the current rules,” he said.