As political journalists prepare to gather at the annual White House Correspondents’ Association dinner on Saturday to celebrate their work, a new Morning Consult poll is likely to make many of them cringe.

President Donald Trump, a frequent public antagonist of the press and the first president in 36 years to skip the confab, is also slightly more trusted than the national political media. Thirty-seven percent of Americans said they trusted Trump’s White House to tell the truth, while 29 percent opted for the media. 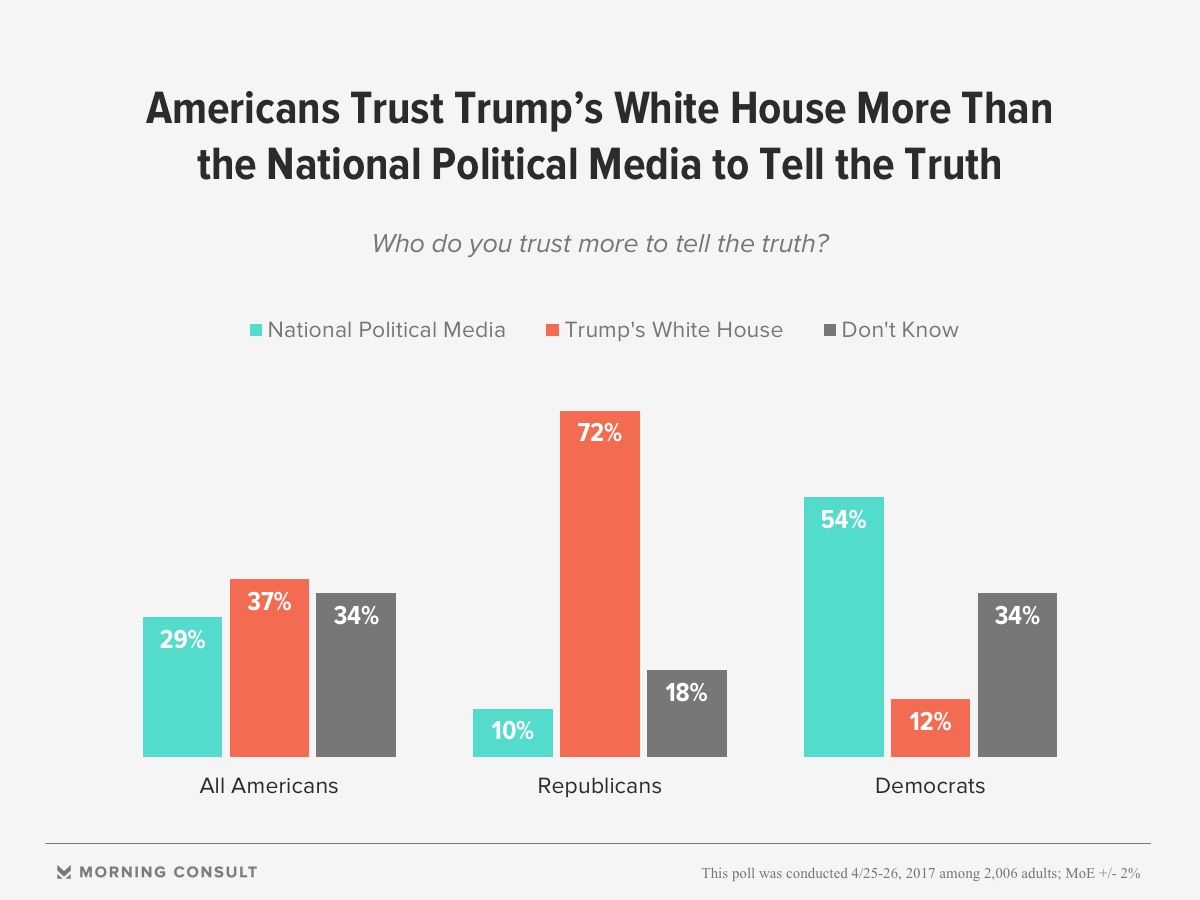 Only 38 percent said they have “a lot” or “some” trust in the media covering Trump’s White House fairly, compared with about half (52 percent) who said they didn’t have much or none at all. Almost half (48 percent) also said they thought the media has been harder on Trump than other past presidential administrations.

Partisanship was the main determining factor on how Americans felt about the state of national political reporting and analysis, with Republicans expressing much stronger misgivings about the media than Democrats.

But the media also scored low marks among independents, with more than half saying they didn’t trust national news outlets to cover the White House fairly and that they trusted Trump more. Roughly half (49 percent) also said the media was out of touch and 43 percent said outlets had been harder on Trump than other presidents.

Trump’s critiques of the media, which he commonly derides as “fake news” also seems to have struck a chord with Americans. A plurality (42 percent) said they see fake news in national newspapers or network news broadcasts more than once or about once a day. About 3 in 10 (31 percent) said they saw fake news from those sources once every few days, once a week or slightly less often than that.

The dinner itself is not at the top of Americans’ minds. Three in five voters said they hadn’t heard much or anything at all about it, and just 13 percent had heard a lot.

The national, online survey of 2,006 adults was conducted April 25-26 and has a margin of error of plus or minus 2 percentage points. See the full results here.