Most Voters Were Concerned About Trump Handling Classified Info 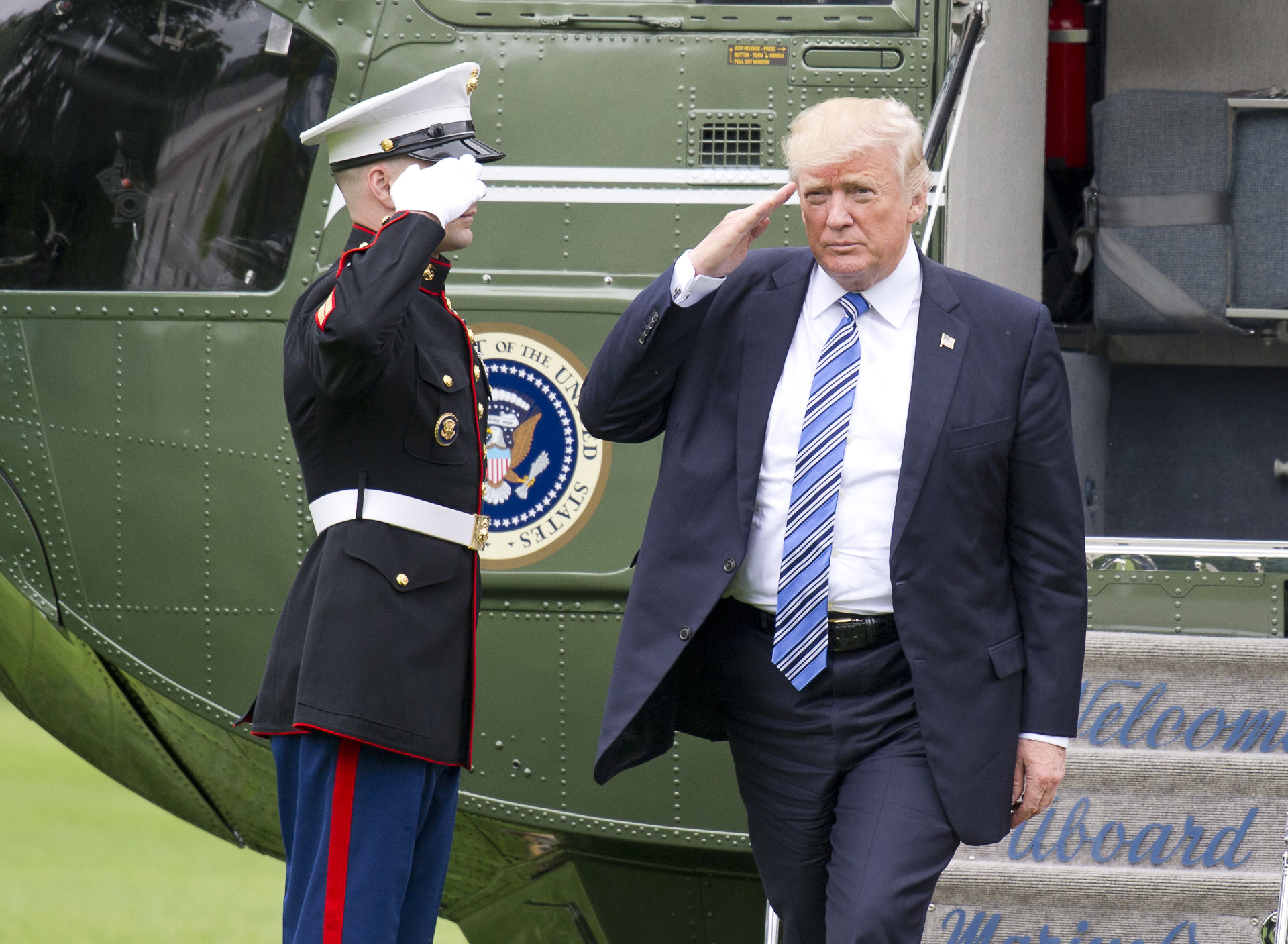 As the White House reels over a fresh controversy involving President Donald Trump reportedly sharing highly classified information with Russian officials, Morning Consult polling shows that before the 2016 election, most voters were concerned that something like that could happen. 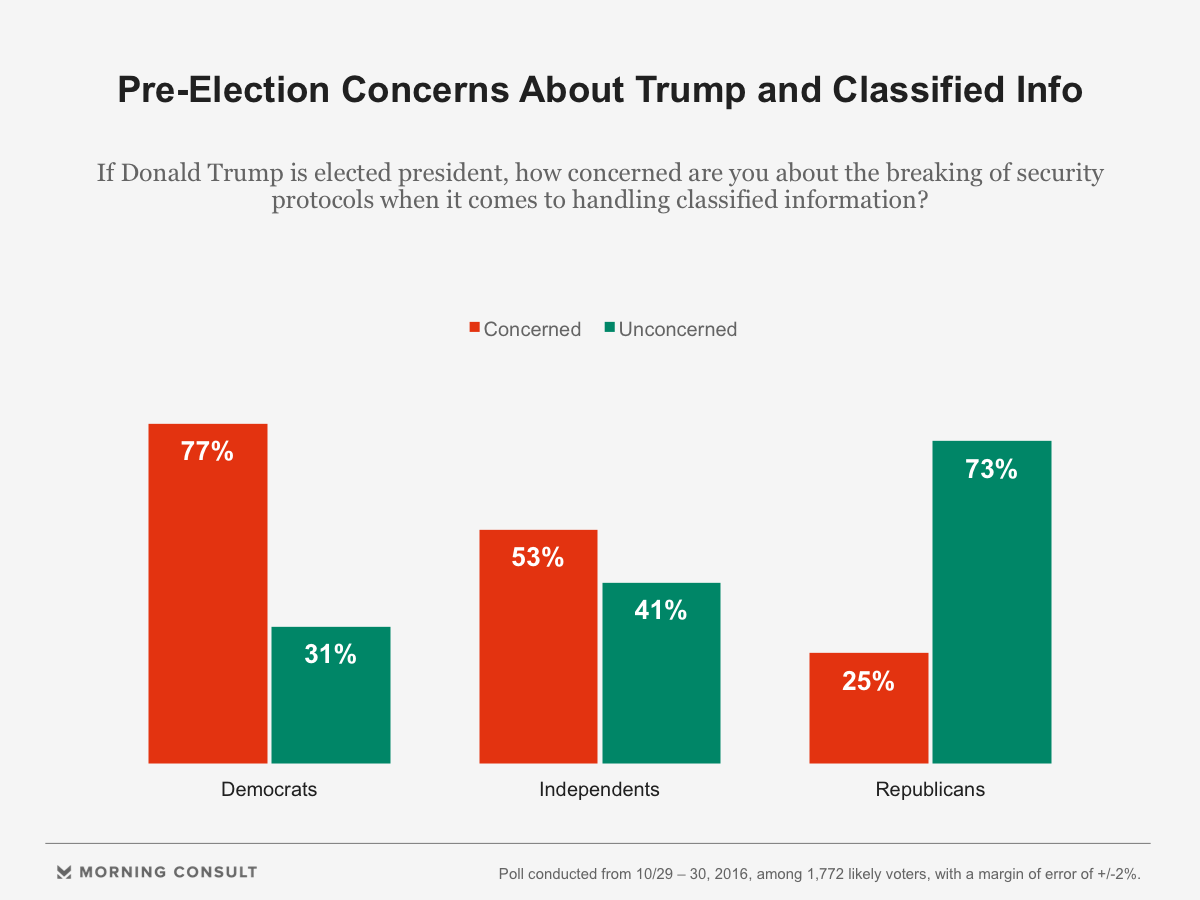 The Monday report from The Washington Post, confirmed and advanced by The Wall Street Journal, The New York Times and other major media outlets, said Trump shared sensitive intelligence related to the Islamic State with Russian Foreign Minister Sergey Lavrov and Russian Ambassador Sergey Kislyak, which was obtained from a U.S. ally in the Middle East. The reports noted that the United States had not received permission to share the information, and that it was so sensitive that it was also concealed from much of the intelligence community.

National Security Adviser H.R. McMaster pushed back on the reports Monday night, calling them false and insisting that Trump did not reveal sources or intelligence-gathering methods during the conversation with the Russians. However, the reports did not allege that the president had shared methods or sources. Rather, the article said the commander-in-chief revealed enough information that the source of the classified information could have been compromised.

As President I wanted to share with Russia (at an openly scheduled W.H. meeting) which I have the absolute right to do, facts pertaining….

…to terrorism and airline flight safety. Humanitarian reasons, plus I want Russia to greatly step up their fight against ISIS & terrorism.

But the reported breach, and its implications for the United States’ relationship with allies, has alarmed a number of Republican members of Congress who have spoken up, including Senate Armed Services Committee Chairman John McCain (R-Ariz.), Senate Foreign Relations Committee Chairman Bob Corker (R-Tenn.) and Susan Collins of Maine, who sits on the Senate Intelligence Committee.

In a Tuesday morning interview with Bloomberg TV, Senate Majority Leader Mitch McConnell (R-Ky.) said he thought McMaster’s statement refuted the Post’s story, but added, “I think we could do with a little less drama from the White House on a lot of things.”

Pressed by reporters at the Capitol later Tuesday about whether he had any concerns about Trump’s ability to handle classified information, McConnell said “no.”

Before the election, 52 percent of registered voters said they did not think Trump was ready to be commander-in-chief, 54 percent said he lacked the proper judgment for office and 64 percent said he was reckless. Again, Democrats were most likely to have these concerns, but majorities of independent voters agreed with them, whereas most Republicans disagreed.

Overall, 82 percent of registered voters said he was arrogant and 62 percent said he wasn’t willing to admit mistakes.

Updated to include further reaction from McConnell.