Political observers have said it’s been a very bad week for President Donald Trump, and that notion is underscored by a new Morning Consult/POLITICO survey that shows his support continues to decline as many voters expressed concern about his fitness for office.

The survey was conducted immediately after two explosive reports from The Washington Post and The New York Times concerning allegations that Trump disclosed highly sensitive classified material to Russian officials and previously asked Federal Bureau of Investigation Director James Comey — who he has since fired — to end the agency’s investigation into former National Security Advisor Michael Flynn.

Trump’s approval among voters reached a new low for the third time this month, with 41 percent saying they still approve of his job performance and 53 percent disapproving — a 4-point drop in his net approval rating from the previous poll. About two in five said they strongly disapproved of the president, while 42 percent of the voters who helped elect Trump in November said they still strongly approve of him. 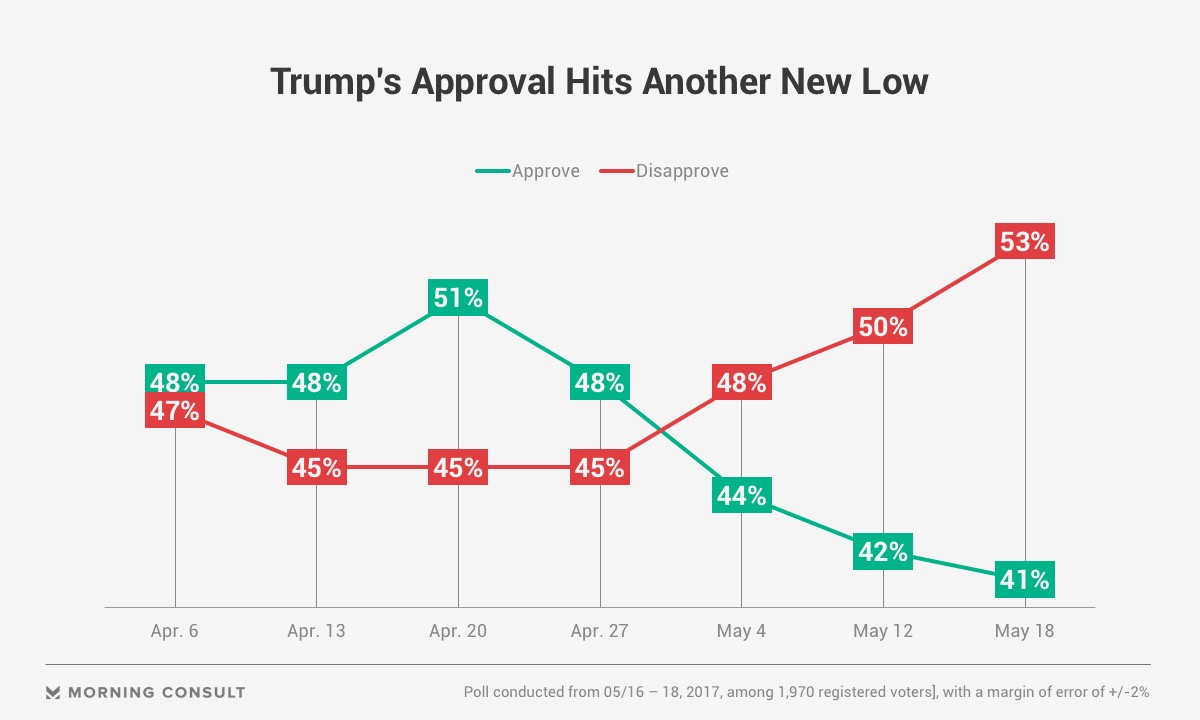 Reports that Trump disclosed very sensitive classified material obtained from a Middle East ally regarding the threat of a terrorist attack was widely seen by voters: 84 percent said they’d heard “a lot” or “some” about the disclosure. A majority of voters (58 percent) called the disclosure inappropriate, including 85 percent of Democrats, 59 percent of independents and 27 percent of Republicans.

White House officials have denied the story, accusing those who leaked the information of compromising national security interests. But a plurality of voters (44 percent) said those officials were right to leak the information to the media, arguing that it was necessary to alert our international allies and the public about major breaches in national security protocol.

A majority of Americans also appear to have concerns about Trump’s fitness for office. Most voters (52 percent) said they weren’t confident in President Trump’s ability to keep the country safe from terrorism and 50 percent said he wasn’t “able to serve as commander-in-chief.” The president also scored poorly on issues of trust, character and other considerations for his aptitude to lead the country. 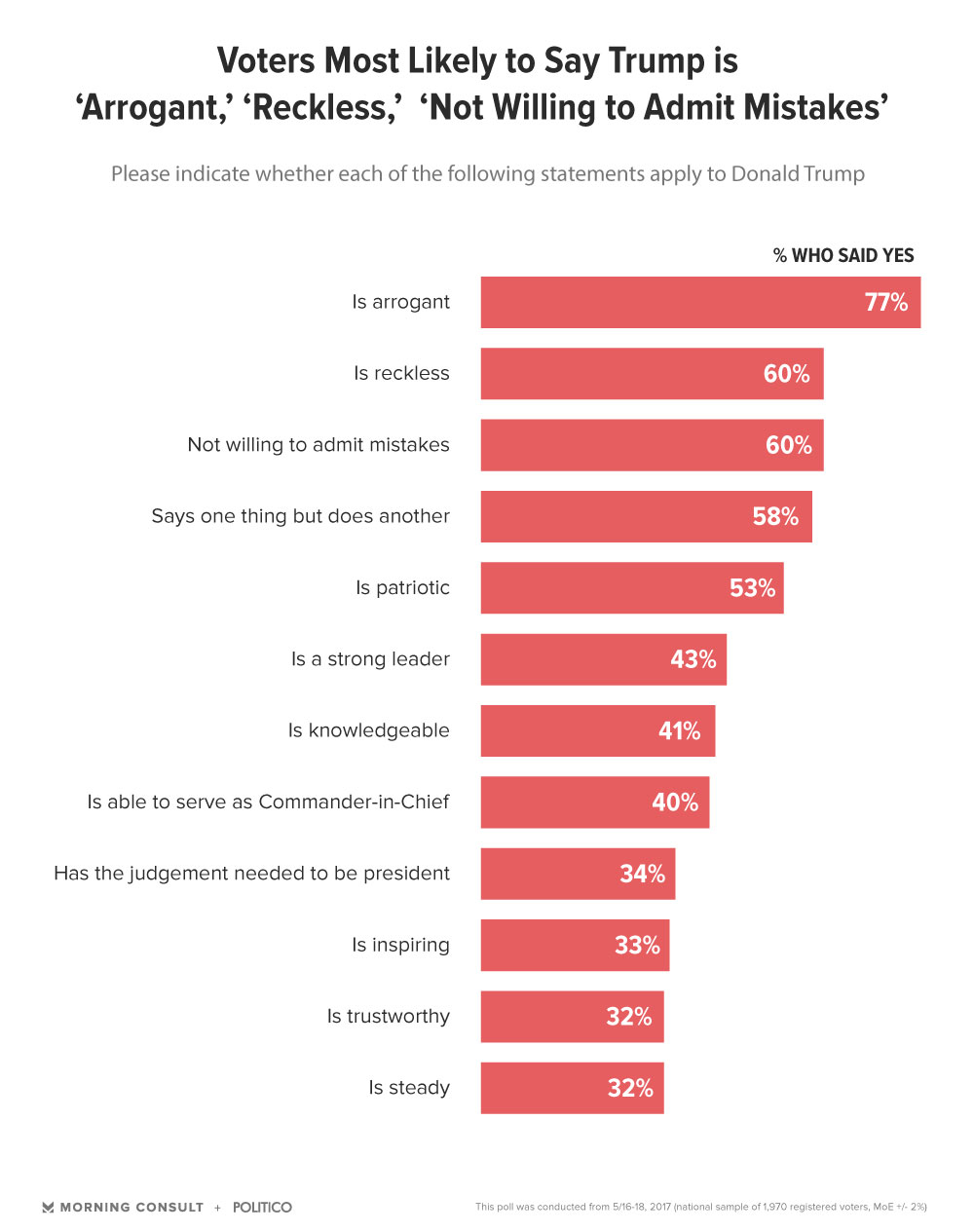 The national, online survey polled 1,970 registered voters from May 16-18 and has a margin of error of plus or minus 2 percentage points. See the full results here.