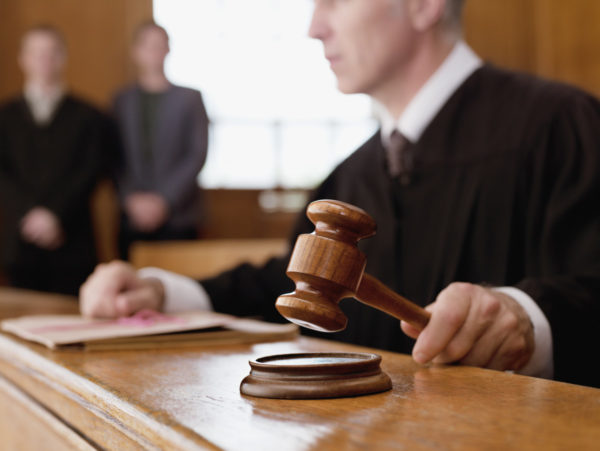 While the Trump administration has been aiming to make good on promises like rolling back clean air protections, legal pressure from conservation and public health advocates shows that hitting the brakes on existing regulations is easier said than done.

Following pressure from lawsuits, the Environmental Protection Agency on Wednesday said it won’t be implementing a previously announced one-year delay for the agency to weigh in on smog pollution compliance. States, as well as public health and environmental advocacy groups, challenged the initial announcement and other regulatory delays in federal court.

The EPA has not convinced judges of the lawful merits of delaying Obama-era environmental protections while it crafts its own proposals to overhaul regulations. However, if the EPA stops trying to fast-track regulatory rollbacks, experts say the agency could eventually replace existing regulations through the lengthier rulemaking process.

“It just takes time to revise or repeal regulations because there are procedural steps that need to be followed and analysis that needs to be done,” Janet McCabe, acting assistant administrator for the Office of Air and Radiation during the Obama administration who’s now a senior law fellow at the Environmental Law & Policy Center, said in an interview on Tuesday.

On the campaign trail, President Donald Trump promised to promote economic growth through deregulation. His EPA chief, Scott Pruitt, even sought to overturn several of the agency’s regulations when he was Oklahoma’s attorney general.

The EPA and the White House said they plan to roll back regulations that affect the coal, oil and natural gas industries. But the process to create substitute rules is complex and could take several years, experts and former officials say. The EPA has started crafting rule proposals but none have been submitted to the Office of Management and Budget.

The EPA and the White House did not comment on efforts to roll back regulations.

Myron Ebell, who led Trump’s EPA transition team and is now director of the Center for Energy and Environment at the Competitive Enterprise Institute, said in a Tuesday interview that in the six months since Pruitt started leading the agency, he has been making good progress complying with Trump’s executive orders to cut regulation.

The EPA’s announcement Wednesday regarding the withdrawn one-year delay of pollution rules followed lawsuits from advocacy groups and 15 states.

“We think that them backing down the day before a response to our lawsuit was due signals that they had no good response,” Seth Johnson, an attorney with Earthjustice, which represents several of the plaintiffs, said in a Thursday interview.

The methane emissions rule is another example where the EPA’s fast-track approach to scrapping Obama-era regulations is facing hurdles. The rule created additional requirements for inspecting leaks of methane gas from new and modified oil and gas wells in order to reduce emissions of the greenhouse gas.

But industry groups argued that implementing the rule was unreasonably costly, especially given the low price of gas. The Trump administration sought to implement a preliminary 90-day stay of the rule, along with a two-year stay.

A federal court on Monday ruled the 90-day stay was unlawful. The Justice Department had until July 28 to challenge the ruling, and the DOJ’s decision not to challenge it was viewed by environmental advocates as a sign that the administration had no better justification for the stay.

Environmental advocates followed through on promises to file several lawsuits over what they view as poorly reasoned and legally unsound regulatory delays by the Trump administration.

“These rules and regulations that were instituted by previous administrations, that Pruitt and the EPA are trying to take the hatchet to … really thorough administrative work went into those standards,” Andres Restrepo, an attorney with the Sierra Club, said in a Tuesday interview.

But Restrepo and other attorneys challenging the EPA expect the agency to continue pursuing its two-year stay of the methane rule.

Ebell called the methane ruling “a little adversity” that wouldn’t dissuade the administration from following through on Trump’s deregulatory pledges, saying the EPA has easier targets for deregulation besides the methane rule, which the agency could challenge with a new proposal once they have more staff in place.

“I see they’re going to have more trouble with that rule than they are with the Clean Air Act rules for power plant stuff,” Ebell said.

The Trump administration may agree with that assessment: In April, it announced an indefinite stay of the compliance deadlines for a coal plant rule that seeks to reduce toxic water pollution. A lawsuit challenging the stay was put on hold by the D.C. Circuit.

Correction: An earlier version of this story incorrectly identified Earthjustice’s role in the smog pollution suit.