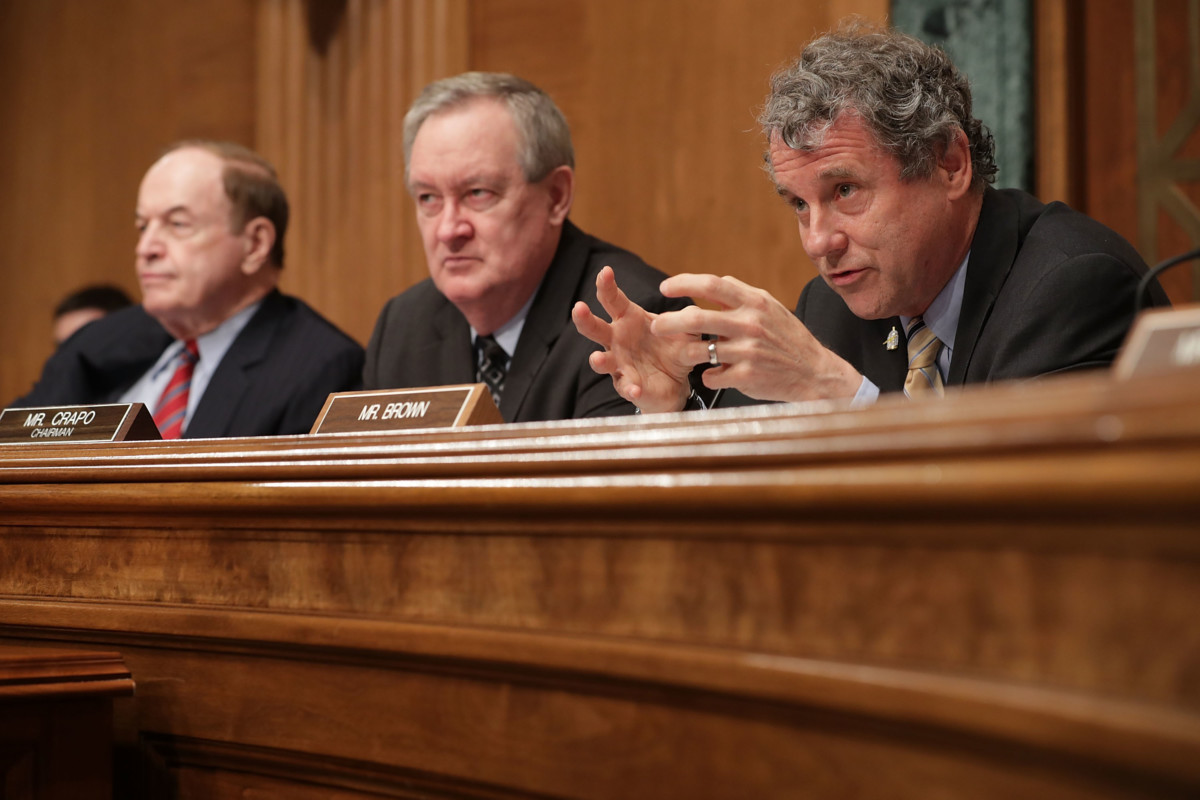 As the Federal Reserve faces a fourth vacancy on the seven-member board of governors, Senate Banking Committee Chairman Mike Crapo (R-Idaho) urged the full Senate to quickly confirm Randal Quarles, whose nomination to be the Fed vice chairman for supervision was approved by the panel Thursday.

Before the committee voted 17-6 to approve Quarles’ nomination, Crapo cited the pending departure of Fed Vice Chairman Stanley Fischer, who on Wednesday announced his plan to resign for personal reasons in mid-October.

“This development highlights the need to quickly confirm Mr. Quarles so that the seven-member board can maintain at least four members,” Crapo said. In addition to Fischer, the current members of the board of governors are Jerome Powell, Lael Brainard and Janet Yellen, the chairwoman.

The panel also approved Joseph Otting as a nominee for comptroller of the currency by a 13-10 vote, with Heitkamp voting with the Republicans. The nomination also goes to the full Senate.

David Popp, a spokesman for Senate Majority Leader Mitch McConnell (R-Ky.), said he didn’t have “any guidance or announcements” on whether the chamber will take up the Quarles nomination before Fischer’s resignation becomes effective.

“Because this committee refused to consider President Obama’s nominees to the Federal Reserve Board last Congress, there will still be three additional vacancies,” Brown said. “It’s important to remember that as we move forward.”

When he was the Banking panel’s chairman, Shelby held off on proceeding with Obama’s nominees because the president hadn’t yet named a person to serve as the Fed’s vice chairman for supervision, a position created by the 2010 Dodd-Frank Act.

At the time, Shelby said that Obama needed to “obey the law of Dodd-Frank” and send the Senate a nominee for the post. Former Fed Gov. Daniel Tarullo, who left the Fed in April, managed supervisory activities on a de facto basis. If the Senate confirms Quarles, he would be the first person to officially fill that role.

Although Brown made clear his frustrations with the number of Fed vacancies on Thursday, he also signaled that he and some of his Democratic colleagues on the panel will continue to vote against Trump nominees whose backgrounds resemble Quarles’.

Brown repeated a criticism from July’s confirmation hearing that Quarles, who will be responsible for overseeing the Fed’s administration of many post-crisis financial reforms, did not learn lessons from serving in President George W. Bush’s administration as undersecretary of Treasury for domestic finance in the run-up to the 2008 financial crisis.

“I fear more of the same type of nominees” for additional vacancies at the Fed and other agencies, Brown said.