Almost 300 House members have voiced support for a similar proposal 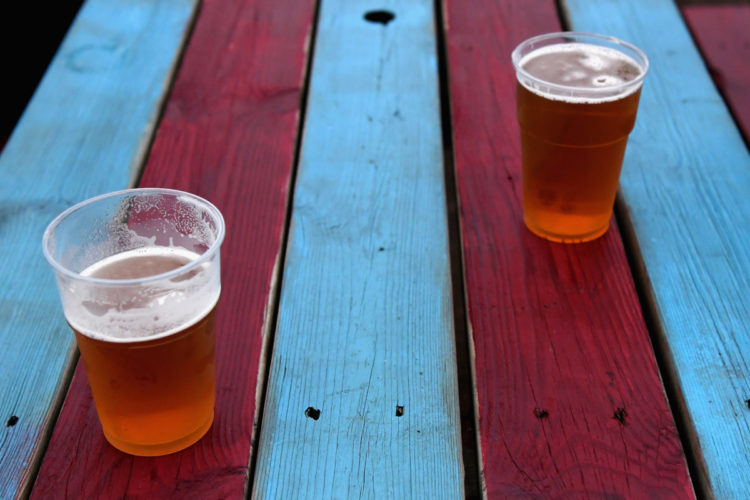 Groups that represent brewers, winemakers and distillers in Washington said on Monday that the Senate should use its tax reform package to enact long-discussed changes to the excise tax regime which, in the industry’s view, would help both large beverage-makers and smaller, craft operations.

“The beverage alcohol industry remains one of the most regulated industries in America,” the groups wrote. “Brewers, winemakers and distillers pay state, local and federal taxes on their production. Federal excise taxes, which are regressive taxes, are simply too high.”

Portman’s amendment would enact the provisions of S. 236, which contains several changes to how the federal tax code treats the sale and production of alcoholic beverages. The underlying legislation was introduced by Sen. Ron Wyden of Oregon, the ranking Democrat on the Finance Committee, on Jan. 30. It has bipartisan support from 53 cosponsors, including 24 Republicans and 11 members of the Finance Committee. Hatch is not a cosponsor. An identical House bill — H.R. 747, introduced by Rep. Erik Paulson (R-Minn.) — has 295 co-sponsors.

Portman’s amendment would cut federal excise taxes on domestically produced beer and distilled spirits and allow greater access to a credit for the wine excise tax, which ranges between $1.07 and $3.40 per gallon.

Under current law, the per-barrel excise tax rate for beer is $18, but small brewers can access a $7-per-barrel rate for their first 60,000 barrels if they produce fewer than 2 million barrels every year. The Portman amendment would lower the overall per-barrel rate to $16 for the first 6 million barrels produced by any brewer, and cut the domestic small-brewer rate to $3.50 for the first 60,000 barrels.

A similar change would apply to distilled spirits, which are currently taxed at a rate of $13.50 per proof gallon. Distillers would be able to access a $2.70 per proof gallon rate for the first 100,000 gallons they produce or import.

Additionally, the proposal would make various changes to the regulation of alcoholic beverages, which is mostly administered by the Treasury Department’s Bureau of Alcohol and Tobacco Tax and Trade. For example, the aging periods of beverages would not be considered as production for the purposes of interest deductions taken by producers.

Unlike the Wyden bill, which would make the tax changes permanent, the tax provisions in Portman’s amendment would expire at the end of 2019. That difference would give tax writers more wiggle room to make the changes as part of the tax reform package while avoiding a significant long-term effect on the extent to which the overall tax legislation adds to the federal deficit.

The Finance Committee began a markup of the Senate legislation on Monday. Members of the panel had filed 355 proposed amendments, according to the committee’s website. Many of those amendments are unlikely to be considered by the committee.