Near the Finish Line: The Lifecycle of Obamacare’s Enrollment Target 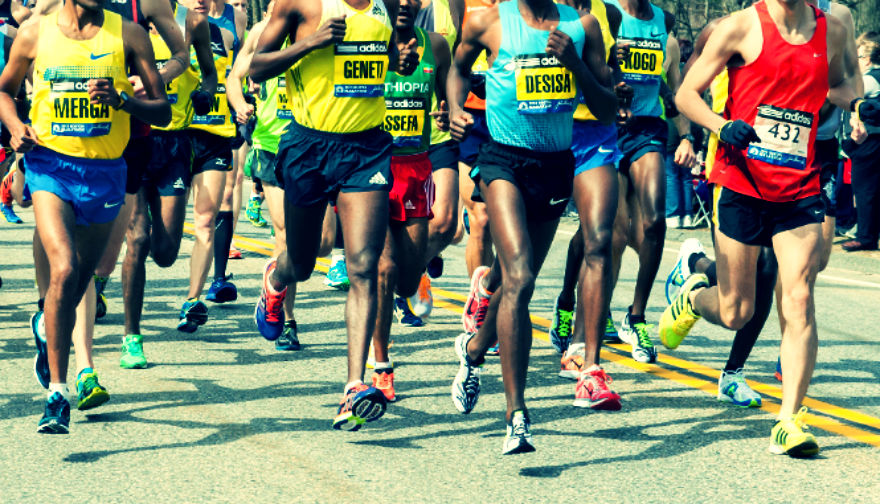 The Obama administration announced they hit their revised goal of 6 million enrollees on the Affordable Care Act exchanges this week, several days before enrollment closes tomorrow. Politically, hitting this benchmark is an important symbol for the administration, as it has struggled to recover from the disastrous rollout of the insurance exchange websites this fall. But policy-wise, it doesn’t mean nearly as much. And it may take until 2016 to really see if the law is successful at consistently getting lots of Americans affordable health insurance.

The story of the enrollment number begins with the Congressional Budget Office, the nonpartisan group of economists tasked with estimating how much legislation will cost the federal government. The enrollment target was never intended to be a marker of the law’s overall achievement. But that is what it became, helped along in part by the Obama administration itself.

To figure out how much the Affordable Care Act would cost, CBO first needed an estimate of the number of potential exchange enrollees. From there, they could calculate the federal dollars that would be spent to help those enrollees buy insurance coverage. At first they predicted 8 million people would sign up on the exchanges in the first year. That estimate eventually dropped to 7 million, and then further down to 6 million in the wake of the website debacle.

One of the first times the Obama administration publicly embraced the revised target was in June 2013, when Health and Human Services Secretary Kathleen Sebelius, responding to reporters’ questions after unveiling the exchange website, said the figure was “a realistic target.” Sebelius went further in September, telling NBC News that success for the Affordable Care Act “looks like at least 7 million people having signed up by the end of March 2014.”

The Obama administration walked the target enrollment number back after the website for the federal exchange was plagued with technological problems through October and November. Sebelius said the 7 million enrollment target was not an administration number, but a CBO estimate. Vice President Joe Biden and White House aide Phil Schiliro also distanced the White House from the goal of 7 million enrollees. CBO ultimately dropped its estimate of how many people would enroll on the exchanges down to 6 million, where it remains today.

This wasn’t the first time a CBO number has become a political problem for the healthcare law. When CBO reported that the ACA would reduce the equivalent of 2.5 million jobs over 10 years as people chose to not stay in jobs simply to get health benefits, it became political ammunition for those arguing that Obamacare is a jobs killer. The politicization of CBO and health numbers reaches back to the Clinton era, which saw plenty of skirmishes between the White House and CBO over whether “Hilarycare” would save the money the Clinton administration said it would at the time.

But after all of that heartburn, the revised CBO number is now politically useful for the White House. Drew Altman, the CEO of the Kaiser Family Foundation, took the media to task for reporting on the overall enrollment number as if it was a marker of the law’s policy success. But Altman said the figure is still important as a symbol.

“I think the political significance far outweighs the policy,” Altman said in an interview. “If you think about in a broader context, the ACA has now survived—and it’s an obviously still a hyper-partisan issue strong views on both sides—a presidential election, a Supreme Court challenge, a government shutdown, and the website debacle. And there were big questions about whether people would vote with their feet and show up.”

They have shown up, and the Obama administration has taken a victory lap. For a law that remains mostly unpopular with the American people, it’s a rare bright spot in the public perception of Obamacare. But as Altman and others pointed out, it doesn’t mean the law can be categorized as a policy success.

“In general, the overall number means something, but not necessarily a lot. The bigger the number, the more likely the enrollments represent a broader population,” Cori Uccello, a senior health fellow at the American Academy of Actuaries, said in an interview. But the real determination of whether the law is successful may come from whether insurance plans stick around in 2015—and if the premiums they offer customers don’t increase substantially. And that comes down to whether insurers were able to correctly guess how much their portion of the 6 million plus enrollees will cost them.

“We need to have a context for all of this enrollment. What did insurers expect? That is the important comparison, not CBO,” Uccello said. “If it’s much worse than they expected, they will have to rejigger the rates.”

Uccello said that timeline means plans won’t have all the information they’d like on their enrollees’ health status until 2016. And even then, it’s not clear we’ll ever have a public data set that accounts for people who enrolled under the Affordable Care Act through insurance companies or websites like eHealthinsurance.com, not just those who signed up through the federal exchanges.

In that time period, there’s likely to be another frenzied data point in the debate over the Affordable Care Act. Politically, maybe it’ll be significant, if only for the weight given it to it by the echo chamber. But policy wise? We’re in for the long haul.