Could Arctic Drilling Be the Next Keystone? 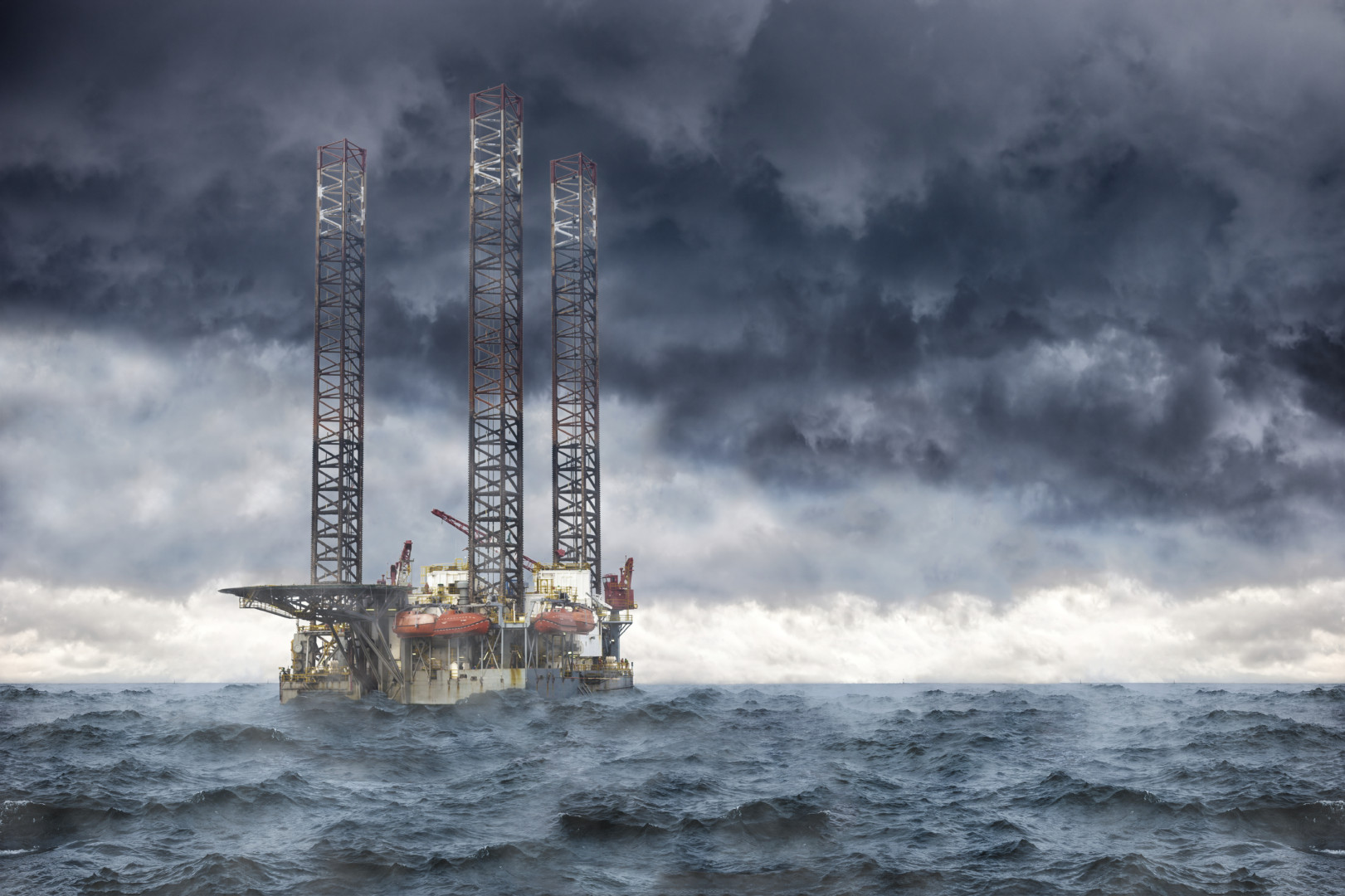 By Davis Burroughs
As Royal Dutch Shell prepares to search for oil at the top of the earth, environmentalists are preparing for what could be the community’s biggest battle since they opposed the Keystone XL oil pipeline.

“Arctic drilling is galvanizing people in a way that we haven’t seen in a while,” said Karthik Ganapathy, a spokesman for 350.org and its activist arm, 350 Action, the group that took the reins in the fight against building the Keystone pipeline. “It resonates with people in a visceral way.”

The spark was lit following the Obama administration’s decision in May to grant Shell conditional approval to conduct exploratory drilling for oil and gas in the Chukchi Sea off Alaska’s northern coast; the Department of Interior’s Bureau of Ocean and Energy Management issued the final permits last week.

Ian Shavitz, an environmental attorney with the law firm Akin Gump, said the Keystone debate showed companies how a concerted opposition effort can threaten business plans. “You need to take proactive steps to make sure that your projects do not become the next Keystone pipeline,” he said.

Though the Oakland, California-based 350 said it doesn’t have plans yet to narrow in on the issue like they did with the TransCanada pipeline permit application, “a lot of groups are looking at this as a big opportunity to engage a lot of people,” Ganapathy said.

Arctic drilling is galvanizing people in a way that we haven’t seen in a while. It resonates with people in a visceral way. – Karthik Ganapathy, spokesman, 350.org

Both Keystone and arctic drilling pit climate-minded environmentalists against corporate interests. And just as Keystone has stretched into a years-long drama, Shell has a long road to hoe before it would be able to sell even a drop of Chukchi oil. A permit to explore is not a permit to drill, giving opponents both in and outside of government a chance to throw up hurdles.

In May, Christiana Figueres, the top climate official for the United Nations, was asked about the decision to allow Shell to look for oil in the Chukchi. While noting that she’s not in a position to comment on a specific U.S. policy decision, she responded by saying: “There is an increasing amount of evidence that points to the fact that we have to keep the great majority of fossil fuels underground….One has to question the prudence of moving forward with these kinds of investments.”

The Keystone opposition found its legs when James Hansen, a former NASA climate scientist, told Bill McKibben, co-founder of 350.org and a leading voice in the environmental community, that building the pipeline would be “game over” for the planet.

McKibben has already attacked Shell’s plans, naming the administration in the process. “The Obama administration’s decision to give Shell Oil the go-ahead to drill in the Arctic shows why we may never win the fight against climate change,” he wrote in a May op-ed for the New York Times. “No one ever says no.”

McKibben, who knows perhaps better than anyone what would have to precipitate in order to birth the next Keystone, also hinted this could be the next big rallying point for greens.

Obama has “given Shell the green light, meaning that, as with Keystone, it will be up to the environmental movement to block the plan.”

Those words didn’t go unnoticed. “When Bill wrote his op-ed slamming the Obama [administration’s decision on Arctic drilling], saying it was a new form of climate denial… it caught fire in a way that I don’t think people really expected,” Ganapathy said. “That shows this issue has some legs.”

“People are really waking up to the idea that drilling in the Arctic is a bad idea,” said Erik Grafe, one of several Earthjustice lawyers representing a coalition of environmental groups looking to stop Shell’s drilling plan. The opposition is twofold, he said; not only does drilling threaten “one of our last truly pristine wildernesses,” but “it doesn’t make sense to try to get the oil that might be there.”

Grafe said that allowing Shell to drill in the Chukchi is “totally incompatible” with the Obama administration’s climate objectives, because “in order to achieve goals on the demand side,” the supply side needs to be accounted for too. He pointed to a recent study in the peer-reviewed journal Nature that found a majority of oil, gas and coal reserves need to stay in the ground in order to limit global warming, a position supported by the United Nations’ Intergovernmental Panel on Climate Change.

The American Petroleum Institute, the top trade association of the oil and gas industry, maintains that drilling in the Arctic is safe and represents “incredible potential for American energy security, jobs and revenue for the government,” Zachary Cikanek, a spokesman for API, wrote in an email.

But Shell – the only company with a lease to drill in the region that’s actively pursuing it – is a long way from turning on the spigot. The company has approval only to explore for oil; while that’s the first step in what environmentalists see as a slippery slope to fully developing the Chukchi’s outer continental shelf, it would still be at least a decade until the first drops Chukchi oil hit the market.

For activists, “it’s not at all too late to reverse course,” Grafe said. Environmentalist efforts helped maroon Keystone in administrative review for 6 years.

And with the finish line still beyond the horizon, Shell’s already limping. The company was initially granted approval to drill in the region in 2012, but that season was plagued by accidents – highlighted by an oil rig that ran aground and had to be towed to safety – leading the Interior Department to halt the oil giant’s activities in 2013.

This time hasn’t been smooth sailing either. Shell’s icebreaker ship, the MSV Fennica, hit an uncharted rock as it was leaving Dutch Harbor for the Chukchi last week. The Fennica was carrying a capping stack, emergency response equipment that Shell needs to have ready for deployment in order to apply for a permit to drill beyond the top sections of wells. Until the ship is repaired in Portland, Oregon, Shell won’t be able to apply for a permit to drill deeper – and once it’s underway, it will have to contend with rappelling protesters who suspended themselves in the ship’s path on Wednesday.

While Shell’s efforts have the support from most Republicans in Congress, some Democrats are less pleased. Sen. Jeff Merkely (D-Oregon) introduced a bill last week that would ban drilling in the region. The legislation, cosponsored by Senate Democrats Al Franken (Minn.), Martin Heinrich (N.M.), Ed Markey (Mass.), Sheldon Whitehouse (R.I.), and Bernie Sanders, a Vermont independent who caucuses with Democrats, has been referred to the committee on Energy and Natural Resources. Because the committee is chaired by Sen. Lisa Murkowski (R-Alaska), an advocate of Chukchi drilling, the bill stands little chance of advancing.

There are also a handful of court cases challenging the permitting and land management decisions in the Arctic, highlighted by a challenge from a coalition of large environmental groups including the Sierra Club and Natural Resources Defense Council, as well as Alaska-based community groups. That suit alleges the Bureau of Ocean and Energy Management performed a “rush and cursory” review of Shell’s plans, and the suit seeks to nullify the company’s permit.

In addition to legal challenges, Grafe said that advocacy groups are looking at an “all-of-the-above strategy” to stop drilling in the area, including: protests, lobbying members of Congress, and developing and promoting climate change science.

If activists can rally like they did with Keystone, Shell could find itself in rough waters as it tries to build out its oil exploration.

Shell did not respond to a request for comment.

This story was updated to include information about protesters attempting to block Fennica’s path.