Even the Most Careful Senate Voting Plans Can Get Derailed 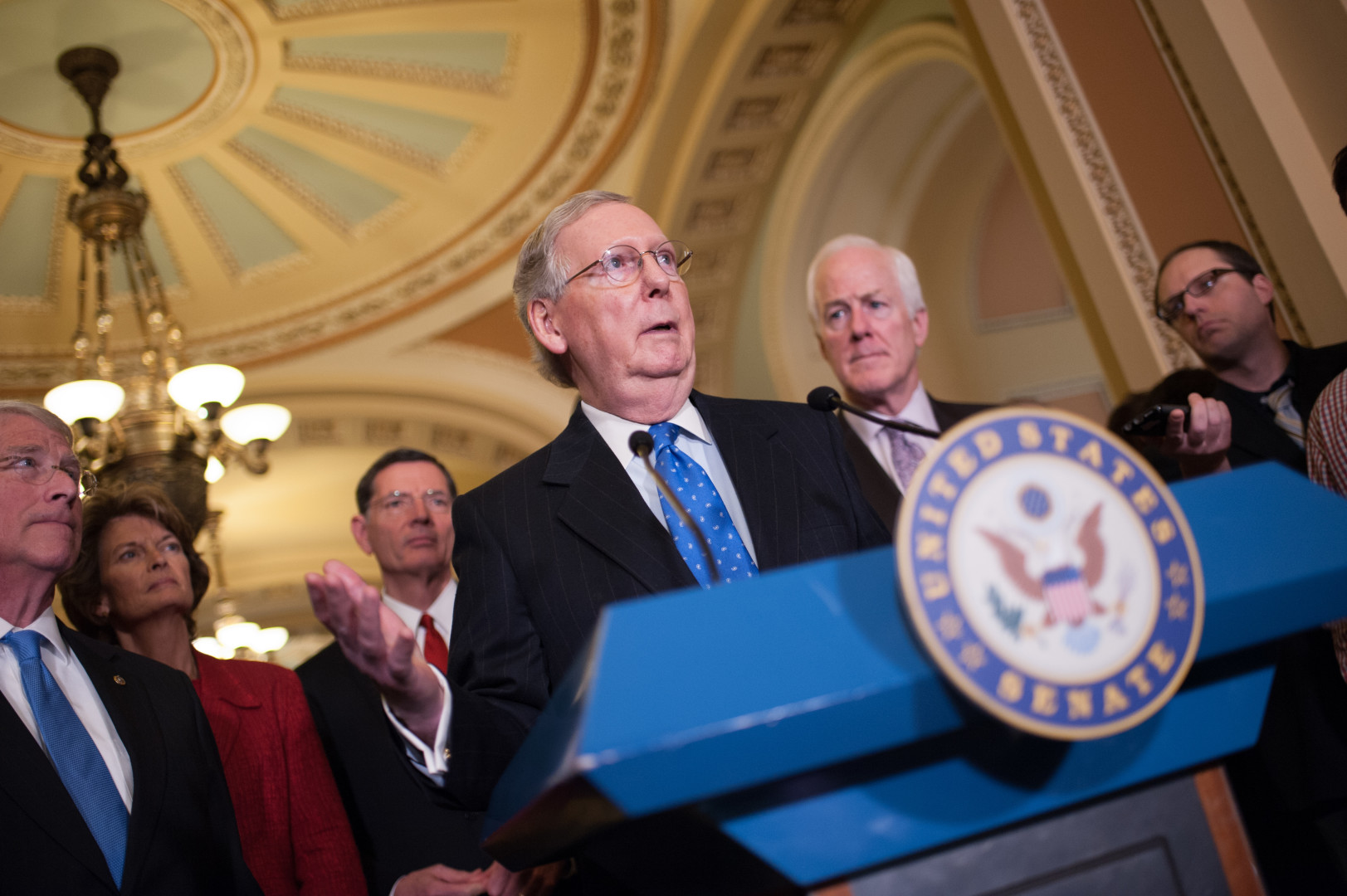 McConnell says the energy bill could return to the floor. (Rob Kunzig/Morning Consult)
By Will Dobbs-Allsopp

Senators in both camps escalated their rhetoric Thursday over the water crisis in Flint, Mich., after failing to reach agreement on crafting an aid package. The dispute effectively put a broadly supported energy bill on life support.

There are political potshots being lobbed from both Republicans and Democrats. But the dispute over how lawmakers should respond to the Flint crisis is deeply rooted in the political philosophies of governance that form the foundations of both parties.

Republicans are inherently suspicious of hastily allocating federal funds to a state problem that isn’t properly understood. That’s why many of them balked at a proposal from Sens. Debbie Stabenow and Gary Peters, both Michigan Democrats, to direct $600 million to Flint for upgrading its water system and building a research center to investigate the long-term impacts of lead exposure.

Legislation in the Senate is always at risk of being derailed by pesky amendments. Unlike the House, senators retain significant individual leverage in submitting amendments and are capable of single-handedly stalling an entire bill.

But the broad-based energy bill that Senate Energy & Natural Resources Committee Chairman Lisa Murkowski (R-Alaska) and ranking member Maria Cantwell (D-Wash.) delicately put together was supposed to be different. The Senate’s top two energy legislators worked amicably to produce compromise legislation that could actually become law in a politically charged election year. Their efforts paid off at the committee level, where the legislative package sailed through on an 18-4 vote.

Murkowski and Cantwell prepared for Senate floor consideration just as thoroughly, working hard to allow dozens of amendments to see the light of day while simultaneously keeping well-trod partisan-messaging votes off the bill.

“We committed to an open amendment process,” Murkowski said about managing her legislation on the floor. “Most members have held back on, you know, whether you call them ‘gotchas’ or ‘gimmes’ or ‘poison pills.’ But there has been a great deal of cooperation.”

Flint was the curveball that derailed it, at least for now. The GOP accused Democrats of trying to score messaging victories by politicizing a tragedy. Democrats, meanwhile, charged Republicans with hypocrisy for suggesting the contamination of Flint’s water supply with heavy concentrations of lead was largely an issue of state and local concern.

“It’s not an effort to in good faith try to solve a problem,” Senate Majority Whip John Cornyn (R-Texas) told reporters after Thursday’s votes. “This is to try to create an issue and a wedge and embarrass people.”

Murkowski said the aid needed to be more thought-out than that. “We saw this with the stimulus. You can almost get too much money, if that’s possible, too much money going in that you can’t spend it out in the way that is best needed,” she said, adding that it was important to come up with a “spend plan.”

“We want to be thoughtful stewards, responsible stewards of the taxpayer dollars,” she said. “The role that we should have should be a proportional role.”

Cornyn, a powerful GOP member in his own right, has been the most vocal opponent of Flint aid. “The fact of the matter is the state of Michigan and the city of Flint don’t yet know what they need to do to fix the problem or how much it will cost,” he said on the Senate floor.

Democrats, on the other hand, say the fact that local and state officials took so long to address the crisis is precisely why federal attention is required. It’s a prime example of small governance gone bad, they say.

“We’ve got kids bathing in water that has lead in it. We have people 18 months away from being able to drink out of a faucet,” Sen. Barbara Boxer (D-Calif.) said. “It is a crisis … because some governor could care less about one of his communities.”

Even veteran negotiators can only anticipate so much. In the Flint tragedy, proponents of the energy bill have run into a brick wall consisting of an urgent crisis that drives directly to the heart of both parties’ identities.

Still, all hope for reaching a deal on a Flint aid package is not lost. Senate Majority Leader Mitch McConnell (R-Ky.) said after Thursday’s votes that Murkowski and Cantwell would continue negotiations with Stabenow, Peters, and other members to find common ground.

“Now that it’s clear there are not 60 votes to end debate on the energy bill, both sides should work to resolve the remaining issues‎ that will get us to final passage,” Cantwell said in a statement Thursday. “We are confident we can work out the remaining issues through good-faith negotiations, including a solution for the water crisis in Flint.”

For now, though, the Senate is moving on to other work. The chamber will return to the Capitol Monday evening for a confirmation vote on a judicial nominee and will turn to a bill imposing new sanctions on North Korea Wednesday.