Donald Trump’s support has again reached its lowest point since Labor Day, with the GOP nominee losing a total of three percentage points since a leaked video prompted nine women to allege that Trump assaulted them.

A POLITICO/Morning Consult poll taken Oct. 13-15 found Trump had 36 percent support, while Democratic nominee Hillary Clinton remained at 42 percent in a four-way race including Libertarian Gary Johnson and Green Party candidate Jill Stein. Trump had worked his way back up to 39 percent immediately after the vice presidential debate, but has since lost any gains he made since the tape was leaked on Oct. 7.

Trump was at 36 percent once before on October 2, following his widely-criticized performance at the first presidential debate and a New York Times report that found he possibly had not paid income taxes for decades.

Clinton, in contrast, has hovered around 42 percent support since the first debate. 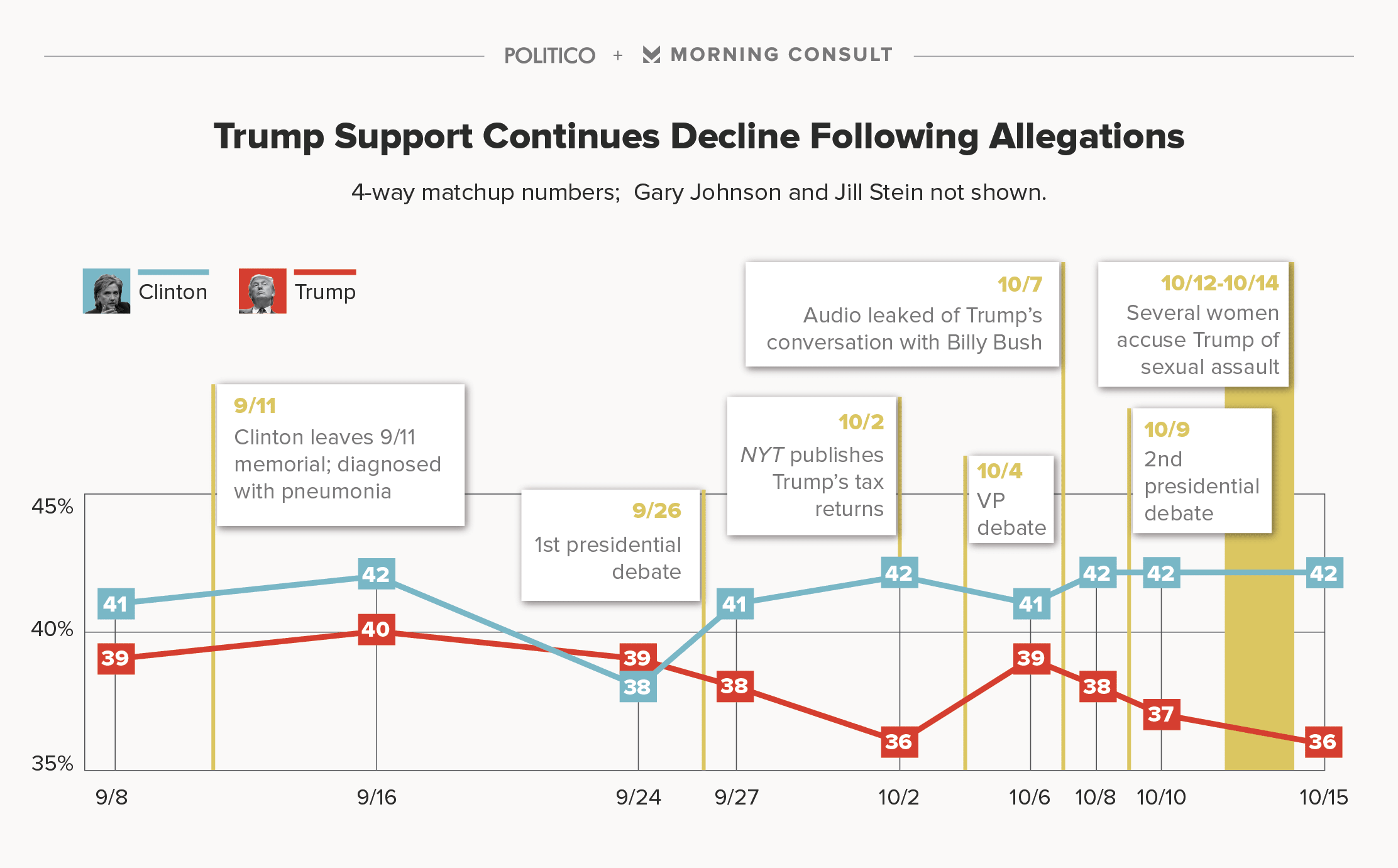 Since the tape leaked, Trump has upped his rhetoric questioning the outcome of the election. On Sunday, Trump tweeted about the presidential race being rigged by the media and “at many polling places.” 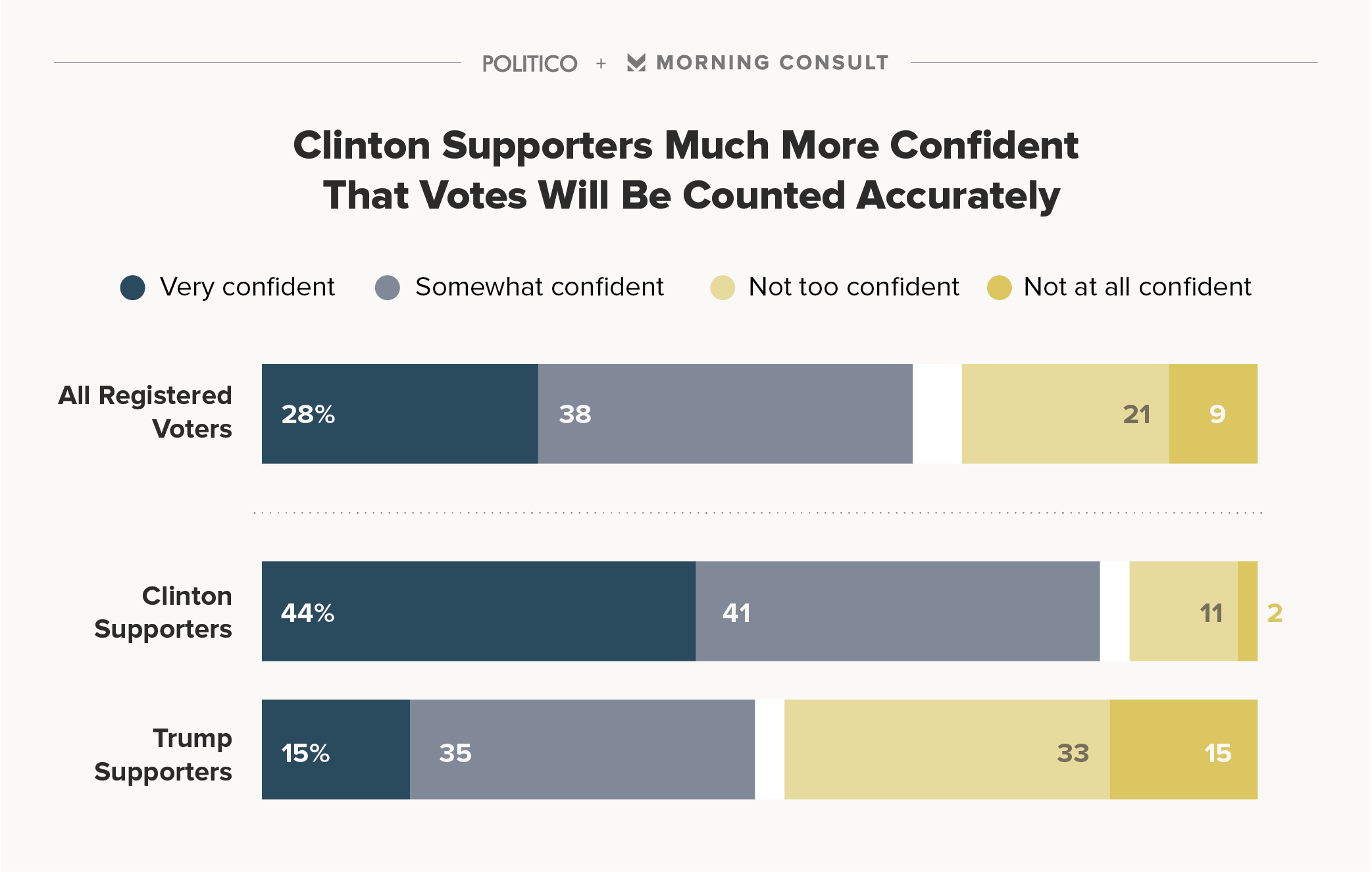 The POLITICO/Morning Consult poll was conducted from Oct. 13-15, among a national sample of 1,737 likely voters. The margin of error is plus or minus two percentage points. You can see more details on the trend questions and topical questions at the links.