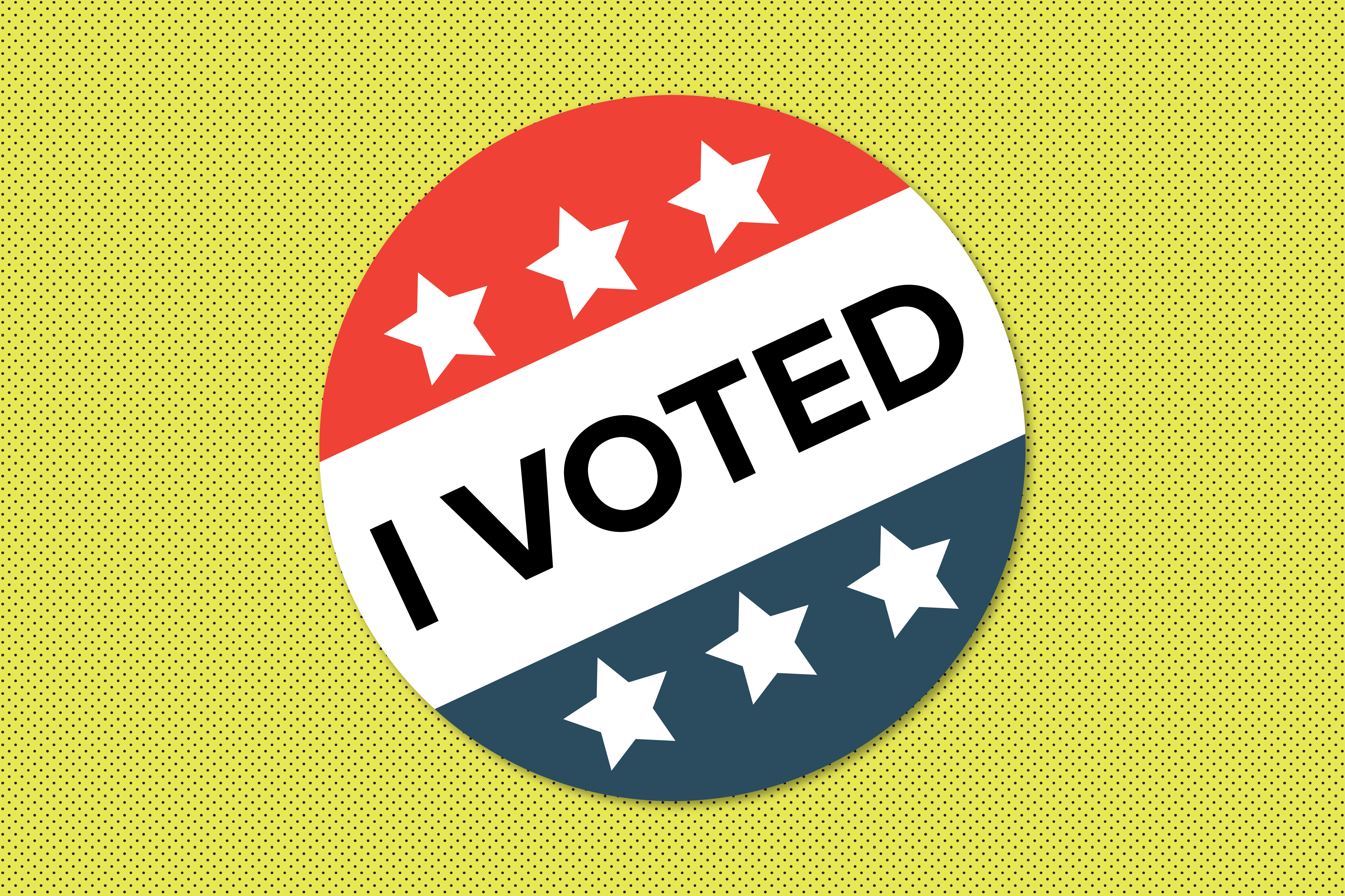 Hillary Clinton has a substantial edge over Donald Trump so far when it comes to their campaigns’ respective ground games, a new Morning Consult/POLITICO exit poll of nearly 10,000 voters shows. 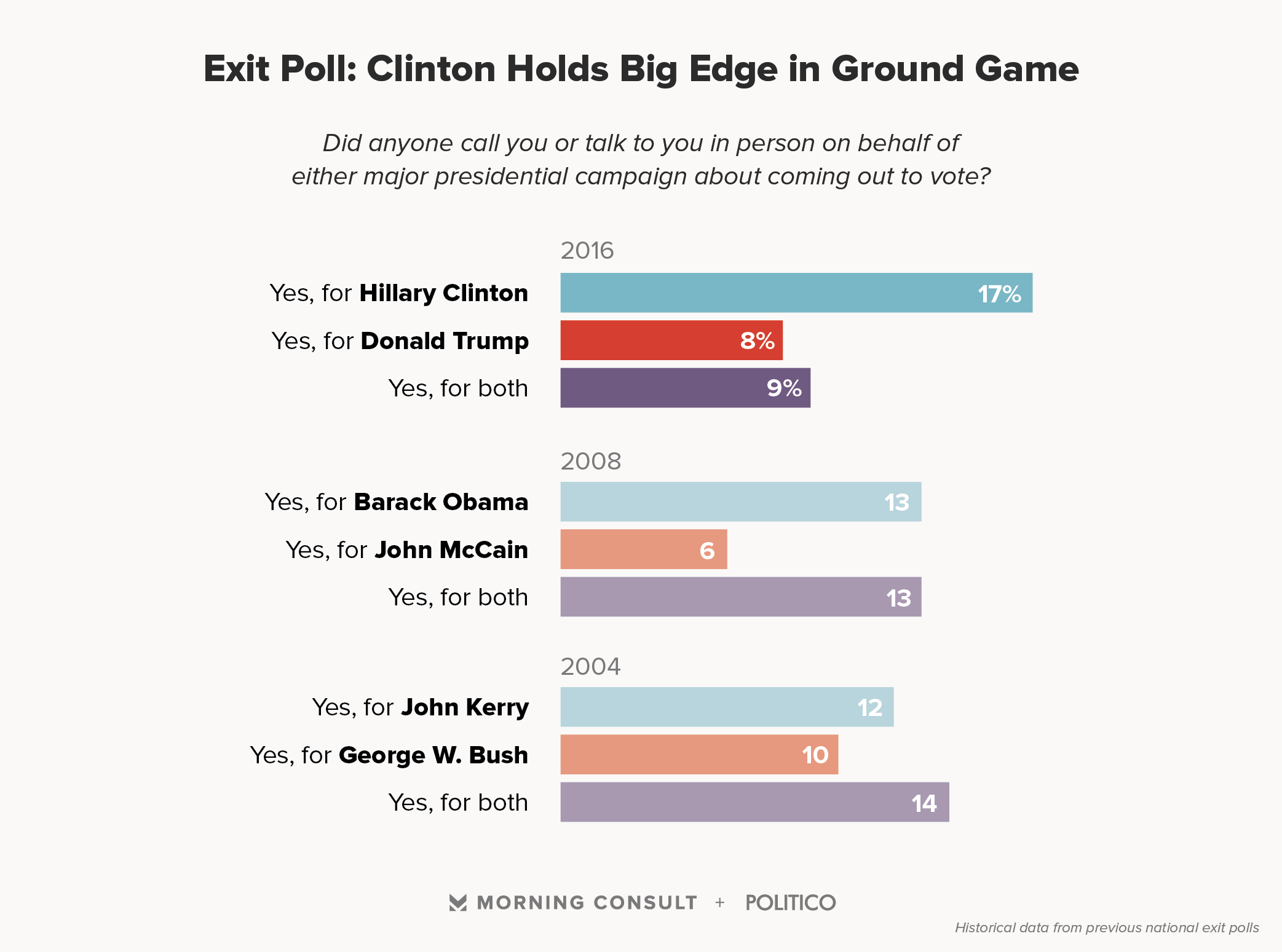 The data also shows that Clinton’s ground game is tracking with President Obama’s vaunted operation in 2008, when, according to the National Election Pool, 13 percent of voters said they’d heard from his campaign. Six percent that year said they heard from Sen. John McCain (R-Ariz.).

Fourteen percent of voters who cast their ballots for Mitt Romney in 2012 heard from Trump this election, while 26 percent of those who supported Obama were contacted by Clinton’s campaign.

In terms of age, Clinton made the most contact with the youngest voters, aged 18-34, reaching 28 percent of them, compared with just 9 percent for Trump. The only age group Trump’s campaign made contact with as much as Clinton’s were voters aged 65 or older.

Obama Not a Huge Factor

Rejecting another four years of President Obama’s policies has been a Republican talking point in this election, but so far a majority of voters say the president was not a factor in their vote.

A healthy majority (69 percent) also said they expect Clinton to continue Obama’s policies if she wins the election, compared with one in five (20 percent) who think she would take the country in a different direction. Democrats (28 percent of whom) were the most likely to think she would deviate from the president’s path, while 83 percent of Republicans and 69 percent of independents think of her as a rubber stamp for his agenda.

Still, Obama’s legacy looms larger than the last time a Democratic president was set to leave the White House. In 2000, when the country elected George W. Bush instead of Vice President Al Gore, the National Exit Poll shows 70 percent of voters said former President Bill Clinton wasn’t a factor, compared with 10 percent who said they were casting their ballot to express support for him and 18 percent said it was to voice opposition.

Voters Agree: The Winner Has a Mandate

Most voters agree on the stakes of the election. More than half of voters (55 percent) say Tuesday’s winner will have a mandate for governing, compared with 23 percent who said it doesn’t and another one-fifth (22 percent) who didn’t know or had no opinion.

Along partisan lines, Democrats were slightly more likely than Republicans, at 62 percent vs. 55 percent, to say the election gives the victor a mandate. Independents (42 percent of whom) were considerably less likely to say the winner would have a mandate. 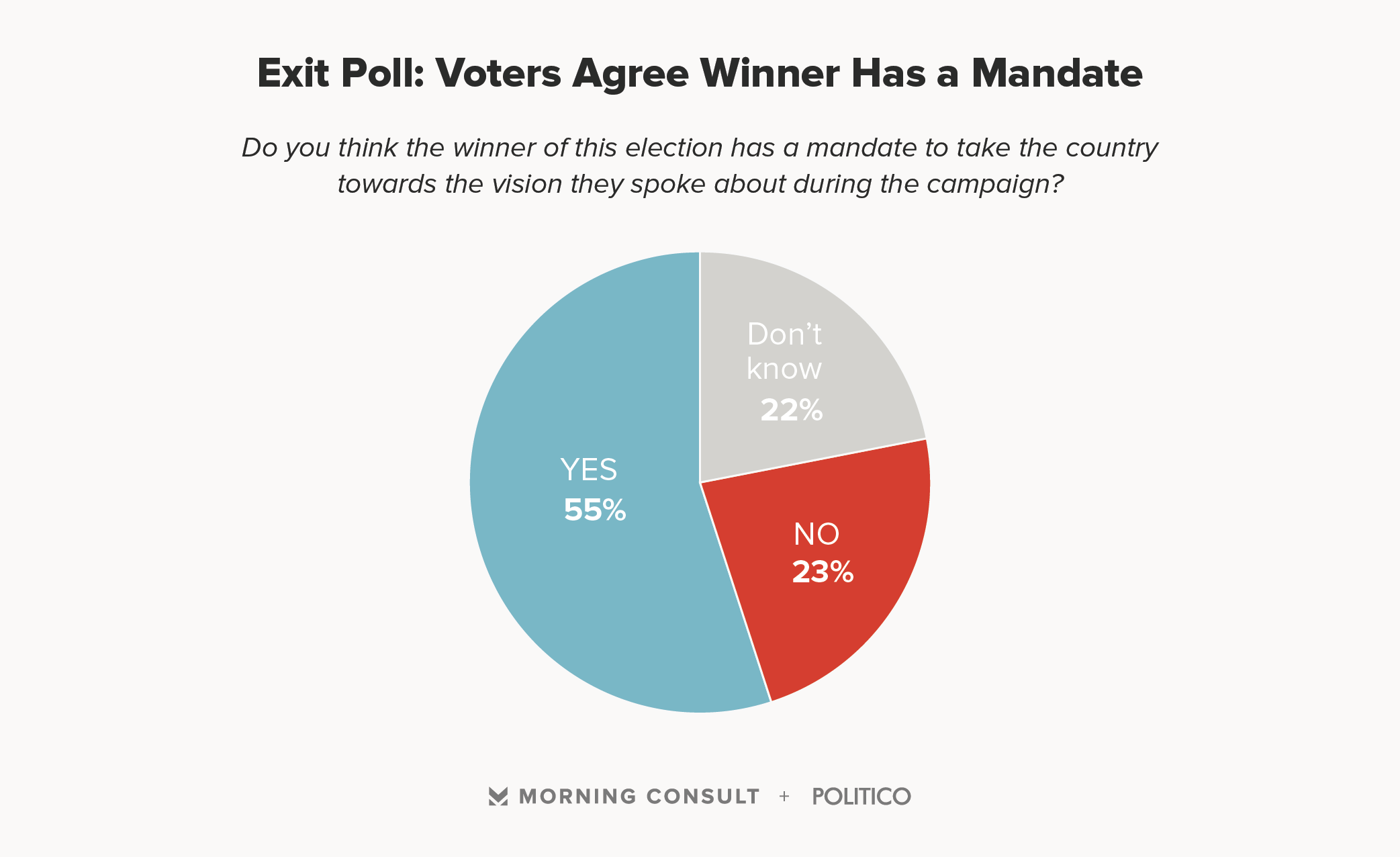 The Morning Consult/POLITICO Exit Poll was conducted October 18 – November 8, 2016 among 9,704 early/Election Day Voters. The interviews were conducted online and the data were weighted to approximate a target sample of registered voters based on age, race/ethnicity, gender, educational attainment. The results have a margin of error of +/- 1 percent.