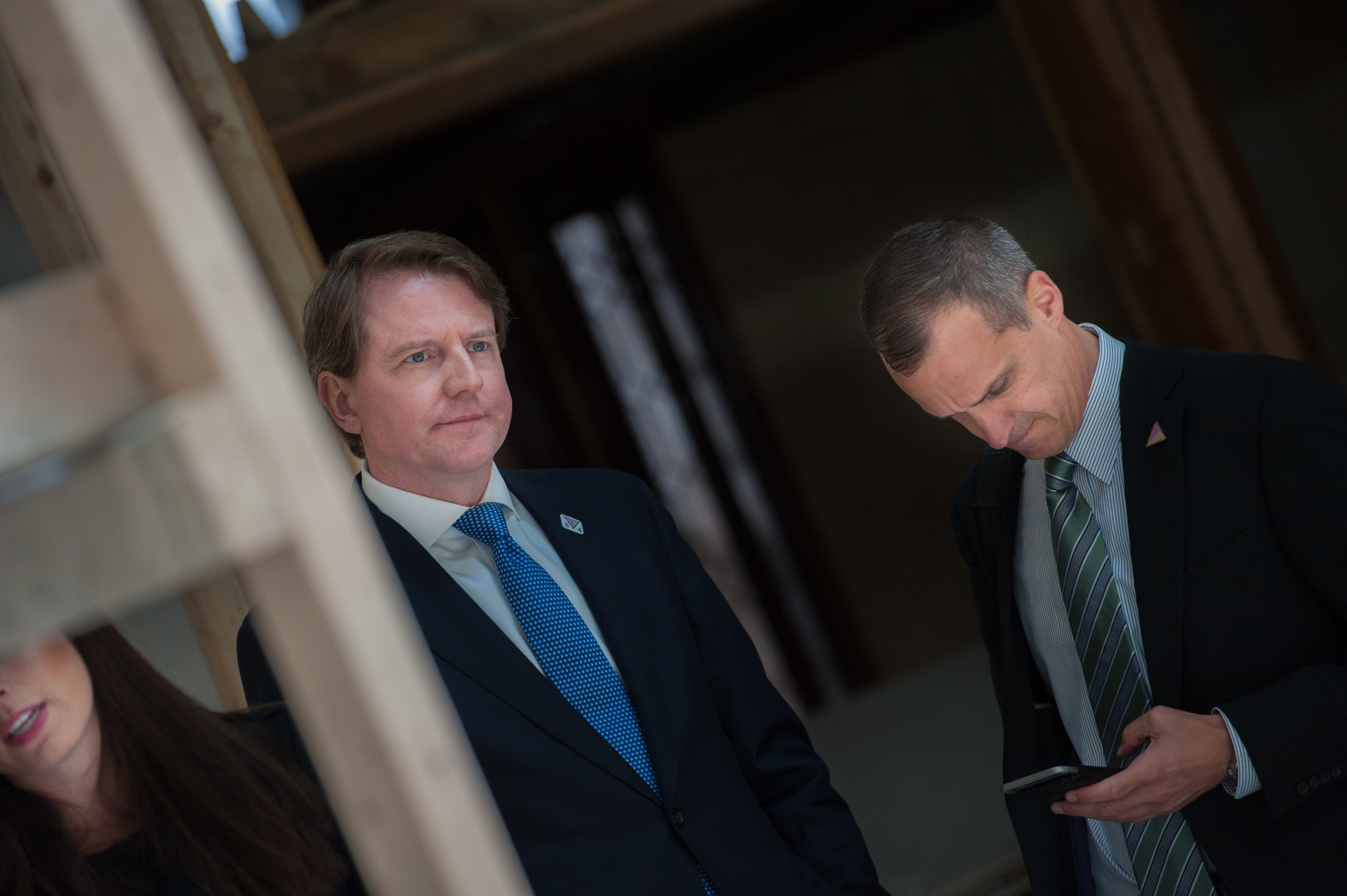 Corey Lewandowski, who served as campaign manager for Donald Trump through much of the campaign, is being considered to replace Reince Priebus as chairman of the Republican National Committee, according to a GOP source.

The combative campaign manager-turned-CNN pundit is a “legit” contender for the job, a senior Republican aide said Monday. (Lewandowski resigned from CNN late last week amid reports he’s seeking a job in the Trump administration.)

Priebus is heading to the White House to serve as Trump’s chief of staff, and Sean Spicer, the RNC’s chief strategist, said Monday that both Trump and Priebus “will have an impact” on who the next chairman will be. But, Spicer added, the ultimate decision would be made early next year by the 168 members that make up the RNC.

Another name being floated for the job is Matt Pinnell, the former chairman of the Oklahoma Republican Party. A state party chairman said Monday that Priebus “was a big fan” of Pinnell, who now serves as the RNC’s liaison to state parties.

Former Hewlett Packard CEO Carly Fiorina, who ran an unsuccessful campaign against Trump for the Republican nomination, raised eyebrows about her own interest in the job earlier this year when she began reaching out to state party chairs. But her relationship with Trump is rocky after a campaign which featured sparring from the duo.

Republicans said Monday they do not believe there will be much of a fight for the job. It’s a different story on the other side of the aisle, with a competition brewing among Democrats after the party’s losses up and down the ballot last week. On Monday, Rep. Keith Ellison made his candidacy to lead the Democratic National Committee official.

“We must champion the challenges of working families and give voters a reason to show up at the polls in 2018 and beyond,” the Minnesota Democrat said in a statement. “We must build a bench not just for federal candidates, but for state and local candidates across the nation.”

Ellison has substantial backing on Capitol Hill, including the endorsements of outgoing Senate Minority Leader Harry Reid (D-Nev.), his presumed successor Sen. Chuck Schumer (D-N.Y.) and Sen. Bernie Sanders (I-Vt.). Ellison, a progressive and the first Muslim elected to Congress, serves as a co-chair of the Congressional Progressive Caucus.

But he’s not alone in the race. Former Vermont Gov. Howard Dean, who led the DNC’s effort ahead of their successful 2006 and 2008 cycles, has also lobbied for a return to the position, stressing that the chairman should not hold elected office simultaneously. Former Maryland Gov. Martin O’Malley also voiced interest in the position.

Veteran political strategist Donna Brazile has served as the interim DNC chairwoman since Rep. Debbie Wasserman Schultz (D-Fla.) resigned in disgrace last summer. Wasserman Schultz was seen as favoring Hillary Clinton in the Democratic presidential primary. Brazile has also been at the center of controversy, after leaked emails showed her handing over a prepared question to the Clinton campaign before a town hall.