President Donald Trump has been in office for less than a month, but according to a new poll he’s already America’s worst president in modern history.

With Presidents Day approaching on Monday, a Morning Consult/POLITICO survey asked registered voters across the country to evaluate each Oval Office occupant since World War II. Recency and partisanship appear to be at the forefront of voters’ minds: 26 percent of respondents said Trump was America’s worst president, with Barack Obama at 25 percent.

RELATED: Warren Wouldn’t Beat Trump in 2020, but Another Democrat Would 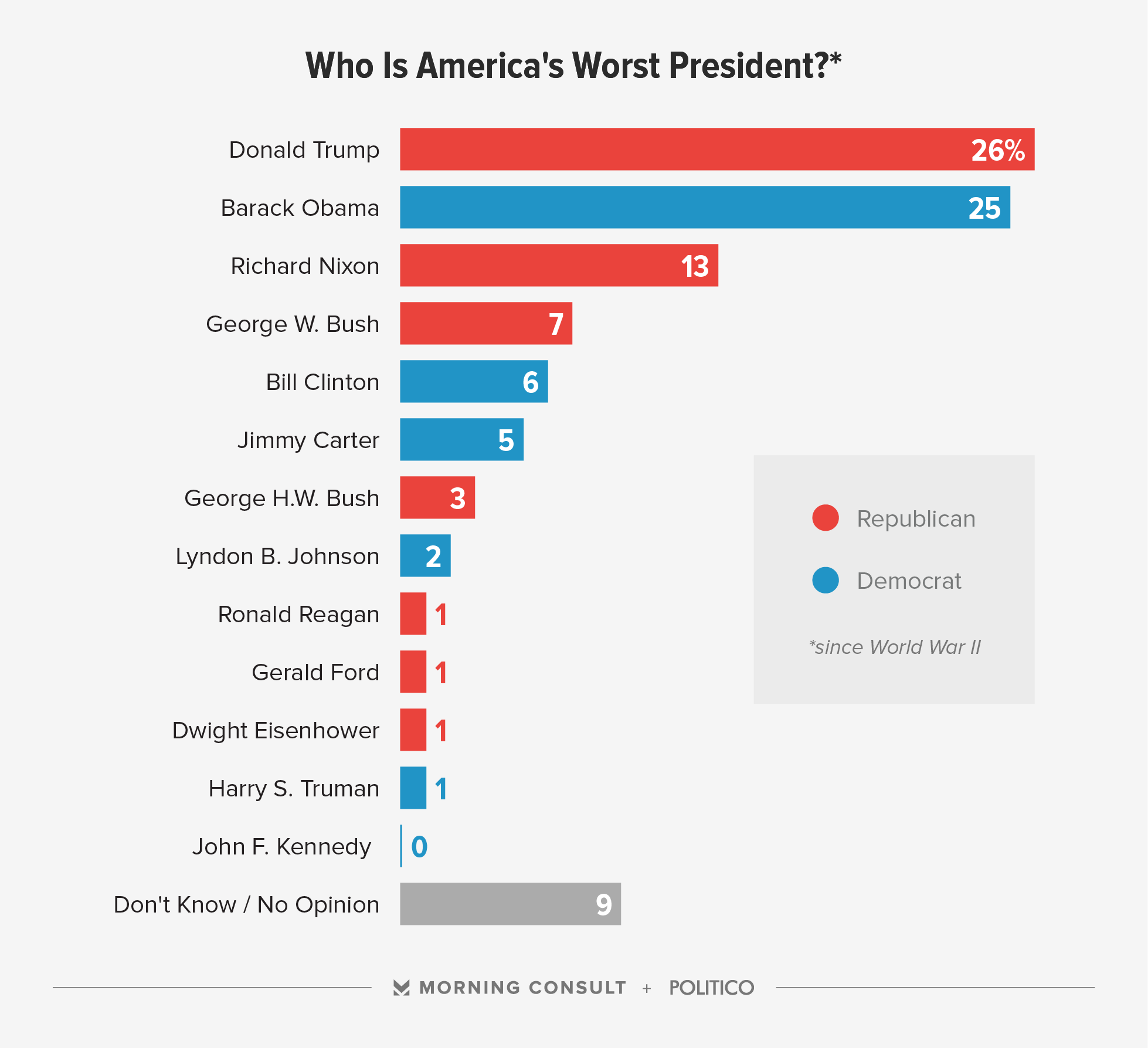 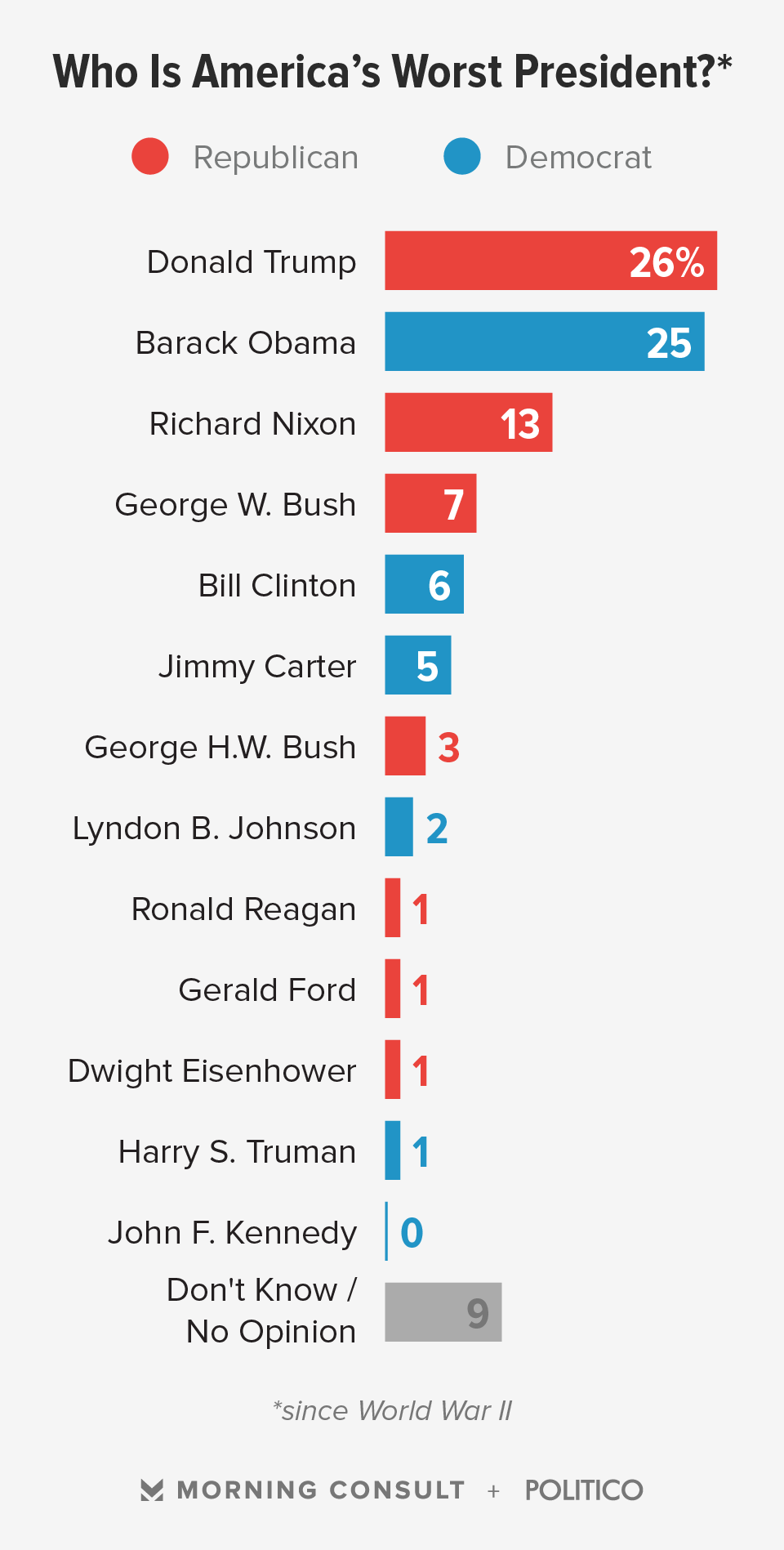 While 49 percent of Republicans said Obama was the worst president, 47 percent of Democrats said the same about Trump. Independents were split, with 23 percent choosing Trump and 22 percent picking Obama.

Get the latest data and news on politics and policy from Morning Consult by subscribing here.

Meanwhile, 20 percent said Obama was the best president since World War II, compared with just six percent of voters who said Trump has been the best.

Voters also say Obama’s legacy is likely to improve, with 47 percent saying they think he will go down as an outstanding or above average president. That percentage includes 40 percent of independents and 22 percent of Republicans. The public’s outlook on Trump’s future is more pessimistic. About one-third (32 percent) said he will go down in history as an outstanding or above average commander-in-chief, while 38 percent said he would be viewed as a poor president. Twenty percent said the same about Obama.

Voters have a slightly rosier view of George W. Bush than Obama: While 55 percent of respondents have a positive view of each president, Obama is viewed unfavorably by 43 percent of voters, compared with Bush’s 39 percent.

The national survey polled 1,791 registered voters on Feb. 9 and Feb. 10 and has a margin of error of plus or minus 2 percentage points. See the crosstabs here.