Poll: People Won’t Fly United If Another Airline Has an Identical Flight 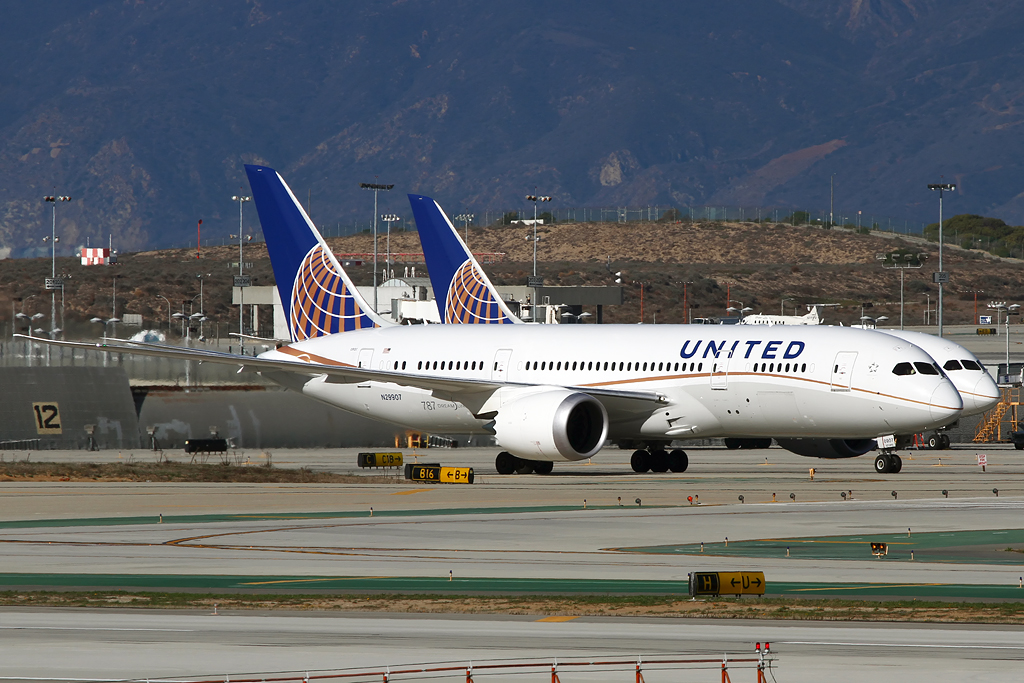 photo via flickr/wilco737
By Laura Nichols

People are so mad at United Airlines that more than 40 percent of those who have heard about the airline recently also say they would pay more money and endure a layover to avoid flying with the company.

Public outrage started after a video emerged showing police dragging a passenger off a flight last week to make room for United Airlines employees. On Wednesday, participants in a Morning Consult poll were asked to pick a United or American Airlines flight between New York and Chicago.

Among people who had heard of the incident, 79 percent chose an American flight instead of United. The beleaguered airline eventually grabbed a majority of customers when the American flight was more expensive and longer. But even then, 44 percent said they’d rather fly with American Airlines. 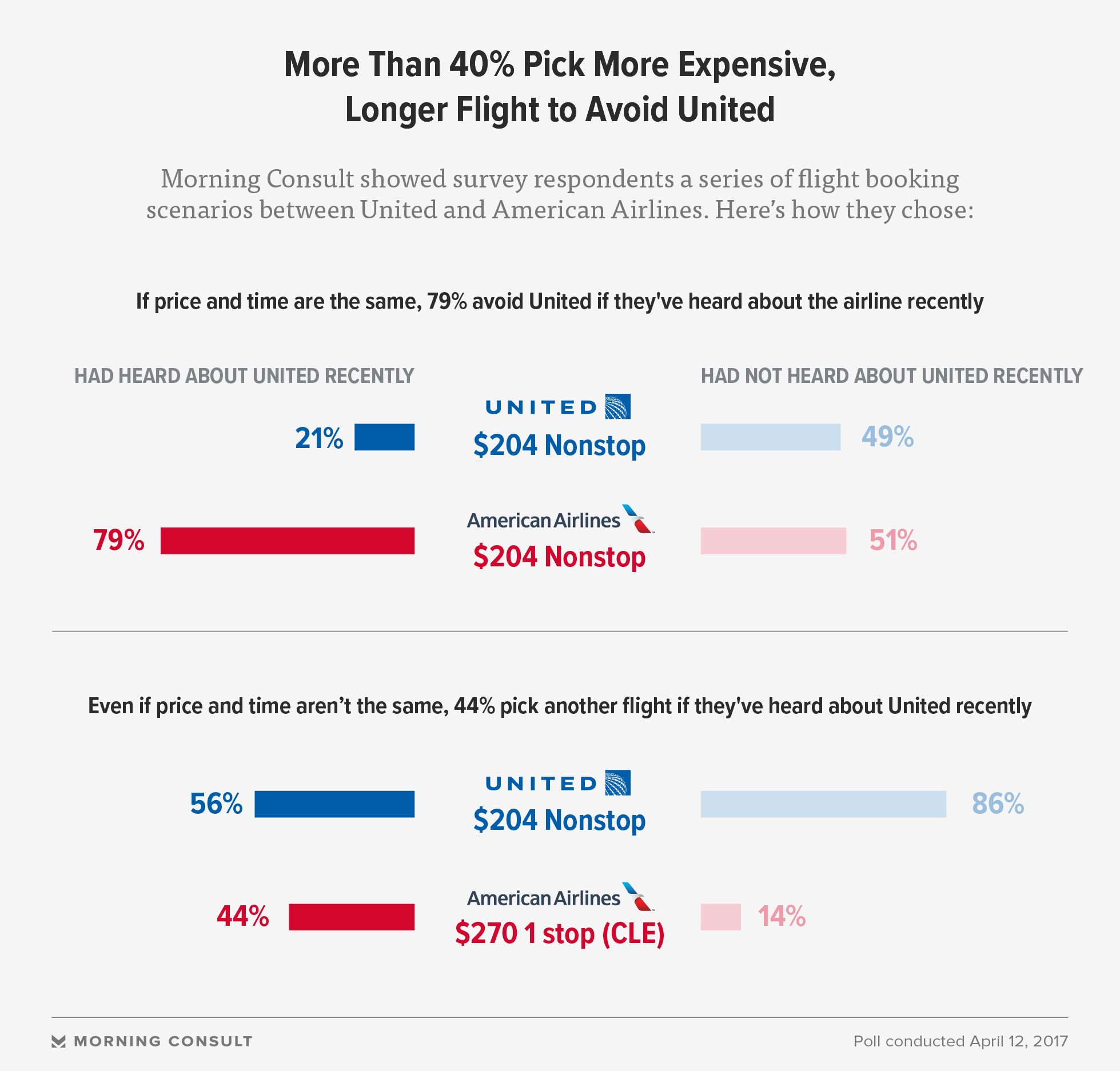 This only happened, however, with people who said they’d heard about United recently. The 30 percent of respondents who said they hadn’t heard about the airline recently were split almost 50-50 when it came to identical United or American flights. As United flights got cheaper or shorter, about 8 in 10 said they’d take United.

But Loraine Lau-Gesk, a professor at the University of California at Irvine business school, said people’s sentiments against United may not last. Airlines are essentially a commodity because most people don’t fly more than twice a year; true brand loyalty is harder to come by when people are simply making their choices based on cost.

Lau-Gesk, who specializes in understanding consumer choice, said while her idealistic side holds out for people sticking to what they believe is right “so that companies realize that it does affect the bottom line,” the reality is otherwise.

“Memory fades,” she said, which leads to people moving on and focusing on the next wave of news that demands their attention.

On Thursday, United released another statement reiterating its apology to the afflicted customer and promising “immediate, concrete action” to prevent any similar incidents.

Polling was conducted on April 12 among a national sample of 1,975 adults. See full results here.