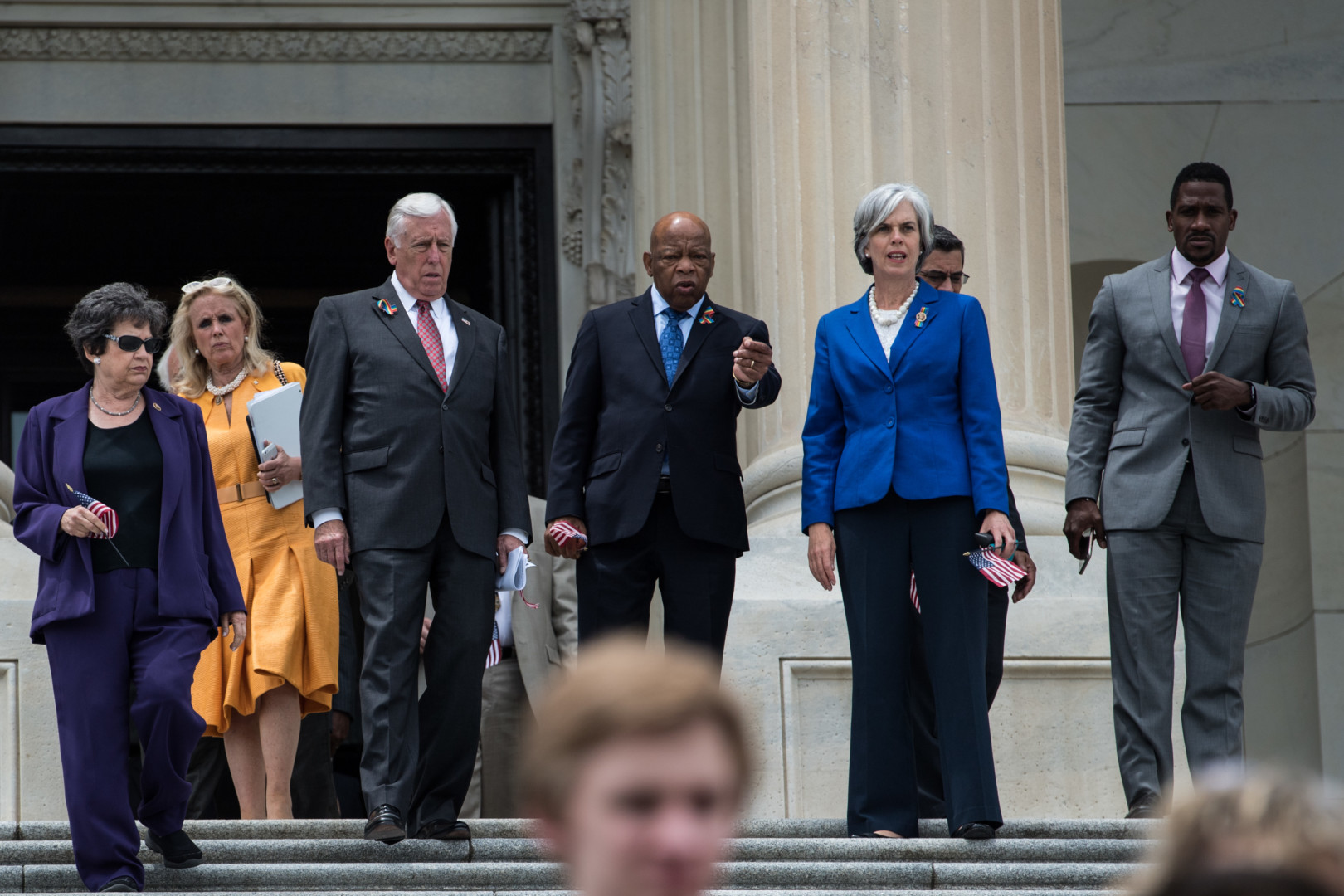 House Democrats emerge from their daylong sit-in to protest a lack of votes on gun control. (Rob Kunzig/Morning Consult)
By Jon Reid

The House on Tuesday adopted the rules for the 115th Congress in a 234-193 vote. Before the vote, Democrats ripped the rules package, which makes it easier for Republicans to move forward with repealing Obamacare, and punishes lawmakers for live-streaming on the House floor in an effort to quash sit-ins, among other partisan provisions.

One measure that would gut the Office of Congressional Ethics was pulled from the package just hours before the vote, after Democrats, watchdog groups and President-elect Donald Trump rebuked GOP lawmakers for including it.