What Voters Say Obama Did Best 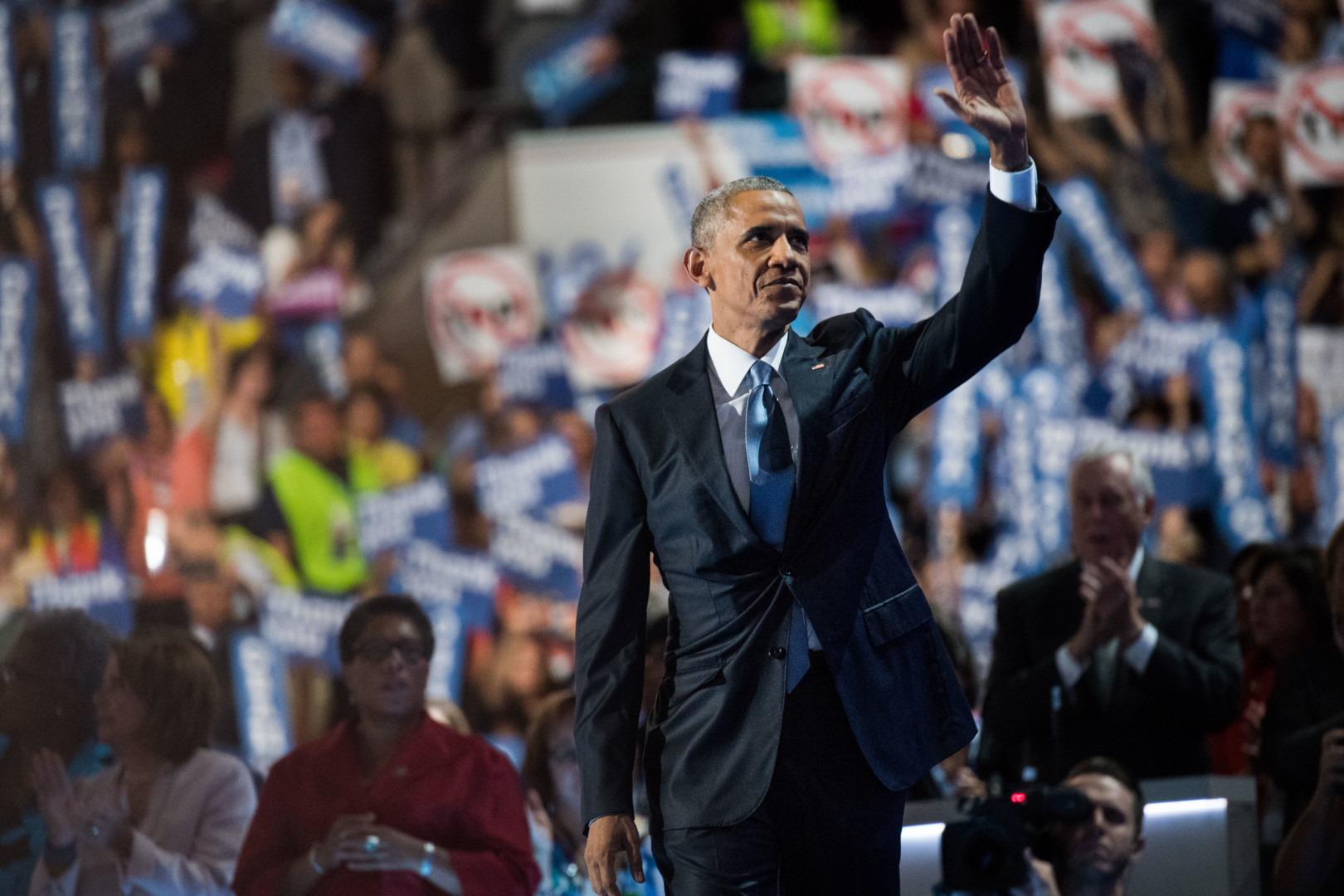 As President Barack Obama prepares to leave office after eight years in the White House, voters who evaluated his performance in a new Morning Consult/POLITICO survey gave him high marks on three issues: the economy, gender equality and racial equality. 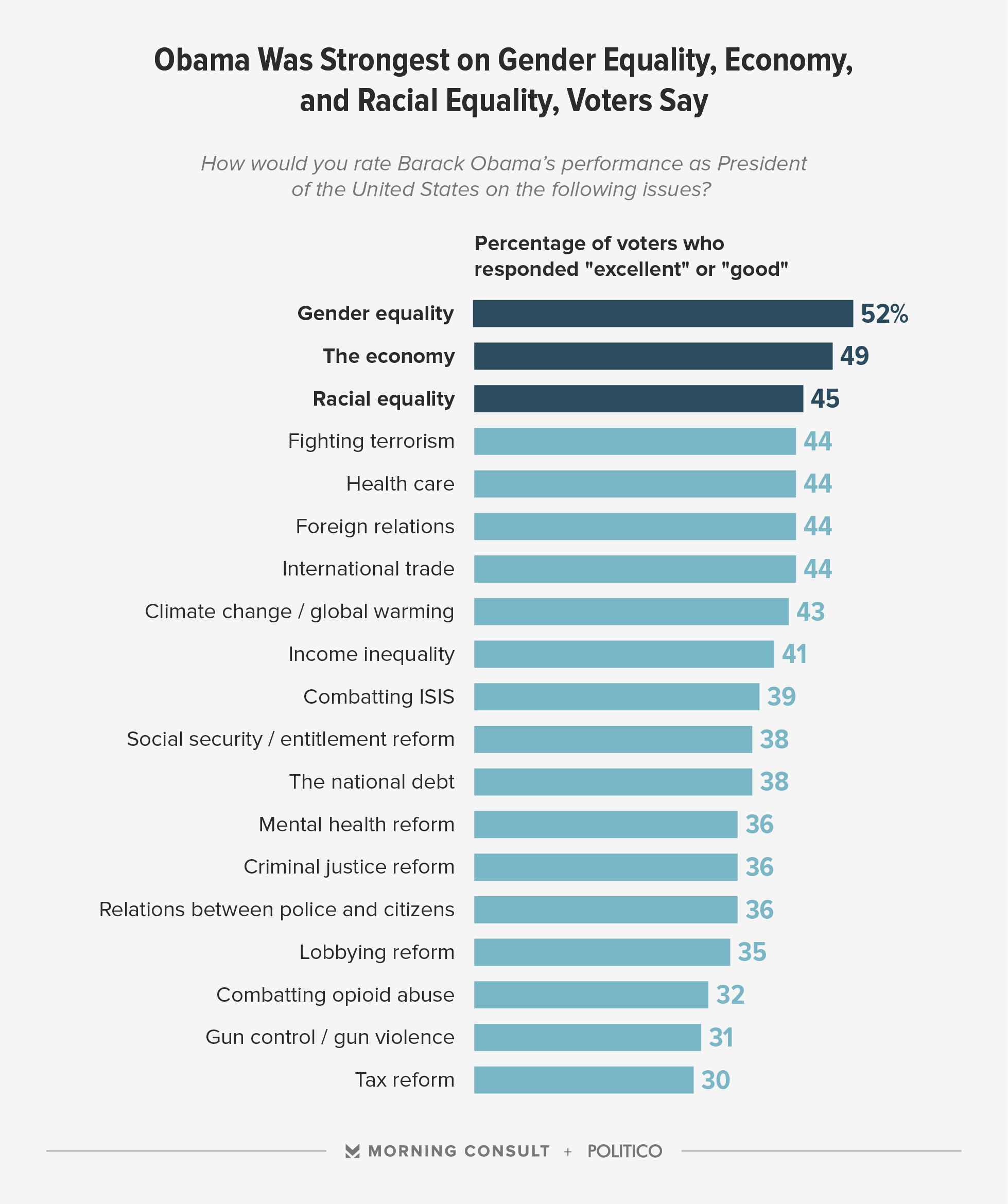 Partisan influences played a sizable role in which aspects of Obama’s performance voters viewed favorably, with Democrats most likely to back the 44th president for his work on the economy and in fighting terrorism. Republicans overall gave him poor marks but said he was more effective on equality issues and combatting climate change. Independents said Obama was best on the economy and equality issues, while also voicing considerable support for his work on health care. 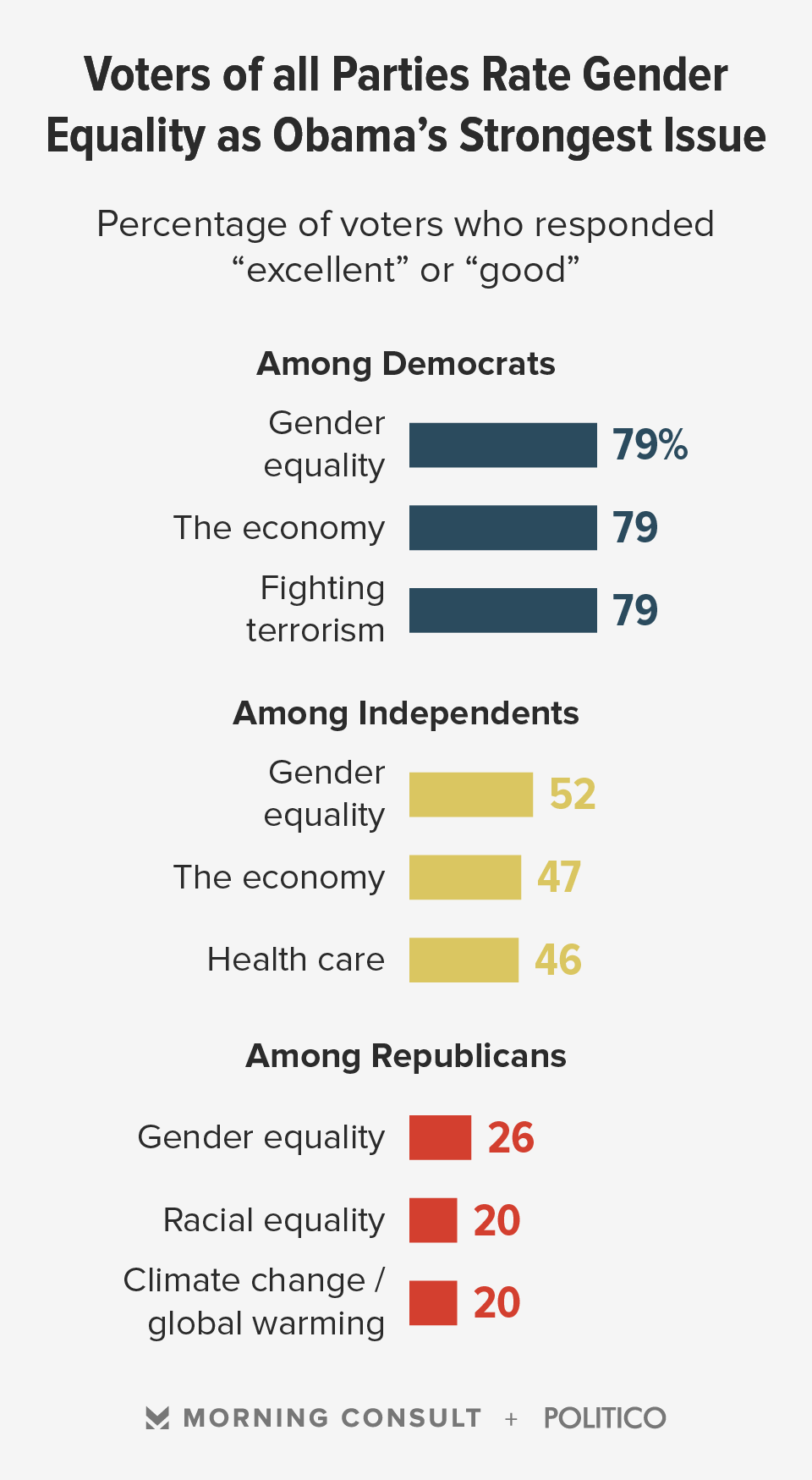 Obama, who signed into law the Lily Ledbetter Fair Pay Act, the reauthorization of the Violence Against Women Act and ushered in many benefits for women through the Affordable Care Act, had the highest marks from voters on gender equality: 52 percent of respondents rated his performance on that issue as either good or excellent, including 26 percent of Republicans, who graded the president higher on that subject than any other.

Forty-nine percent of respondents gave Obama positive marks for his work on the economy, which grew steadily under his stewardship as the United States climbed out of its worst recession since the 1930s. While 79 percent of Democrats and 47 percent of independents said Obama’s performance on the economy was good or excellent, Republicans did not share that view: 15 percent of GOP voters graded the president’s economic performance positively.

Obama leaves the White House with a 53 percent approval rating, while Donald Trump’s performance as president-elect lags 11 points behind, at 42 percent, ahead of Inauguration Day.

The national poll, conducted from Jan. 12 through Jan. 13, consisted of 1,991 voters and has a margin of error of plus or minus 2 percentage points. See the full results here.