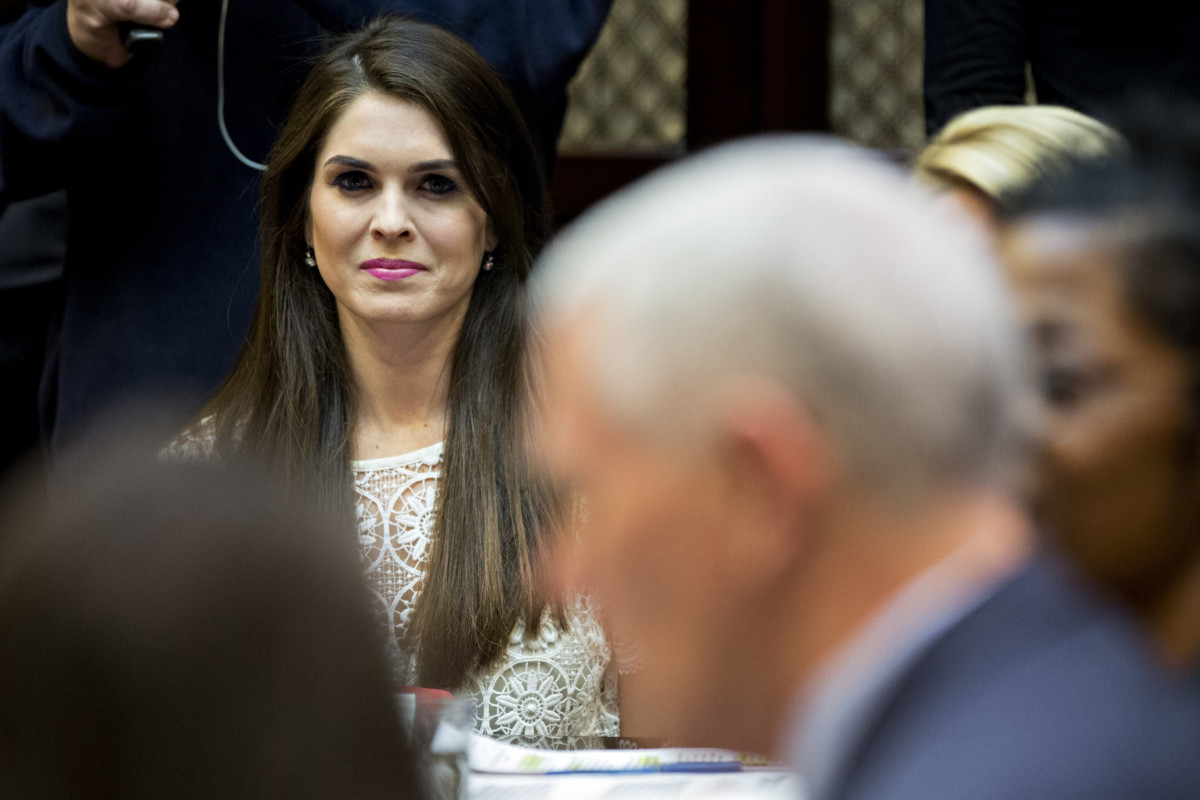 Hicks, unknown to most voters, will lead White House communications on an interim basis. (Andrew Harrer-Pool/Getty Images)
By Cameron Easley

Hope Hicks, a longtime aide to President Donald Trump, has been named the White House’s interim communications director — a move that could raise her profile.

According to a new Morning Consult/POLITICO survey, Hicks is the most unknown high-level staffer working at the White House. Three-quarters of registered voters have never heard of Hicks, 28, who has worked as the White House’s director of strategic communications since Trump’s inauguration after handling communications for the duration of his campaign.

It’s not surprising that the public is relatively unaware of Hicks, who is most often seen seated off to the side of the podium during White House press briefings. She shies from the spotlight, rarely going on the record with journalists and avoiding surrogate appearances on television altogether. While Hicks is widely unknown among the public, she is said to have earned the trust of the president, whom she has worked for since 2014, and is often in the room during his wide-ranging interviews with various media outlets.

Boris Epshteyn, a prominent Trump campaign surrogate in 2016 who briefly worked in the administration, praised Hicks’ abilities via email Wednesday.

“Hope is incredibly talented and is widely respected,” said Epshteyn, who now serves as chief political analyst for the Sinclair Broadcast Group. “She will continue to do a great job for President Trump, the administration and the American people.”

Hicks’ appointment represents a stark departure from her immediate predecessor, Anthony Scaramucci, who was let go before he could officially assume the role after making surreal on-the-record comments to Ryan Lizza of The New Yorker in late July. 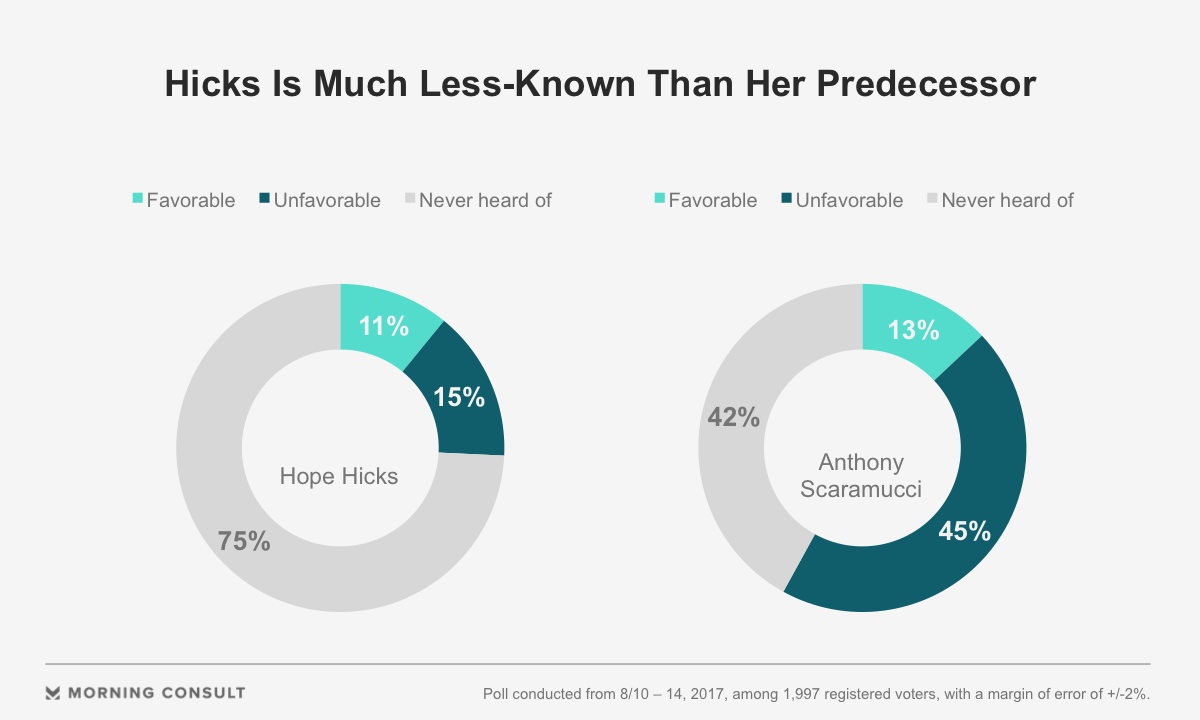 Despite a record-breaking short tenure of 10 days in charge of Trump’s communications shop, the New York financier commonly known as “The Mooch” was more familiar to registered voters across the country. In the new survey, 42 percent of respondents said they hadn’t heard of Scaramucci, roughly the same share (41 percent) who said they’d never heard of Jared Kushner, husband of Ivanka Trump and a consistent subject in news reports concerning the Federal Bureau of Investigation’s probe of suspected Russian interference in the election and potential collusion between Trump campaign associates and the Kremlin.

The data also shows that much of the attention Scaramucci garnered was negative — and his image has only worsened since his firing. In a Morning Consult survey from late July — immediately after his comments to The New Yorker were published — 19 percent of respondents said they viewed him favorably and 34 percent did not. In the new survey, the share of voters disliking Scaramucci rose to 45 percent, while his favorability dropped to 13 percent.

The communications director position has been something of a revolving door and a target of repeated criticism from the president for the press shop’s handling of various controversies. Sean Spicer (set to depart the White House later this month) originally held the role, along with his title as press secretary, before longtime Republican strategist Mike Dubke took the job in mid-February. His tenure was also brief, lasting only three months before he submitted his resignation in mid-May. A Morning Consult survey around that time found a slim plurality of registered voters (38 percent) trusted the national political media over the White House (32 percent), a shift in favor of news outlets from an earlier Morning Consult poll.

Staff shake-ups in general have been relatively common at this White House, and voters appear to be taking notice. The late July survey found 60 percent of voters thought the administration was running chaotically, with 38 percent of those respondents describing it as very chaotic. Strong majorities of independents and Democrats viewed the White House operation as chaotic, while 62 percent of Republicans disagreed.

This story has been updated with comment from Epshteyn.