Most Responsible to Recognize Fake News? Poll Says Readers Themselves

When it comes to fake news, a majority of people think internet service providers, social media platforms, search engines and the government all share responsibility for removing the misleading content.

But when asked who is most responsible, U.S. adults point to the reader, according to a recent Morning Consult poll.

The proliferation of fake news online went from debating the effect on the U.S. presidential election to having real consequences on Dec. 4, when a man allegedly opened fire at a Washington pizza restaurant that’s at the center of an unfounded conspiracy theory.

RELATED: Which Media Outlets Do Americans Think Are the Most Credible?

But American adults aren’t exactly sure who carries the most responsibility, besides themselves, according to a Morning Consult poll of 1,605 adults. The survey found that 67 percent of respondents said search engines like Google are responsible for ensuring people are not exposed to fake news. Sixty-six percent said the same about the person reading the news. Social media sites like Facebook and Twitter had 63 percent of people say they should act as gatekeepers, while 56 percent said the government has that responsibility. 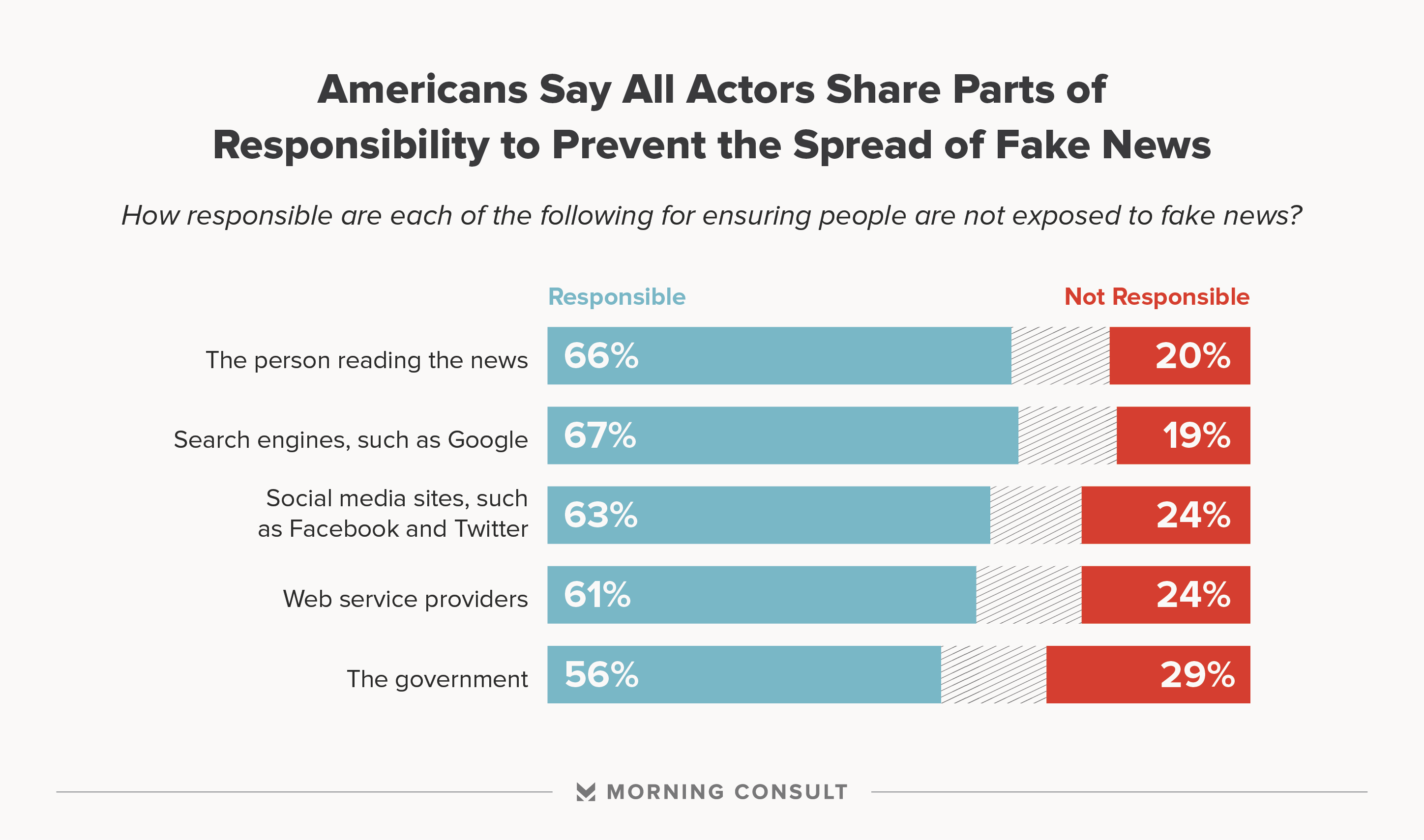 But when asked who has the most responsibility, 24 percent said it’s the person reading the news. The second-highest response was “don’t know,” with 20 percent. Social media sites came in at 17 percent, and search engines trailed with 9 percent. Fourteen percent of respondents said that responsibility falls on the government’s shoulders. 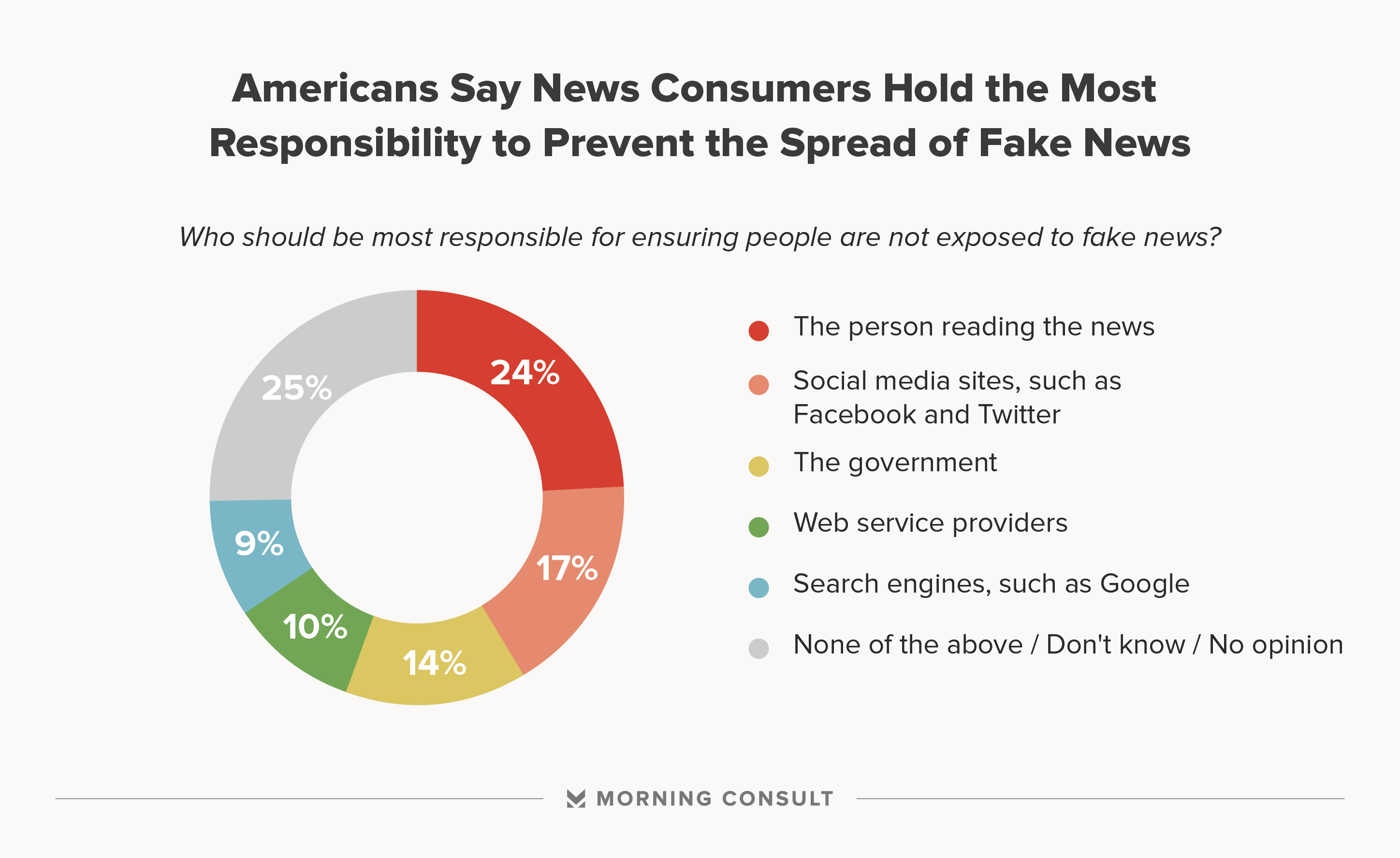 On Sunday, a man armed with an assault rifle went into a pizza shop in Washington at the center of conspiracy-fueled attention from Hillary Clinton detractors, according to the Washington Post. The pizzeria’s owner acknowledged the incident in a Facebook post that evening, and he reiterated the stories being circulated about his restaurant have “no basis in fact.”

It’s unclear what influences the spread of conspiracy theories — a reader’s inability to identify fake news, political bias or something else — but some respondents said they trust sources not known for authenticity.