Despite the proliferation of coverage of fake news and historically low opinion of the media, a majority of adults think most cable news networks and major newspapers are credible, according to a Morning Consult poll.

RELATED: Who Should Be Responsible for Policing Fake News?

And while it’s unclear how people’s views on the media predict their ability to detect fake news from reporting, the adults polled said they see it in their social media feeds frequently. Thirty-one percent said it happens more than once a day, and 55 percent said they have started reading a story only to realize it was fake. 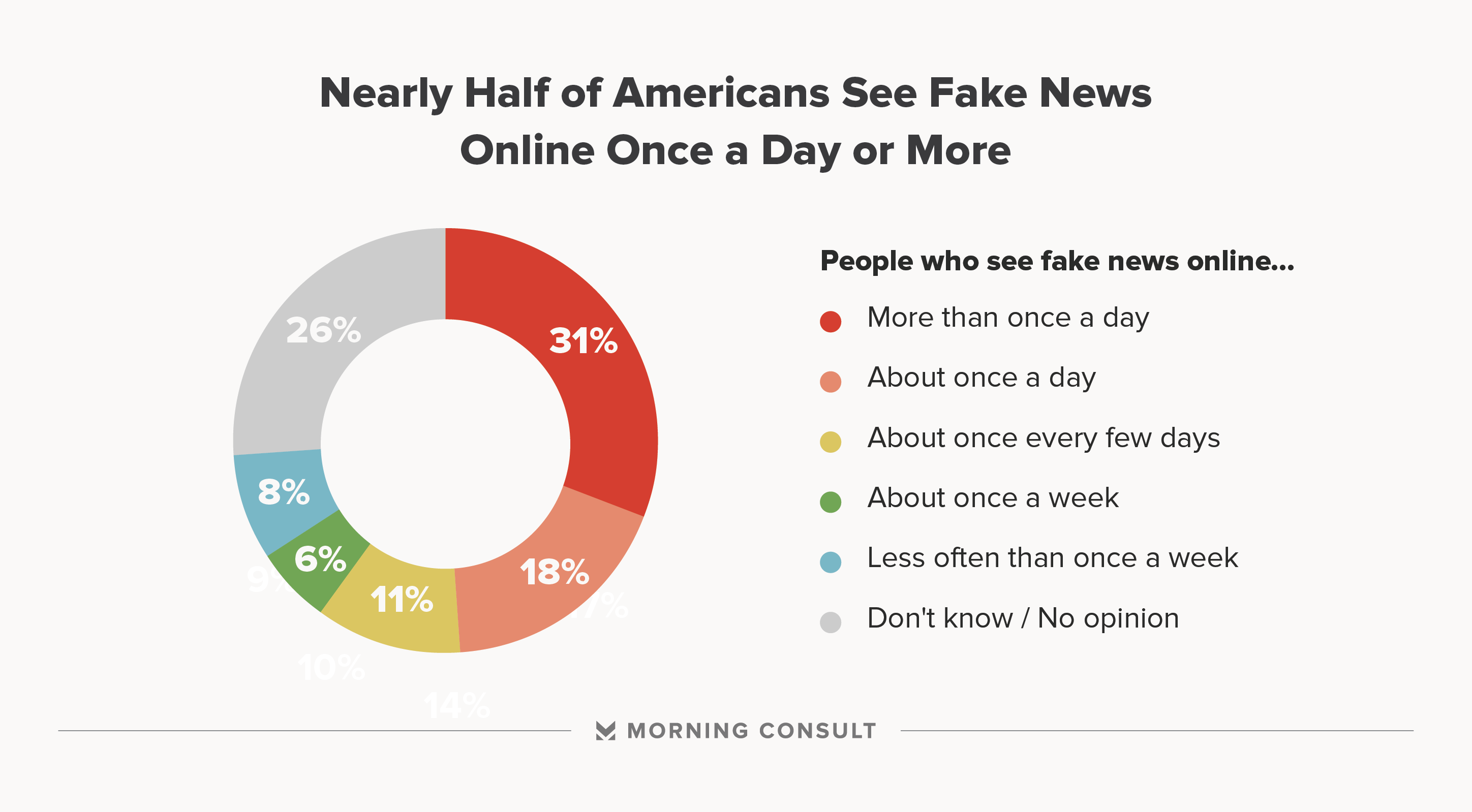 Television news gets the highest number of people saying they are credible, with major newspapers such as The New York Times not trailing far behind. ABC led all outlets with 67 percent of people saying it is credible, and CNN was top among cable news networks with 60 percent. Sixty-five percent said both CBS and NBC are credible and 55 percent said the same about the more partisan MSNBC and Fox News channels. 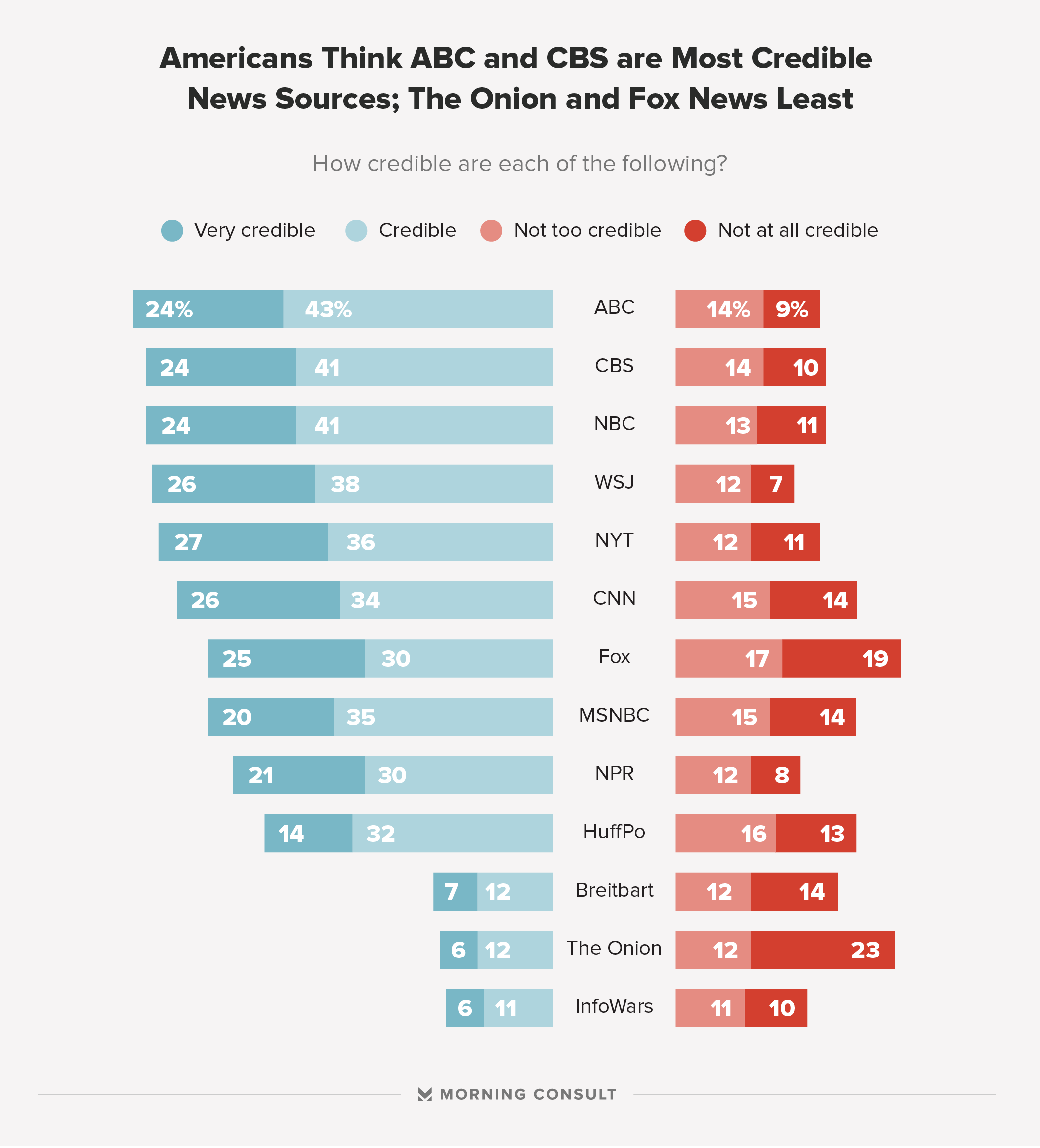 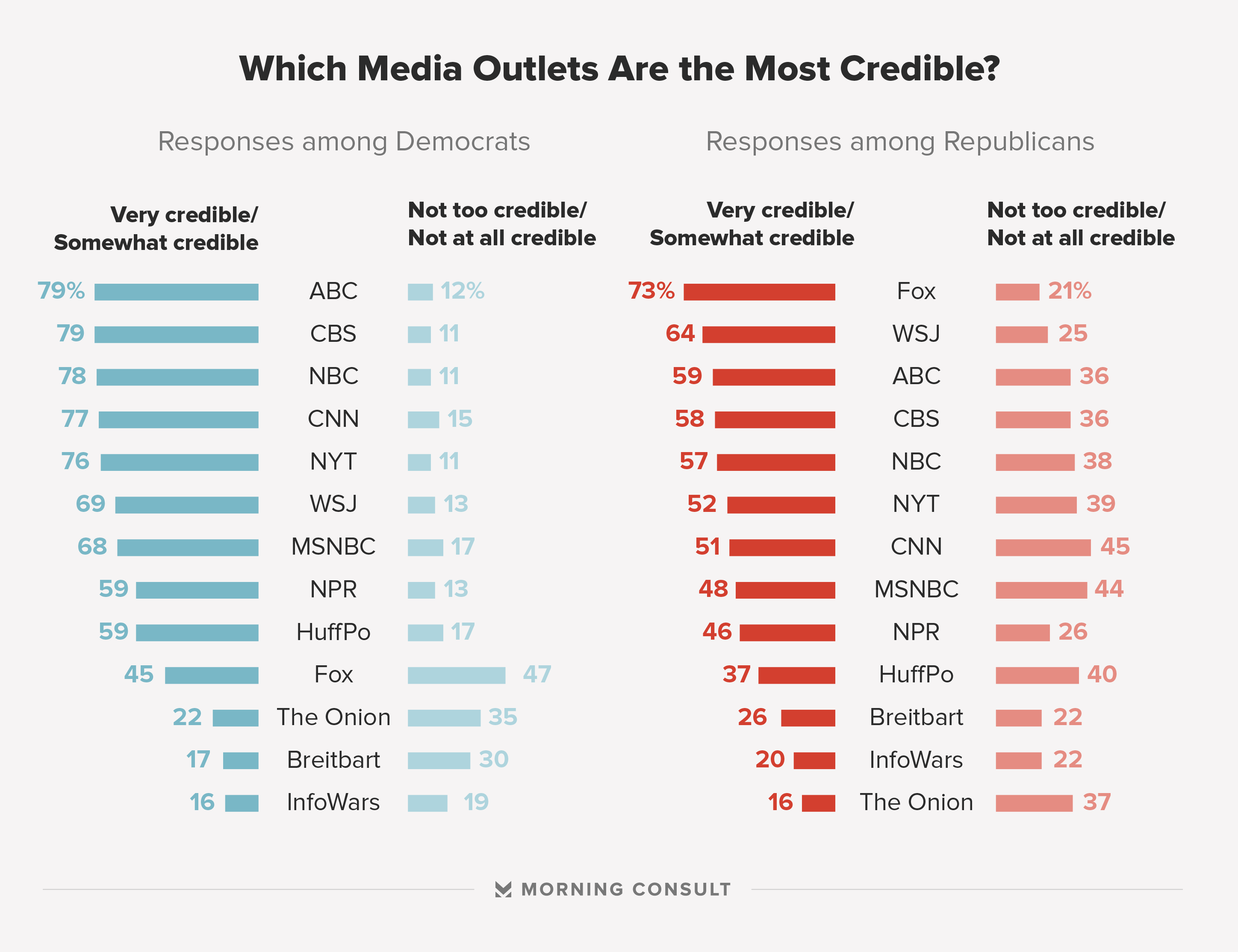 Correction: The third chart in a previous version of this story misstated CNN’s credibility numbers among Republican voters.