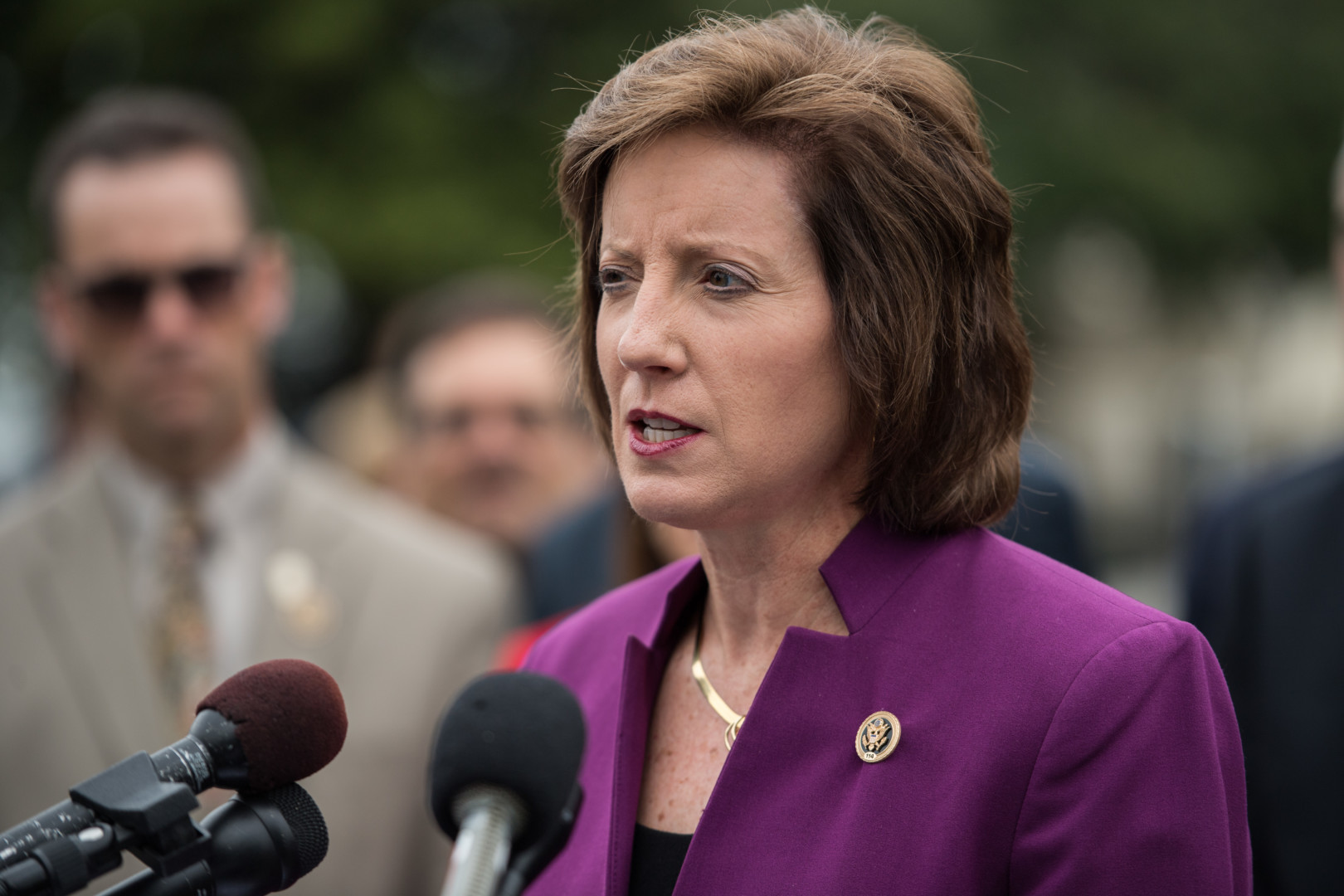 Rep. Vicky Hartzler (R-Mo.) said Monday she would not seek her party’s nomination to challenge Democratic Sen. Claire McCaskill, who is widely viewed as one of the most vulnerable senators seeking re-election next fall.

The announcement came less than two weeks after Rep. Ann Wagner (R-Mo.), who had been expected to run, said she would instead seek another term in Congress rather than risk losing her federal perch in a Senate race with little certainty for either party.

“I and my family took a hard look and prayed faithfully about running for the United States Senate,” Hartzler, a conservative who gained prominence for her social views, said in her statement. “While I am honored by the support I’ve received, it is my belief this race is for another solid conservative to pursue and win in 2018.”

Just who that “sold conservative” will be is yet to be known. Republican leaders, including Vice President Mike Pence and Senate Majority Leader Mitch McConnell (R-Ky.), have spoken with state Attorney General Josh Hawley about the race, and he is expected to have the party’s support if he seeks the GOP nomination.

Last week, the conservative Club for Growth released details about a poll showing Hawley with a 46 percent to 42 percent lead over McCaskill in a head-to-head matchup. A separate poll, conducted July 7 and July 8, showed Hawley leading McCaskill, 50 percent to 44 percent.

McCaskill is tied for fourth when it comes to the least popular senators up for re-election in 2018, according to Morning Consult’s latest Senator Approval Rankings.

Two Republicans close to Hawley said they believe the 37-year-old attorney general is now leaning toward a run, viewing the public pressure from Republicans, allied groups and campaign donors as license to shrug off a commercial he used in his 2016 primary campaign that criticized ladder-climbing politicians.

But Hawley is still considering his young family and possible judicial ambitions, rather than political ones.

“He knows if he’s not going to run, he’s got to say it. He knows it’ll take some time and prep to get it right,” said one Republican who is close to Hawley, who requested anonymity to discuss sensitive conversations. “He’s not saying no. He is starting to make some phone calls. He just doesn’t want to rush.”

Many in the Show Me State, from activists to local lawmakers, say the young law professor-turned-politician may be their key to success, drawing stark contrasts with McCaskill. And unlike another possible Republican candidate, Hawley has no state legislative voting record.

A lawyer with expertise in business litigation by trade, the former two-term state senator drew the ire of some conservative judicial groups, and perhaps more important now, some influential businessmen, when he opposed several tort reform measures in the state Senate. He also voted to allow greater foreign business ownership of the state’s agricultural land – something that is opposed by many farmers.

But Schmitt, like Wagner, has access to the donor community in wealthy and populous St. Louis, an important fundraising base for any candidate starting without a federal campaign account. Last week, McCaskill said she raised $3.2 million in the second quarter of this year.

Already in the race is Austin Petersen, a former libertarian presidential candidate who is viewed as a long-shot for the nomination. State Rep. Paul Curtman, who founded the Missouri legislature’s less antagonistic version of Congress’s House Freedom Caucus, said last week that he is exploring his own candidacy for Senate.

Curtman, who cannot seek another term in the state House due to term limits, got the attention of Missouri conservatives in 2009 when he attended a town hall forum, organized by McCaskill’s office, and railed against the health care bill Congress was considering at the time. The next year he was elected to the state House and quickly rose to serve as vice-chairman of a committee tasked with downsizing the state government. He has served as a committee chairman in his three subsequent terms.

In a July 13 interview, the day he announced he was exploring a run, Curtman said he was not going to make a “hasty decision.” If he does run, he said he is not worried about fundraising issues. “Money has not made a hill of beans worth a difference” for other candidates, he said.

Curtman said he also is not worried about a primary campaign becoming brutal or damaging. Republicans in Missouri and Washington worry that an expensive contest could elevate a weakened candidate to run against McCaskill, who is not expected to face a serious Democratic challenger.

“Those types of campaigns, we still have those types of bitter campaigns,” he said. “But that has to do with what type of man or woman the candidate is. People want a statesman. There not looking for someone who is going to split them with these personal issues or personal attacks.”

Curtman said Hawley is “facing a lot of pressure,” while noting that Hawley’s decision will not effect his own on whether to run.

“I know he’s got a big decision to make,” Curtman said. “I know there’s a lot of people who want him to make a commitment.”